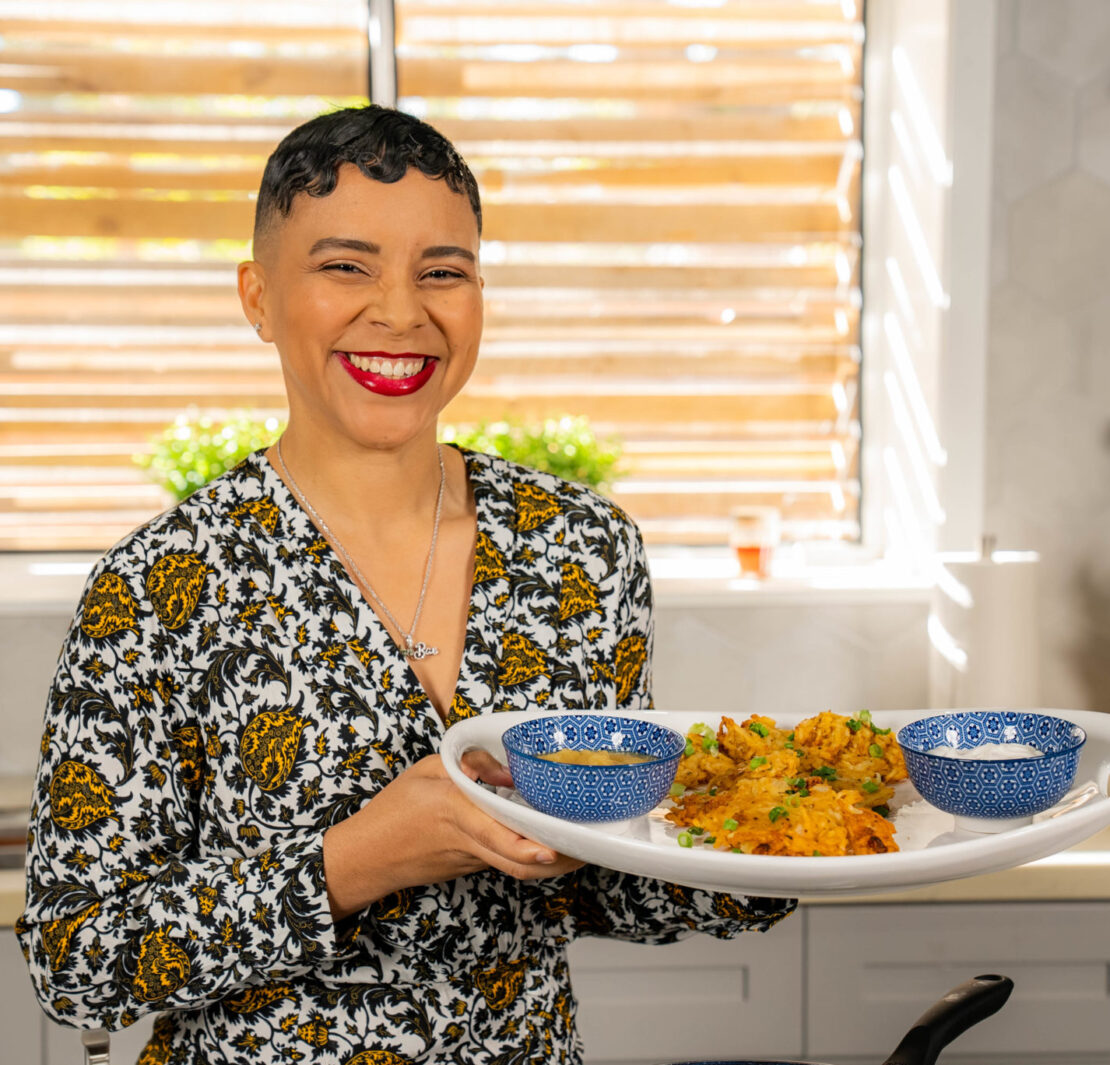 Jump in the kitchen with Dominique Side, known as Vgn Bae Dom in Houston, as she shares her take on classic vegan latkes for the holidays. “Potatoes are King” proclaims this Vegan Queen. The more potatoes the better, they’re beautiful in all their forms. This dish is an old favorite that any vegan can make with love and enjoy with family. But these aren’t just ordinary Latkes, Dominique adds a Creole twist to her recipe.  Let’s see how it’s done.

The Vgn Bae Dom in Houston Specializing In Luxury Experiences

Dominique Side, known as Vgn Bae Dom in Houston, is a world-leading specialist in luxury ethical living. Her compassion-based lifestyle consultancy, The Luxury Vegan, guides CEOs, executives, high performers, and entrepreneurs transitioning to veganism without compromising on their luxury lifestyle. Founder of the Vgn Bae empire, Dominique has also built a 7-figure business enterprise with a record label, music studio, vegan clothing company, and boutique grocery store. To learn more visit her website.

Latkes are a popular Jewish cuisine known as potato pancakes, often served during the holidays.  We were lucky enough to have Dominique share with us her special take on this popular dish.  She adds Creole seasoning to give these gems a bit of Creole flair.  There are only a few ingredients in the recipe, making it a simple and quick dish to whip up for the family. 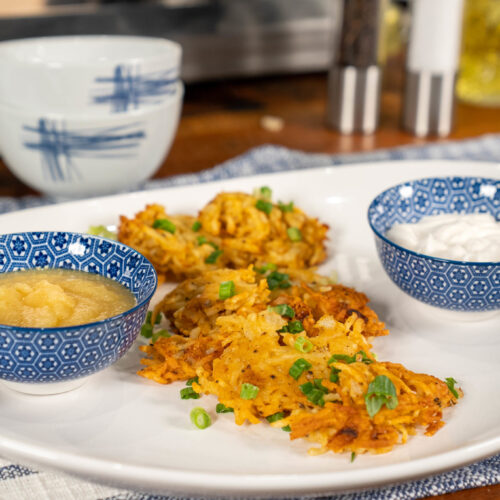 Looking for a quick and easy potato latke recipe? We have you covered. This is a tasty recipe perfect for the holidays, with a flavorful Creole twist.
Print Recipe Pin Recipe
Prep Time 5 mins
Cook Time 10 mins
Course Side Dishes
Cuisine Jewish
Servings 4 people

Keyword holiday recipe, vegan
Tried this recipe?Let us know how it was!

GET READY FOR THE HOLIDAYS WITH THE PERFECT RECIPE

We have many plant-based holiday recipes for you to try this season, so hop on over to the #LunchBreakLIVE page, find your perfect recipe, and start cooking.  Give these vegan latkes a try and let us know how you liked them.  Take a photo of your finished dish and tag @UnChained_TV on Instagram.  We are LIVE every day at 12:30 pm PT with new plant-based recipes from all over the world, so be sure to stop by for more tasty dishes.  Until next time…keep cookin’!

Plant-Based in the Burbs