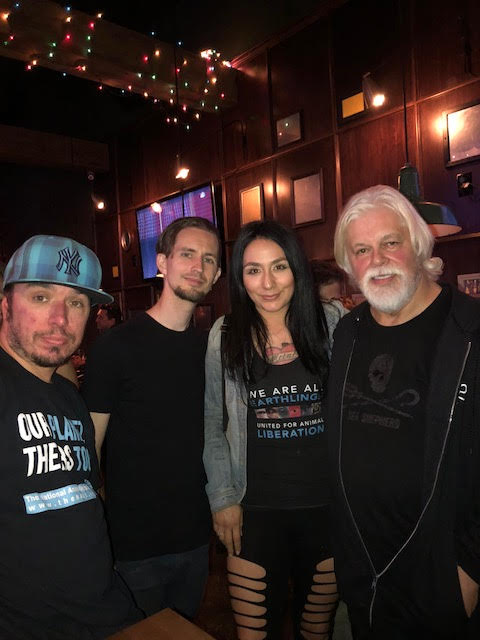 Eighteen years ago Sea Shepherd started a partnership with the park rangers in the Galapagos and with the Ecuadorian police. They strategized outside the box and trained a group of dogs to help aid the police to find poachers. Currently, they are working on getting all of the gillnets removed from the ocean waters in Mexico as part of Operation Milagro. This operation aims to save the smallest and most endangered porpoise, called the vaquita. Partnerships with local officials has helped aid Sea Shepherd in their efforts to save and protect animals.

Peter explains the work he doing in Africa to help them regain control of their waters. One of the missions of Sea Shepherd is to stop illegal fishing and rampant overfishing in critical areas that are being exploited the most. Peter explains by 2048, we may not have fish to fish anymore at the rate we are going. Shockingly, the amount of plastic floating in our oceans may outweigh the number of fish. Captain Paul Watson explains that if we destroy our oceans, we will die. Thanks to efforts of The Sea Shepherd Conservation Society, there is hope for the oceans in the future of humanity!