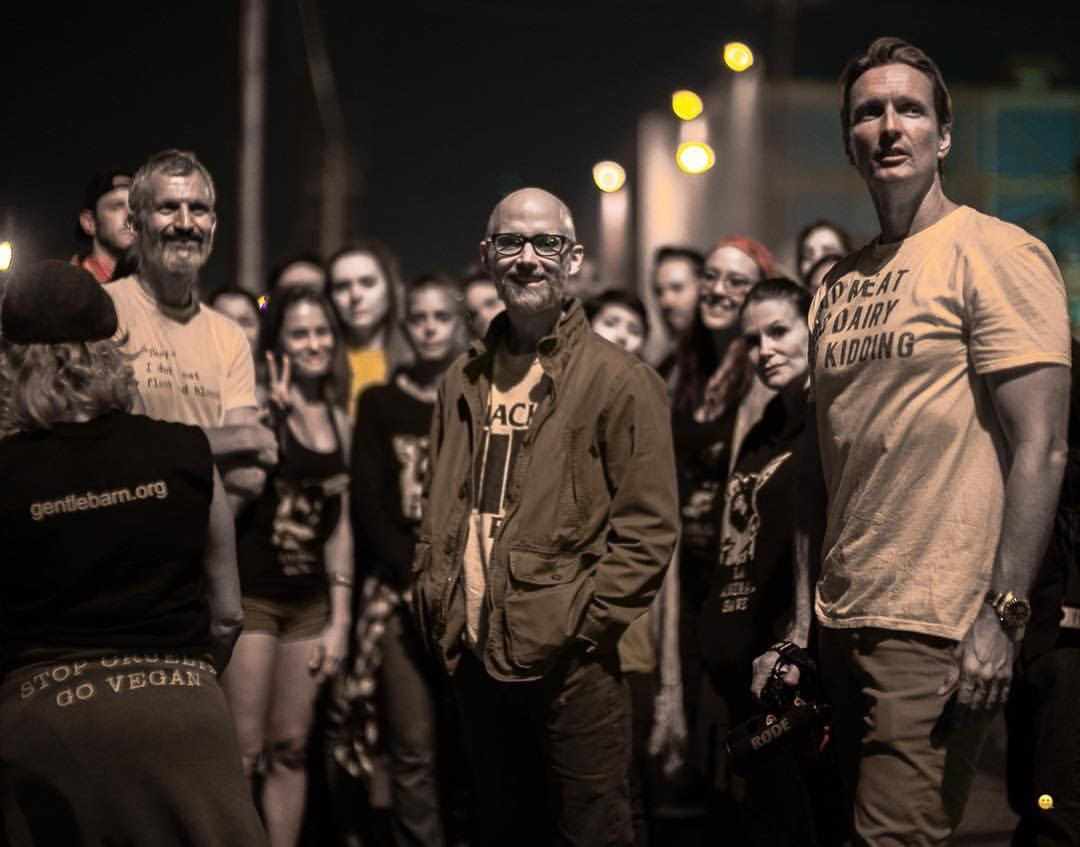 Moby, the musician, record producer, singer, songwriter and animal activist, attends a large vigil at outside a pig slaughterhouse near Downtown Los Angeles and gives water to pigs who are minutes away from death. Moby talks to #JaneUnChained about what these intelligent animals experience. He is joined by a hundred others led by Los Angeles Animal Save! The Save Movement #JaneUnChained 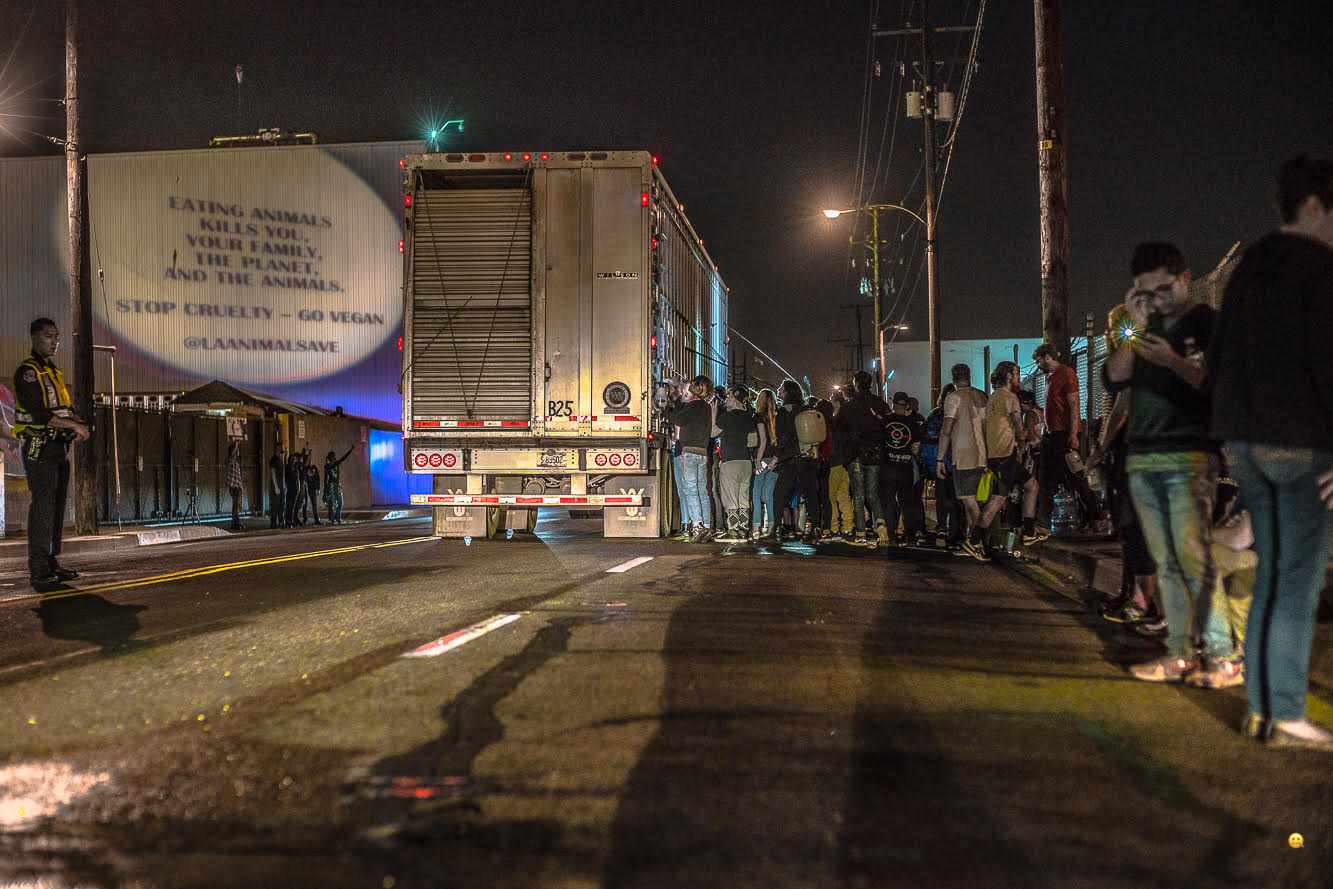 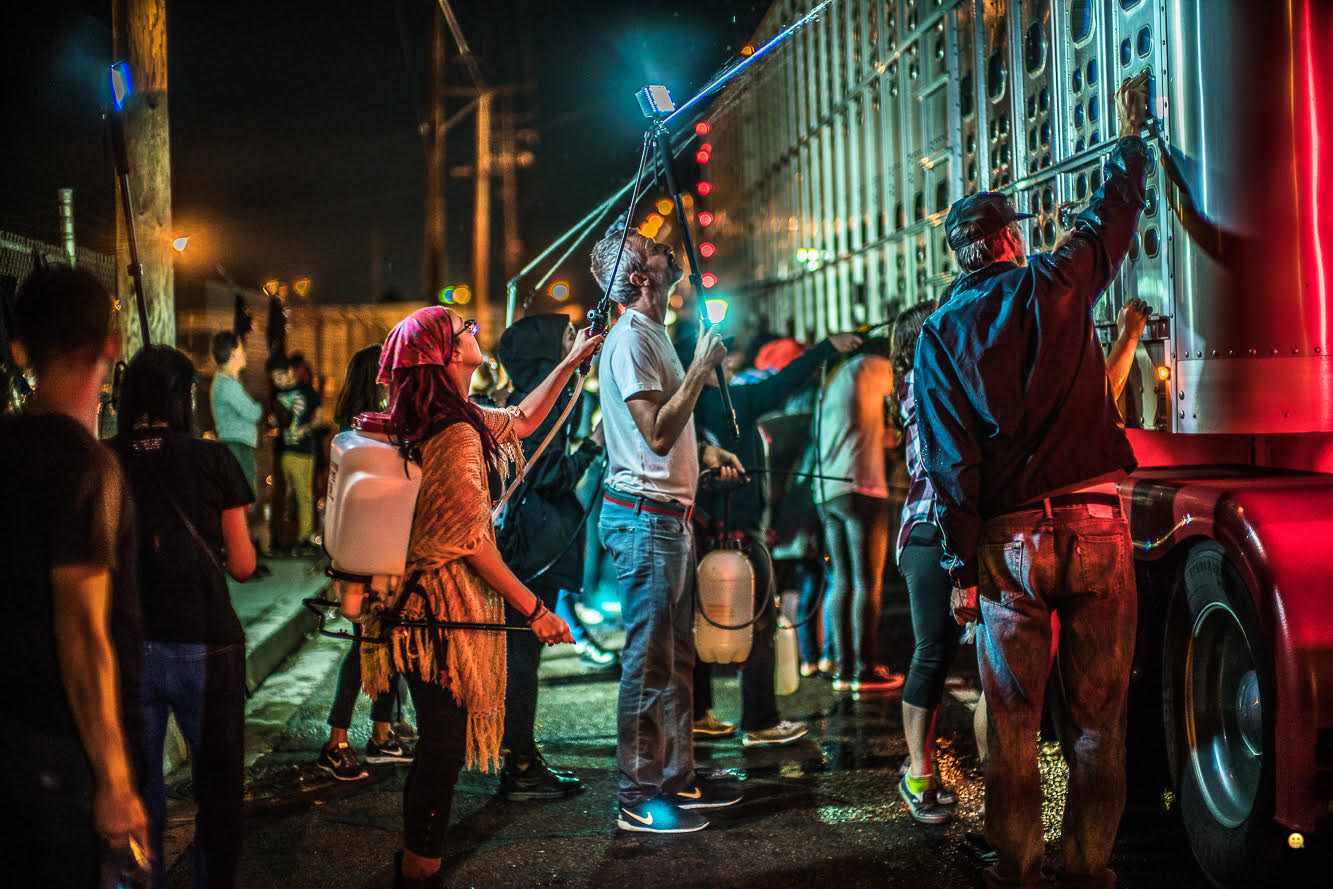 Activists giving water to pigs, while artist, Constantine Le Fou (@iamlefou) provides light for those photographing and recording this event for social media, so others can see innocent pigs, just moments before slaughter (photo credit: @chefitophoto) 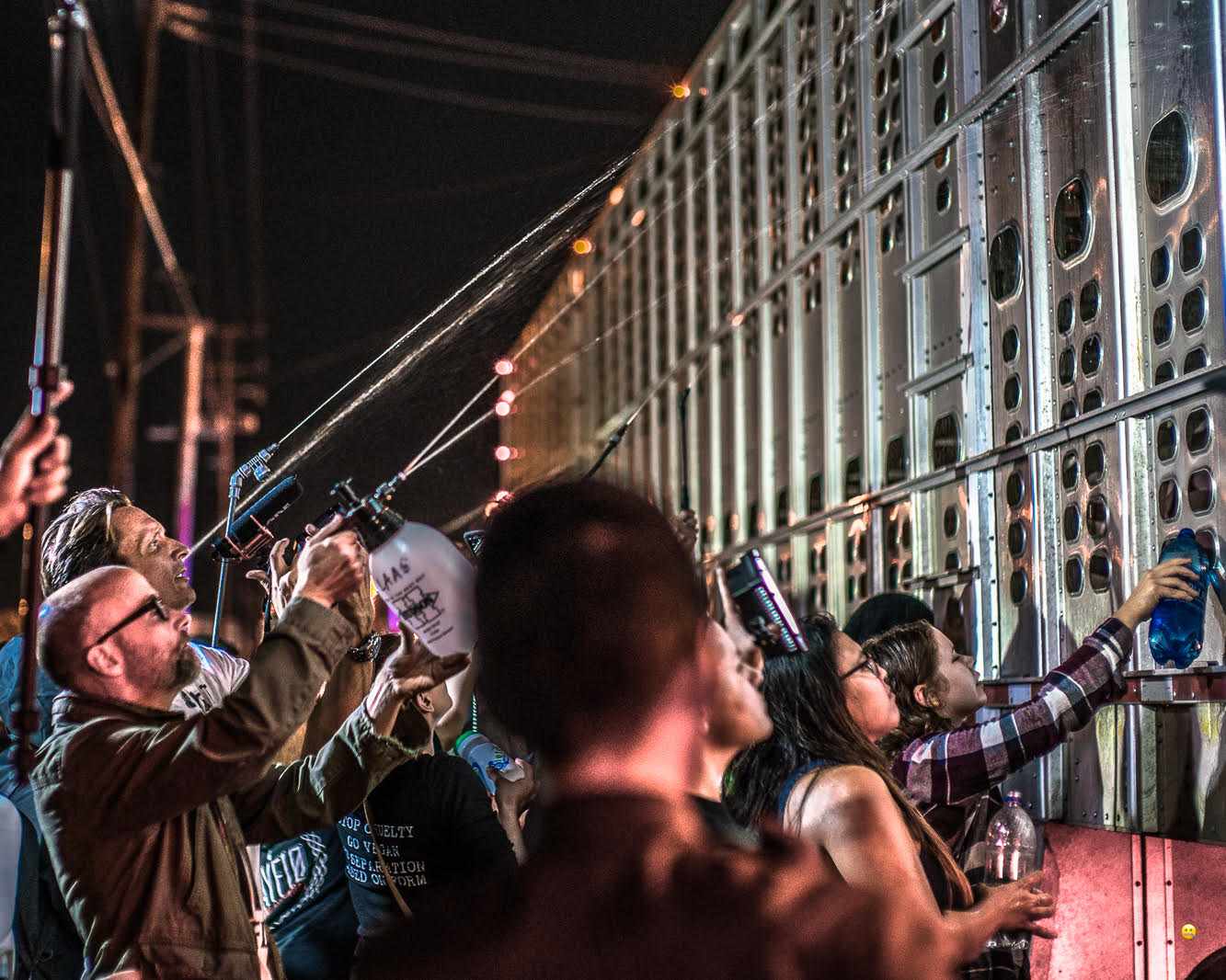 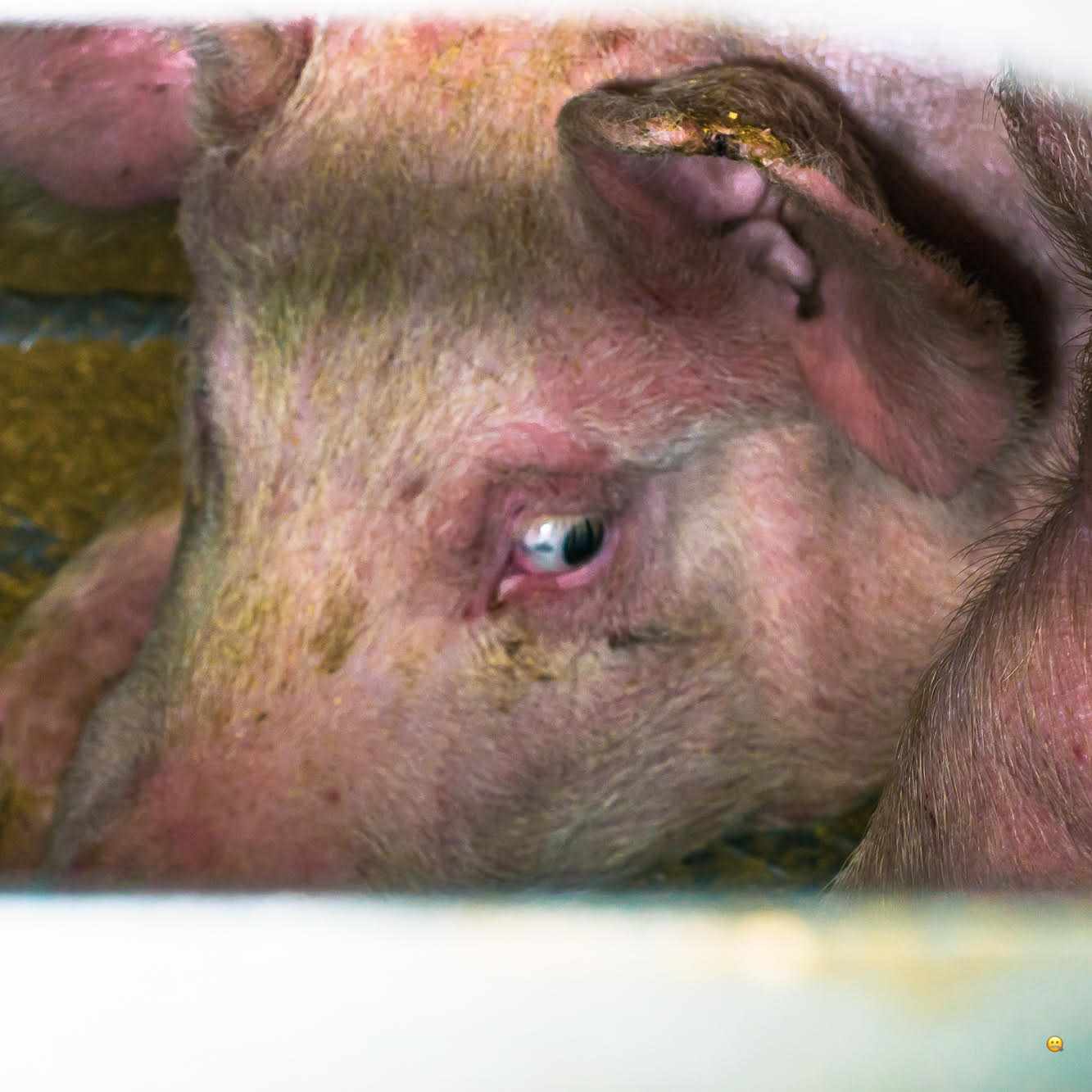 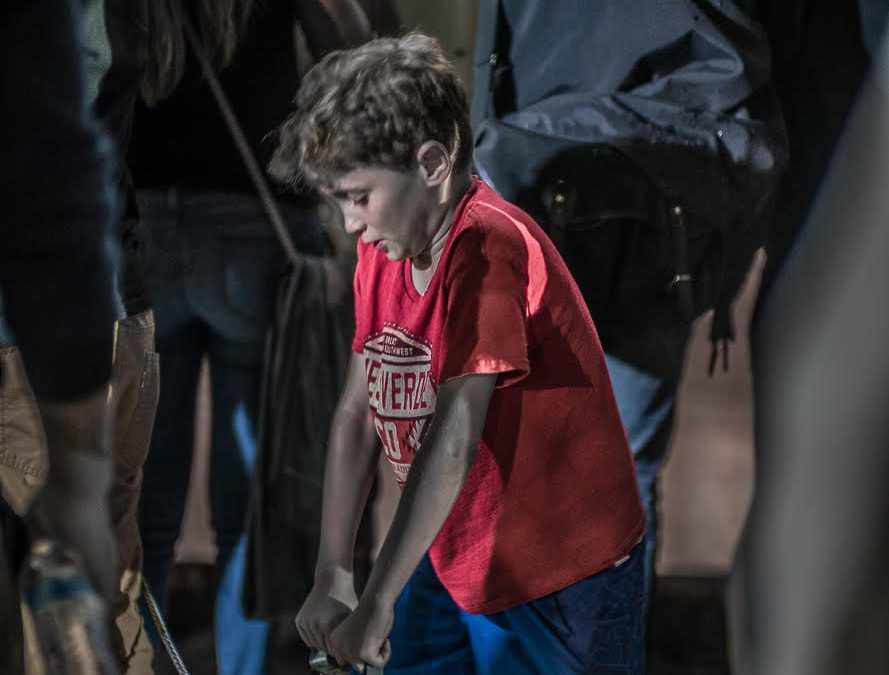 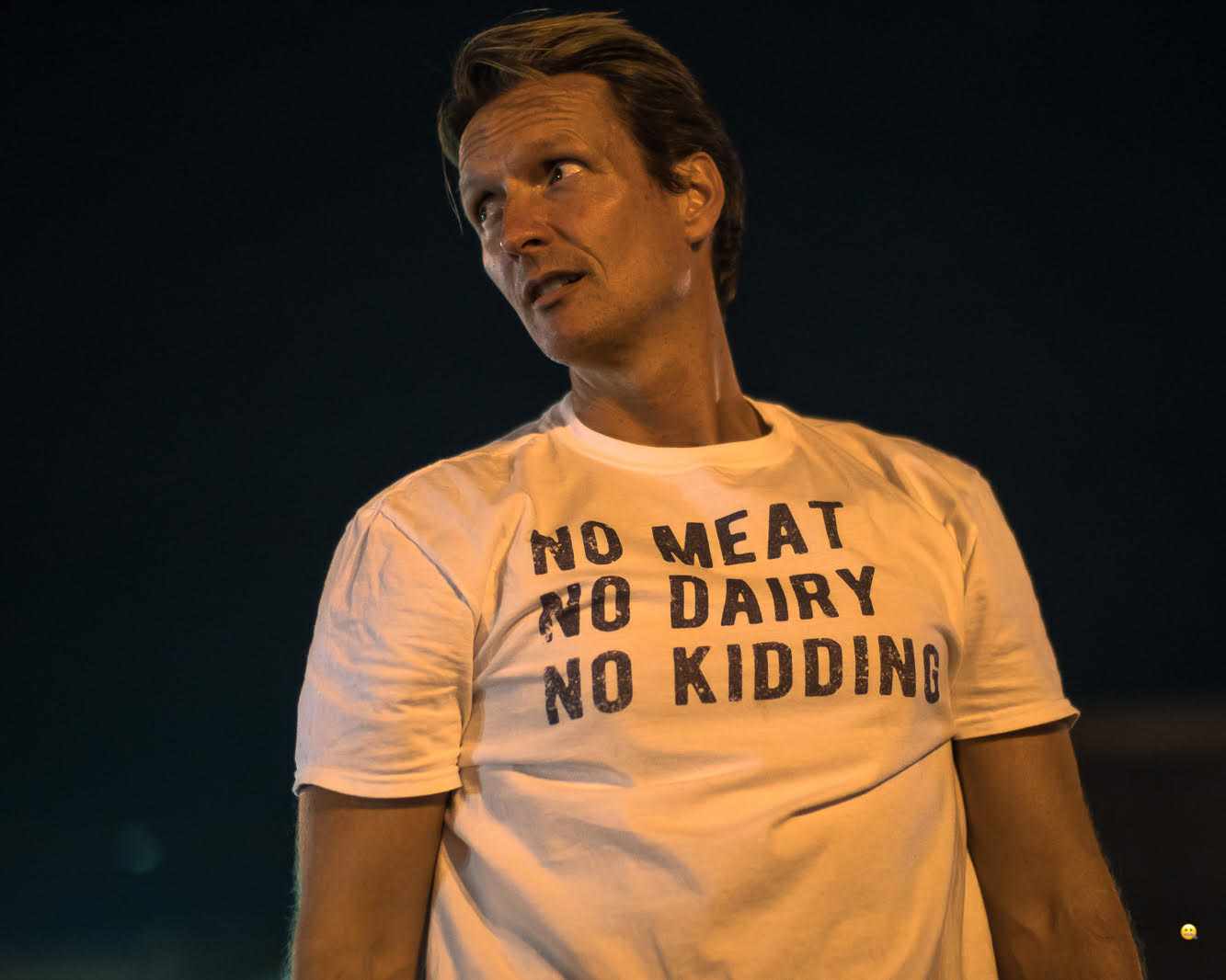 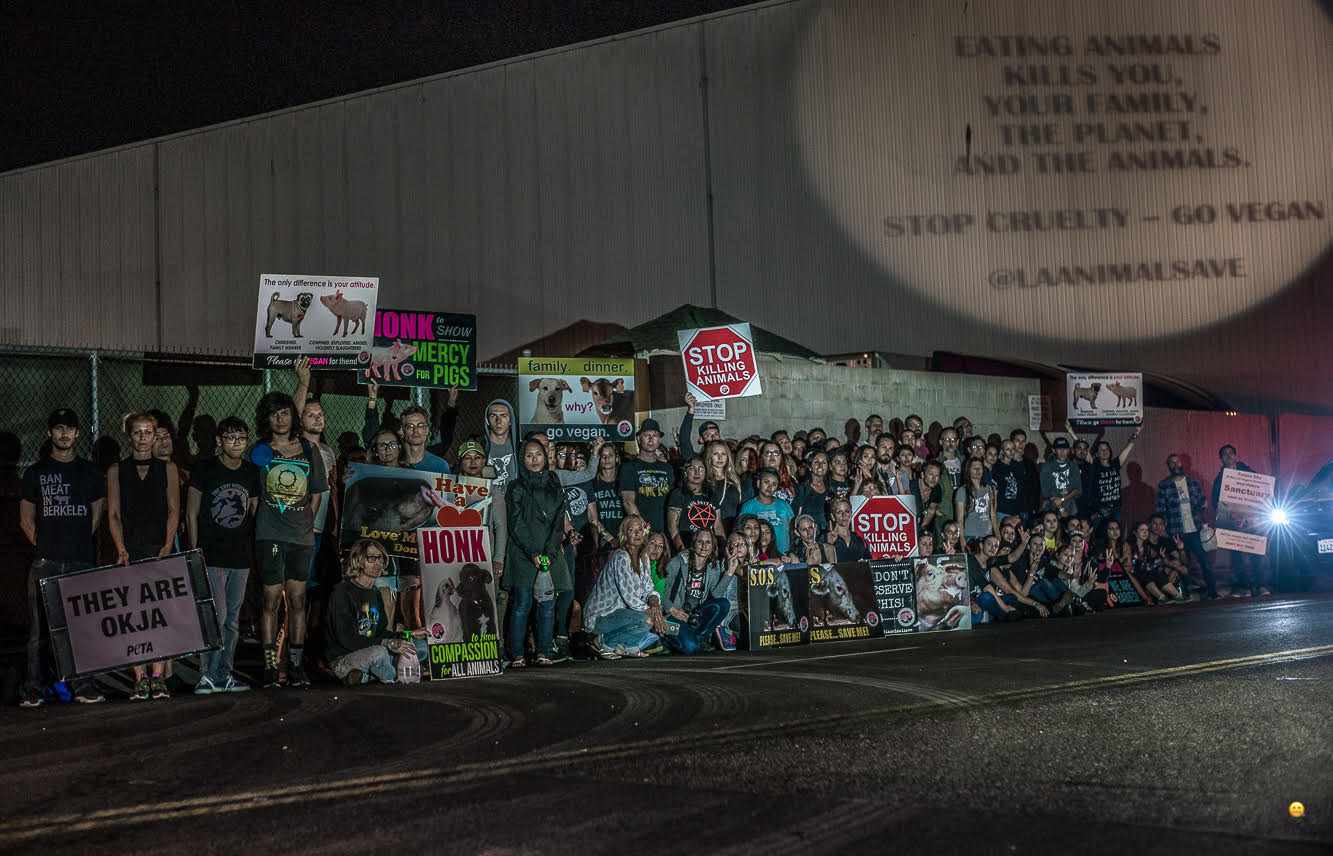