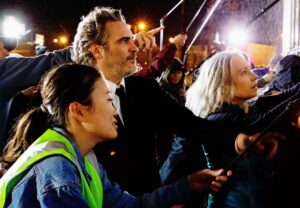 The Sentience Institute analyzed USDA statistics and determined that 98.74% of farmed animals in the United States live on factory farms. They’re also known as Concentrated Animal Feeding Operations or CAFOs, giant, windowless warehouses where tens or even hundreds of thousands of animals exist in cramped quarters, never touching the grass.

Despite this, three-quarters of consumers claim to buy humane products. That’s called denial. Time to snap out of it. These videos will help with that. For a second, the truth hurts. But, then, life gets better. Because… face it. Deep down inside, you knew the truth all along. Now, with honesty on your side, you can help make the world a less hellish place for animals.

Time to Expose Ventilation Shutdown, and its Supporters If you don’t know what ventilation shutdown…

14 Members of Parliament Support the Plant Based Treaty In her inimitable way, climate activist…

The Netherlands Considers Cutting Livestock by Almost a Third This is huge! Civil servants at…

The Plant Based Treaty Launched on August 31st, 2021 People in cities around the world…