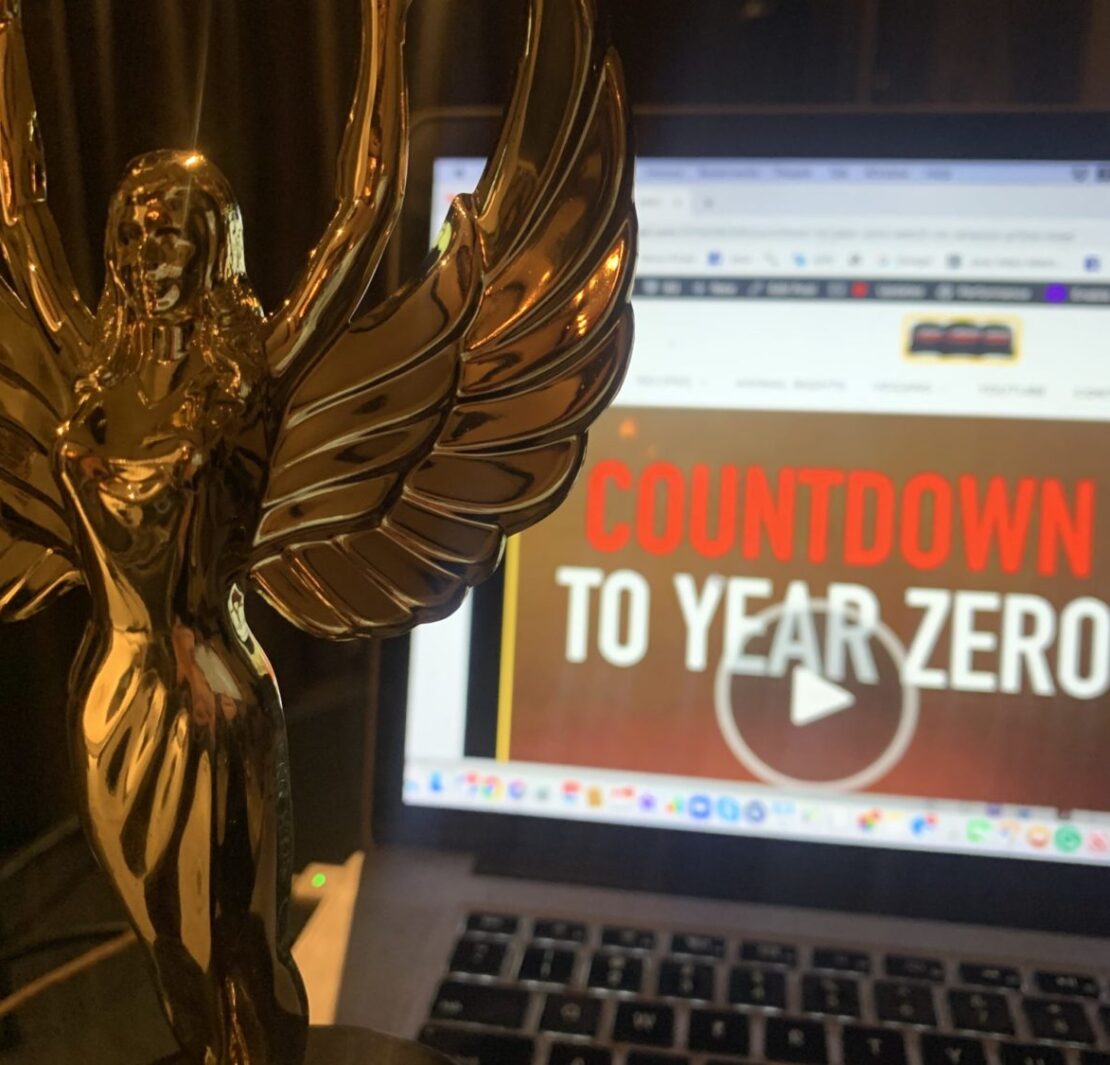 Countdown to Year Zero, available exclusively on Amazon Prime Video just won the Best Documentary Feature Award at the Studio City Film Festival. The award was announced by festival MC Steve Sturla at the closing ceremonies on Friday November, 15th at the Laemmle Theater in North Hollywood, California! Film director Jane Velez-Mitchell accepted the award. A big shout out to the film’s editor, Jeff Adams, of VeganLinked and the entire JaneUnChained crew of 70+ citizen journalists. JaneUnChained.com’s documentary on animal agriculture’s enormous impact on climate change is available now exclusively on Amazon Prime Video! This documentary offers a solution to climate change that empowers everyone! It’s free for Amazon Prime members. 99 cents for everyone else! Watch it here! Get others to watch it!

Humans are systematically destroying forests and wiping out the species in those forests. Look at the tragic fires in the Amazon! Soon, we could have virtually no wildlife left, except in zoos. That will trigger an ecological apocalypse, sparking political and societal chaos. The good news is: we can pull back from the brink if we all make one simple change! What change? Watch this now, shift, and help save the world. Watch the trailer below.

Evaluate Your Plate: How Much Do You Contribute to Climate Change?

A Real Pig Out!