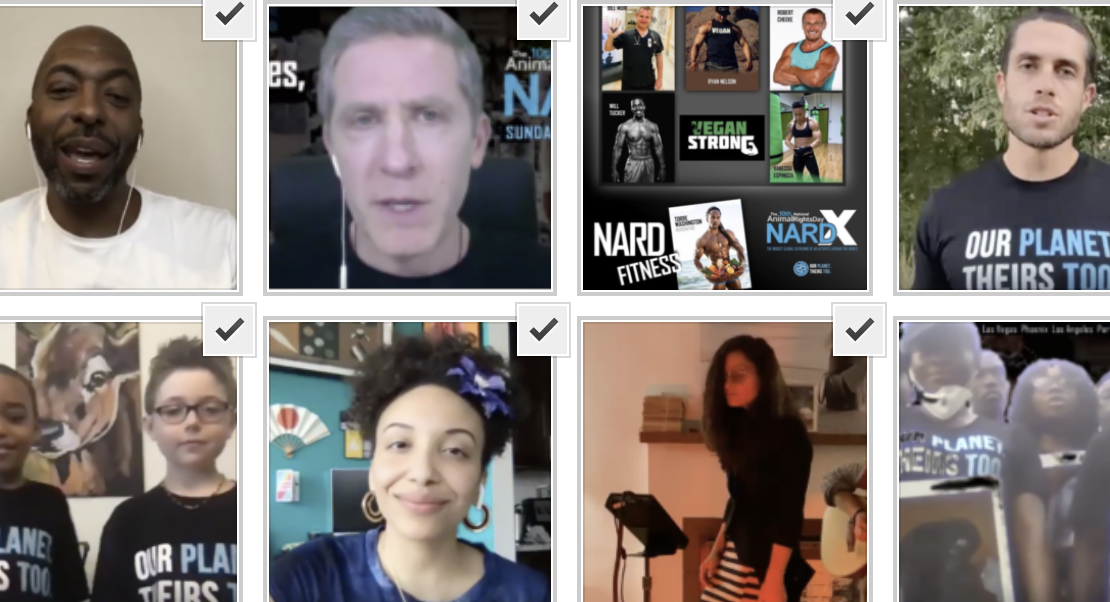 National Animal Rights Day went digital this year and transformed into a global, viral celebration of compassion that was breathtaking in its scope and depth.  Live musical performances, gut-wrenching talks, a sensuous vegan fashion show, a cutting edge animal rights panel, poetry… I could go on and on. It brought tears to my eyes. This is the world as it should be: basking in the glory of diversity, kindness and the pursuit of justice.

The racial injustice, that is causing people to take the streets across America, was addressed repeatedly. Panelist Gwenna Hunter spoke about her new Vegans for Black Lives Matter Facebook page, which has taken off with over a thousand people signing up almost immediately. I was proud to moderate the animal rights panel featuring movement leaders who spoke about racial injustice in the form of dietary racism in the USDA food guidelines, environmental racism that places slaughterhouses and factory farms in minority communities and the bigotry that insists slaughterhouse workers, overwhelmingly people of color, march into COVID-19 infested animal killing factories only to get infected with the virus. Many workers have died.  Many others are sick and infecting their communities. Check out the entire NARD virtual event. Part one just below.

This event was so inspiring and, as thousands watched all over the world, I felt hope for our planet…which is theirs too. We face a triad of troubles: racial injustice, a pandemic caused by exploitation and abuse of animals and climate change, caused in large part by our destruction of the natural world to create a product called meat, which isn’t good for our health. We can surmount these triple threats. The conversations at NARD show the way. Congrats to NARD’s leader Aylam Orian, MC Gabrielle Reyes, coordinator Jane Elizabeth and the entire National Animal Rights Day team. You did us proud. Here is part two.