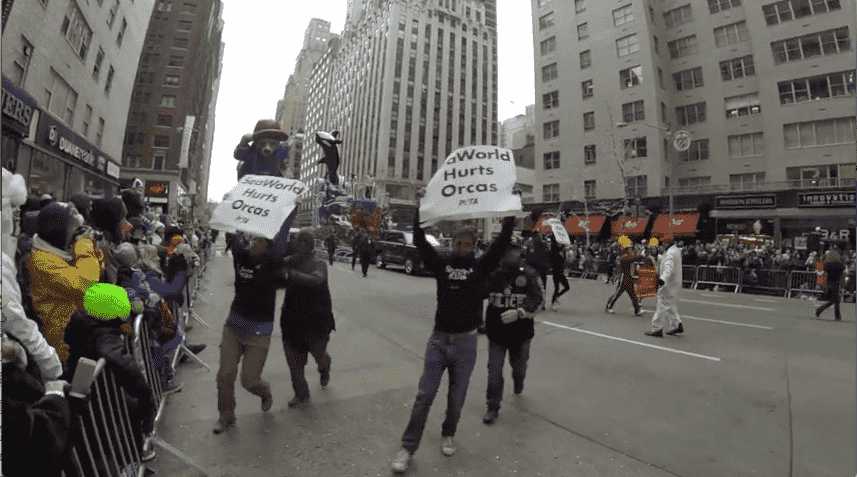 ANYONE MAY REBROADCAST THIS FOOTAGE/INTERVIEWS WITH JaneUnChained courtesy, credit or mention
BREAKING NEWS: This morning, during the Macy’s Thanksgiving Day Parade, famed 13-year old animal activist Rose McCoy led a group of Peta protestors around the barricades and into the center of the parade. They swarmed the SeaWorld float in protest of its inclusion in this parade seen around the world. Their message: SeaWorld is cruel, hurts Orca families and should not be included in this family-friendly event. WATCH THE VIDEO NOW!
[youtube=http://youtu.be/yIZSDXPBZCc]

VOTE BELOW: WILL YOU SHOP TODAY? 3 VERY DIFFERENT REASONS NOT TO SHOP!