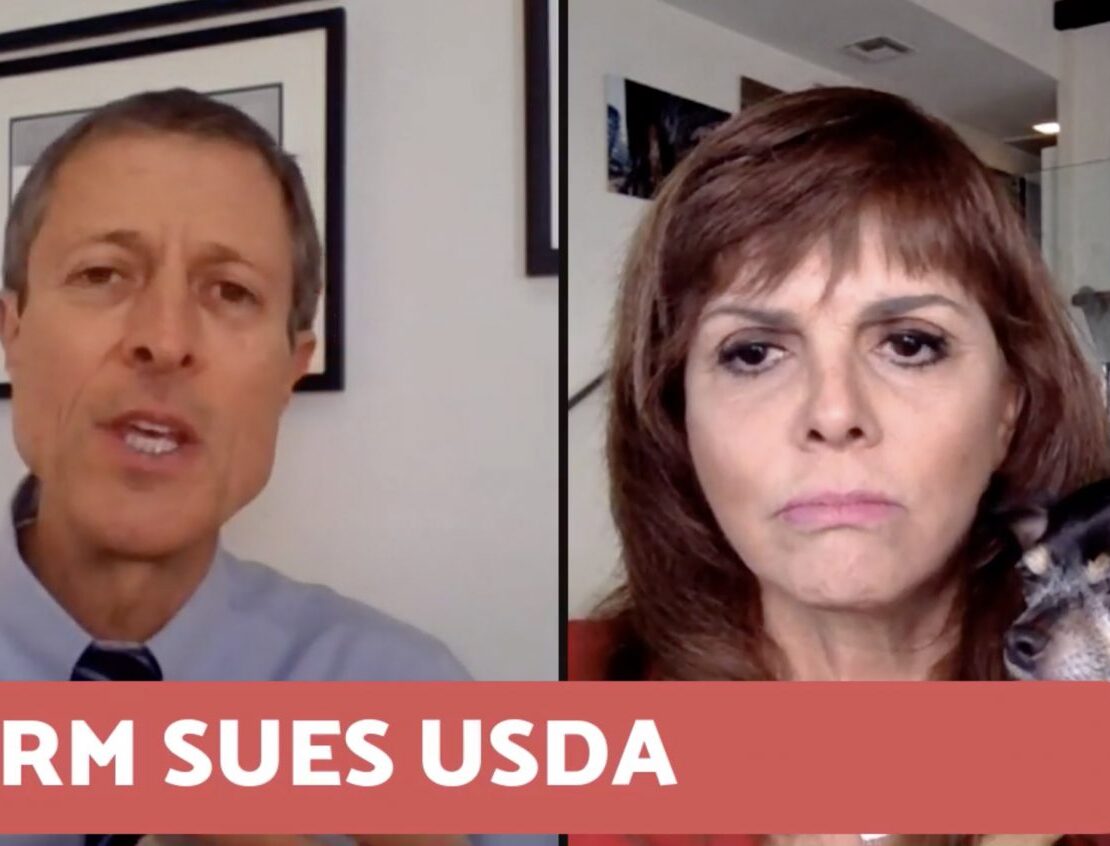 #JaneUnChained #LIVETALK with Neal Barnard, M.D. of Physicians Committee for Responsible Medicine with
#BREAKINGNEWS on the #USDA #USDAFecalSoupScandal.

PCRM, which has 12,000 doctor members, just SUED the U.S. Department of Agriculture for ignoring concerns of fecal contamination in chicken and other meat!

Here is more info on the Lawsuit taken directly from PCRM.ORG

“The lawsuit, filed with the United States District Court for the District of Columbia, seeks to compel USDA to comply with the Administrative Procedure Act and respond to a petition the Physicians Committee submitted on March 14, 2013, which requested that USDA regulate feces as an adulterant under the Federal Meat Inspection Act and the Poultry Products Inspection Act.

The lawsuit and petition quote a federal inspector who said, “We often see birds going down the line with intestines still attached, which are full of fecal contamination. If there is no fecal contamination on the bird’s skin, however, we can do nothing to stop that bird from going down that line. It is more than reasonable to assume that once the bird gets into the chill tank (a large vat of cold water), that contamination will enter the water and contaminate all of the other carcasses in the chiller. That’s why it is sometimes called ‘fecal soup.’”

“Poultry Slaughter Procedures,” a USDA training video obtained by the Physicians Committee through a Freedom of Information Act request made in 2013, revealed that the chicken slaughtering process ends with carcasses soaking in cold water for up to one hour before being packaged for consumers.

In 2011, the Physicians Committee conducted a study, described in detail in the petition, which tested 120 chicken products sold by 15 grocery store chains in 10 U.S. cities for the presence of fecal bacteria. Forty-eight percent of the products tested positive for feces.

The petition argued that the public deserves fair notice that food products deemed “wholesome” by USDA would be deemed disgusting by the average consumer and adulterated under any reasonable reading of federal law.

The lawsuit also claims that USDA violated the Freedom of Information Act by failing to respond to a 2017 request seeking documentation of fecal contamination rates detected in poultry slaughter plants and other data related to poultry inspection and slaughter line speed.

In 2014, USDA created the New Poultry Inspection System, which increased slaughter and processing line speeds to between 140 and 175 birds per minute. Data show that plants operating under this model are more likely to fail USDA’s performance standards for salmonella, a bacteria found in feces, than those operating under the traditional inspection scheme.”

“USDA misleads consumers every time inspectors slap a ‘wholesome’ label on contaminated food,” says Deborah Dubow Press, Esq., associate general counsel for the Physicians Committee, who authored the lawsuit. “Consumers should be horrified to know that USDA’s standard for wholesomeness is ‘no visible feces.’”