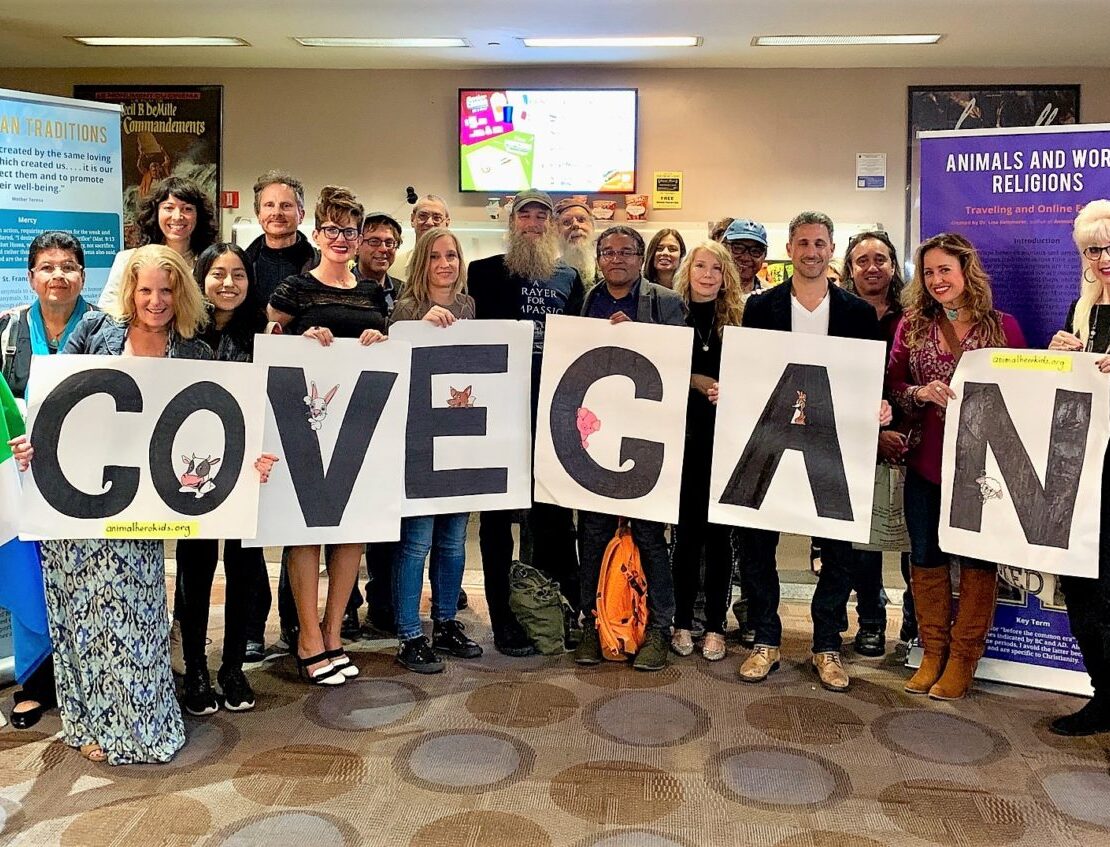 JaneUnChained LIVE in Beverly Hills at the LA premiere for A Prayer For Compassion! This film shows the connection between spirituality and a compassionate, plant-based diet! Vegan Veterinarian Dr. Armaiti May describes the meaning of the film perfectly. She explains that the film follows a central theme that religions correlate to the values of veganism by promoting compassion. The film highlights the voices of the religious community and why they are vegan. Susan Hargreaves of Animal Hero Kids, explains that the world is lacking compassion and we need to change this and teach our children to be compassionate. Lisa Levinson, explains that we need to identify the connection between all of these faiths, and that is the compassion for all living beings. Lisa Karlan also explains that in the most orthodox religious teachings, they promote the highest forms of compassion.

Thomas Jackson, the filmmaker, explains that his film gives a voice to the voiceless. The message of the film is that all spiritual paths share the same basic tenets which promote peace for all beings. He also explains that when dominion over all creatures is cited from the Bible, it does not mean that we should kill and eat them. Instead, dominion can be interpreted as our duty to protect animals. Thomas also explains that a few verses later the Bible asks that we adhere to vegan diets. This film is so worthy of watching and it will help people spread the message of compassion to those who value their religious principles. We pray compassion will be extended to all creatures one day soon with help from films like this!

Apply for a Vegfund Grant and host a screening. Email TheCompassionProjectFilm@gmail.com for details.
Find a screening near you!

Watch Jane’s interview with Thomas in the next video!

JaneUnChained LIVETALK with the award-winning producer/director of A Prayer For Compassion – The Movie! The feature-length film has been selected as one of the 21 Must-Watch Vegan Documentaries that will inspire people to change the world! Thomas Jackson explains that he was a live-and-let-live vegan in the past until he watched the documentary “Cowspiracy.”  After watching the film, he decided he must do something to advocate for veganism. With no budget, he set out to make a film about spirituality and veganism. With a lot of luck, he was able to get Dr. Rao, the creator of  Climate Healers, and producer of both “Cowspiracy” and “What the Health” to produce his film. The rest is history in the making as Thomas shares his film with others in popular screenings and later the film will be released to all audiences.

#JaneUnChained LIVE in Santa Monica, California at one of the Los Angeles’ premieres for A Prayer For Compassion, directed by Thomas Wade Jackson. This film shows the connection between spirituality and a compassionate, plant-based diet!
Paige Parsons Roache reports for JaneUnChained.
‘

JaneUnChained LIVE with Dr. Sailesh Rao, producer for the films “What the Health” and “Cowspiracy” in Santa Monica, California at one of the Los Angeles’ premieres for the documentary “A Prayer For Compassion,” directed by Thomas Wade Jackson and produced by Dr. Rao. This film shows the connection between spirituality and a compassionate, plant-based diet. We are eagerly awaiting the release of this film to all audiences. Stay tuned for updates of where and when you can view the film too!

Watch What The Health!