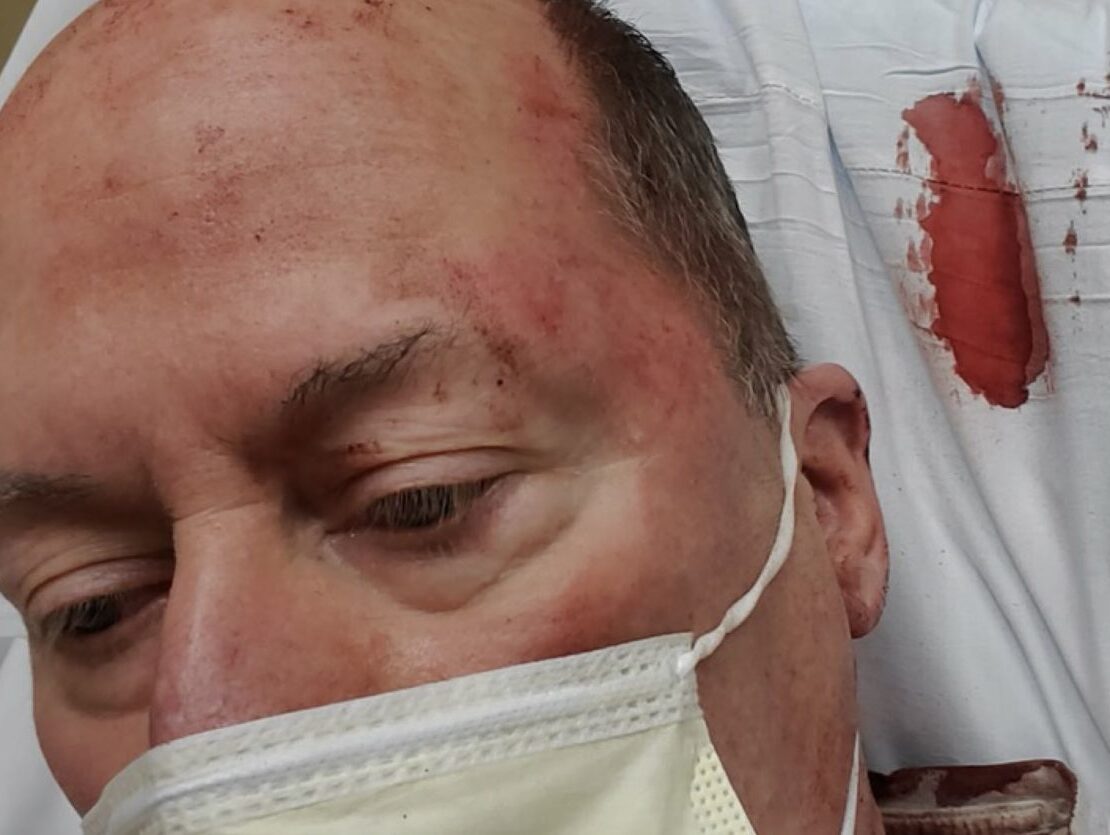 Watch as Animal Rights Activists Are Viciously Beaten and Chased

Animal rights activism can be dangerous, even deadly. On January 3rd, 2021 in Ohio, Steve Hindi, a well-known and respected animal rights activist, was brutally beaten and left with a gash in his head that required six staples. He had to be hospitalized. Hindi is the President of SHARK, Showing Animals Respect and Kindness. His associate, an undercover investigator, was driving a car that was rammed and run off the road, causing his vehicle to overturn with him inside it. He narrowly survived. All of this was caught on videotape. JaneUnChained has the video showing the beating in progress. Watch the extraordinary video below and find out about SHARK’s heroic effort to end the cruel practice of cockfighting, which is illegal in the United States. Hindi says he was attacked as he investigated what appeared to be a massive cockfighting event in rural Ohio, adding the men assaulted him as he legally launched his drone while on public property in order to get video evidence of the activity.

Assailants Clearly Identified on Video Yet No Arrests! Why Not?

While we do not identify the assailants, the video captured by SHARK in its entirety clearly shows the faces of the assailants. This would be considered a very easy case for law enforcement, as the video does much of the work for them. However, days have passed and no arrests have been made. Authorities say they are investigating. Hindi has vowed to go all out to make sure law enforcement does its job and prosecutes the men who beat him. He is also considering civil action. Along with the injuries, there was significant destruction of property: a car was totaled and drone and video equipment was destroyed.

SHARK Donations Can Be Made at Sharkonline.org

“They brutally beat me twice and then stole my equipment in the process. Then they tried to kill my associate by using their truck as a deadly weapon. What they didn’t realize is that, although they stole and destroyed camera equipment, they didn’t get it all, and we can show their murderous behavior.” Steve Hindi, President SHARK

Why No Mainstream Media Coverage of This Highly Visual and Vicious Beating of Animal Activists?

Despite this being an extremely dramatic, highly visual crime story, mainstream media has ignored the attack. Thankfully, we have animal rights media to get the word out. TheirTurn.net did a very thorough story on this extremely violent beating as did another great AR media outlet Animals 24/7.

But, the silence is typical of advertiser-based mainstream media. TV and newspaper journalists seem hell-bent on pretending the animal rights movement doesn’t exist. JaneUnChained has found itself the only media outlet covering massive animal rights protests where thousands of citizens marched, only to be completely ignored by local and national TV and newspapers. Thankfully, the younger generations are getting their information from social media, where the animal rights movement is thriving and getting lots of attention and heart emojis. 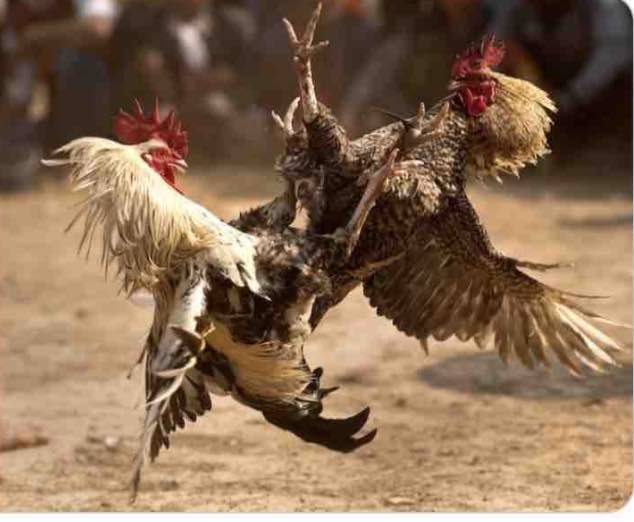 Why Isn’t Law Enforcement Cracking Down on Cockfighting? It’s Illegal.

Steve Hindi, and his team at SHARK, are literally risking their lives to do the job cops, sheriff’s officers, and the FBI should be doing, namely investigating and busting cockfighting rings, which are rampant across the U.S. despite being illegal in all 50 states. Again, law enforcement has shown bias against animal rights, often failing to prosecute the few crimes that do exist in the arena of animal welfare. In fact, Steve Hindi has published photographs of law enforcement officers attending cockfighting events, not to bust them, but with smiling faces, apparently participant and enjoying the cruel action.

Cockfighting is a Horribly Cruel Death Sport. You’d Have to Be Sick and Sadistic to Enjoy It.

In cockfighting, sharp blades are attached to the animals and people bet on which animal will slice the other to death first. Need we say more. It’s also illegal. It’s also documented that cockfighting rings are breeding grounds for other criminal activity, like drug peddling and prostitution. Still, law enforcement often turns a blind eye. Meanwhile, they’re supposed to work for us. Taxpayers fund the police, the sheriff’s departments, and the FBI. Americans need to stand up and say: we care about animals. So, you need to care too.

THE END OF MEAT HERALDED IN THE NY TIMES!