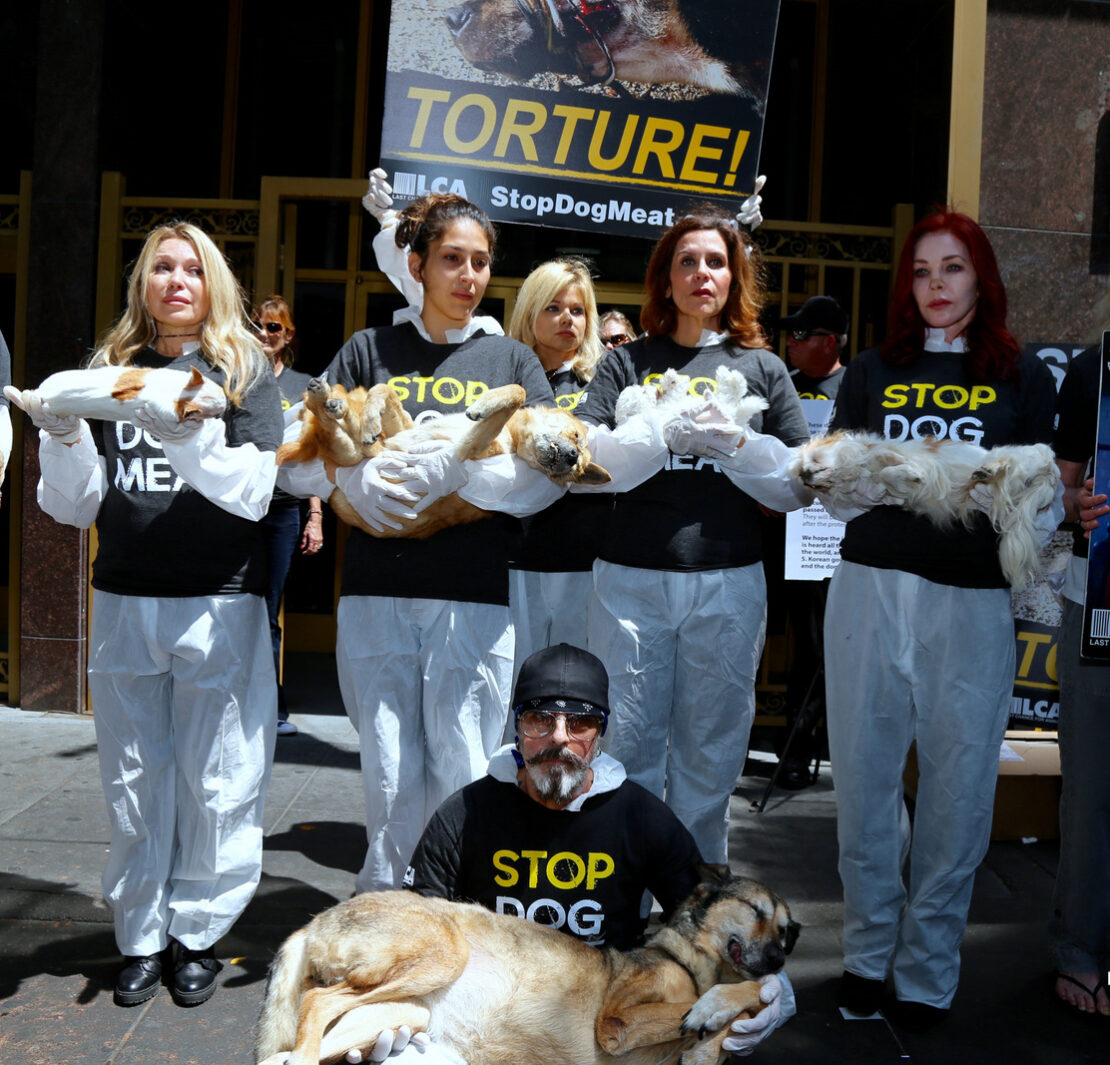 YOU can end the horror! Just sign this government sponsored petition: www1.president.go.kr/petitions/281200
We need 13,000 more signatures by 7/23 to guarantee a reply. Just click on link, scroll to bottom, click on blue square, go in through Facebook, a page will pop up, scroll down and click on the white rectangle square at the bottom, then click on blue square to the right of it. Voila, a confirmation in Korean will pop up! Watch this video instructions if you have questions:
youtu.be/A7WaJ_KCSf8

Demonstrators gathered in front of the South Korean Consulate General of the Republic of Korea in Los Angeles to protest and stop the dog meat trade. This was a silent protest and major celebrities showed up to participate, including Kim Basinger, Priscilla Presley, Donna D’Errico, and Lori Alan. The protest began with a ceremony with protesters holding decreased dogs. These particular animals that were held during the ceremony died of nature causes and came from shelters and rescue organizations, but they are symbolic of the animals that die each year and are currently being tortured to death in South Korea. They are killing dogs of all sizes, often their pets. They steal the dogs from people’s backyard. Michael Fujimori was drumming at the event. Every drumbeat represented 57 dogs been tortured and killed to death!

Susan Song reporting LIVE from Seoul, South Korea for #JaneUnChained. A massive group of anti-dog meat protesters march to the South Korean President resides, to urge S. Korea to make dog and cat slaughter and consumption illegal. YOU can end the horror by signing the petition.

The demonstration at the South Korean General Consulate in Los Angeles was documented through photography by Natalie Ford.

Shop and Save Shelter Animals from Death!