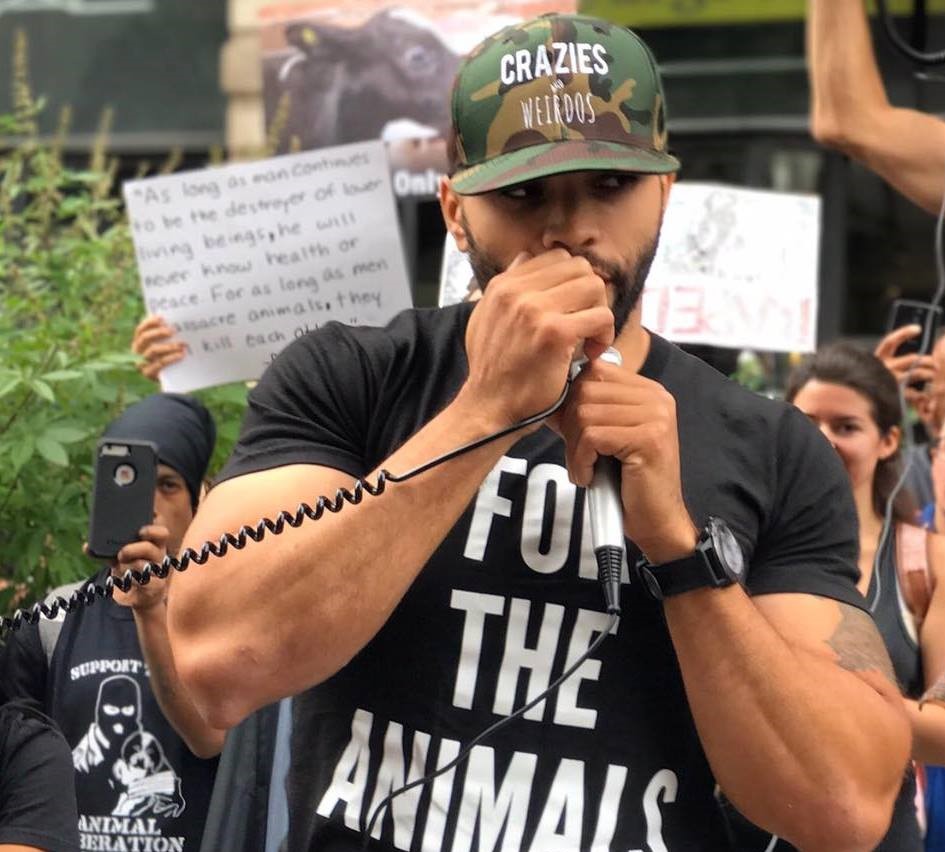 #JaneUnChained LIVE with continuing coverage of North Carolina flooding carnage: at least 43 humans dead. At least 3-million, 400 thousand “farm” animals dead. Social media influencer, vegan activist, and multi-sport athlete Dominick Thompson speaks out!
Dominick blames consumerism for what happened to these animals in North Carolina. He says we can’t blame the farmers. We have to blame people who are buying and eating the products from animals. Farm animals have been equated to lesser animals than our companion animals, leaving them to be discarded as inventory when a disaster happens. Dominick points out that the low income population in the area were also victims of Hurricane Florence.
Jane is calling for these warehouses to stop raising animals in them and not to restock animals, so they can potentially become inventory for the next natural disaster. This is not the first time this has happened. Dominick points out in 2016 Hurricane Matthew left a similarly horrific scene. Again, the farmers locked the animals inside with nowhere to go so they could write them off as property in their insurance claims. This has happened at least three times in the last two decades, so the excuse that this is a unique situation no longer holds water.
Jane is calling for the United States government to do an investigation into what happened and why it keeps happening.  She also hopes the farms will be transitioned to other forms of commerce. They should not be permitted to replace the sentient beings they will undoubtedly lock in the warehouse again the next time there is a flood or fire. It comes back to a consumer issue. If people stop paying for their deaths, they will not die. Knowing is half the battle. What will you do to help ensure this never happens again? It starts at your store when you decide no to buy products made from animals. Please be the change so that this never happens to these poor innocent creatures again.
Check out Dominick’s Instagram at: instagram.com/domzthompson
Jane Velez-MItchell reporting for Jane Unchained News Network.

Photos above courtesy of  Dominick Thompson Facebook page.
Photos courtesy of @Ethically_Elizabeth below:

Fun for All at The California Vegetarian Food Festival!

A Decade of Bearing Witness for the Animals

Try ThanksLIVING to Honor Those Turkeys!