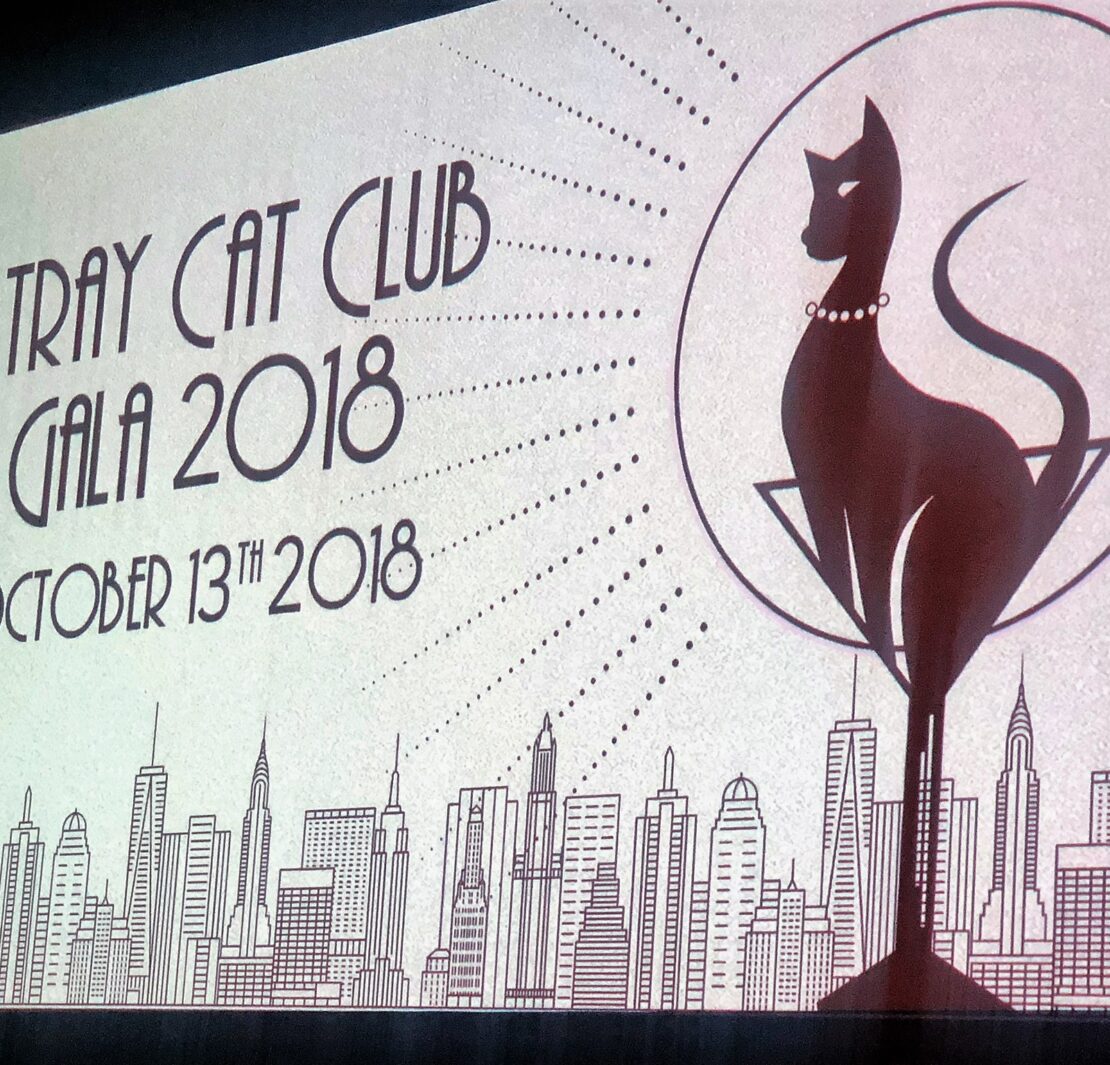 #JaneUnChained LIVE at the Stray Cat Alliance – Building a no kill nation, one stray at a time. gala in Beverly Hills, California at the Montage Beverly Hills where cat loving celebs are helping raise funds for cat shelter rescue, trap, neuter, and return (TNR), legislative progress and so much more! Animal lovers came out in full cat attire from cat ears to cat inspired sequin outfits. Pattie Shenker came out in a tuxedo with a full cat face painted on and a tail! Tonight is about saving the animals, specifically pushing industry changes towards no kill policies. Everybody loves cats and animals at this event! One interesting solution to deal with the stray cat population in the city is to catch spay or neuter and release them back to their cat colonies.
The Stray Cat Alliance  goes into communities and shelters and aids them in helping the cats, instead of treating them as disposable animals. They have done a countless amount of good showing people how to care for and treat these animals in a humane way. Here is Christine Metropole, the head of this amazing organization, speaking about all of the great work they do in the community with rescued cats.

First Christine, awards the Pet Care Foundation the “Lifeline Award,” for their help and generous grant to The Stray Cat Alliance. She also mentions the many people and organizations that have helped The Stray Cat Alliance in incredible life-saving ways. The Stray Cat Alliance works with communities regardless of socioeconomic status, to educate them and give them resources to save cats. They also provide veterinarian care and they have a program to capture, spay, neuter and release cats. They have saved thousands of cats to date, many of which were in the most dire need of care and treatment. The transformations of these cats in the promotional video are unbelievable. They aim to do their part to make Los Angeles a no kill city this year and later the nation “one stray at a time!”

Hal Sparks is emceeing the event and he explains he has several cats in his community that live outside. He is afraid they will be rounded up and taken away by animal control. He is a big proponent of catching stray cats, treating them and spaying or neutering them, then releasing them back into their cat communities. The Return to Field program with The Stray Cat Alliance does just that. Thousands of cats lives have been saved by this program! The hope is to have this program or programs like it spread throughout California and later the world.
Michael Lewis is awarded the Impact Award for his contributions to The Stray Cat Alliance. He actually got a feral cat from Patty Shenker, who is the woman in the full cat painted face who coined the saying, “Peace begins on your plate.” He was out in Houston doing aid with his company after Hurricane Harvey and came across cats that needed help after the disaster. Amazingly, Christine and the Stray Cat Alliance were already there working with the cats in the area. That inspired him to get more involved with the organization and get his hands “dirty” to help these cats. He says he wanted to be more than a human being, he wanted to be a “human doing.” He says the work that Christine and The Stray Cat Alliance has done impacted him, and I think anyone watching these videos would agree they’ve been impacted by their work as well. Thank you Stray Cat Alliance for the amazing work that you do for these cats! We hope to see the United States and nations around the world turn into “No Kill Nations” one day soon!
For more: straycatalliance.org
Jane Velez-MItchell reporting for Jane Unchained News Network.