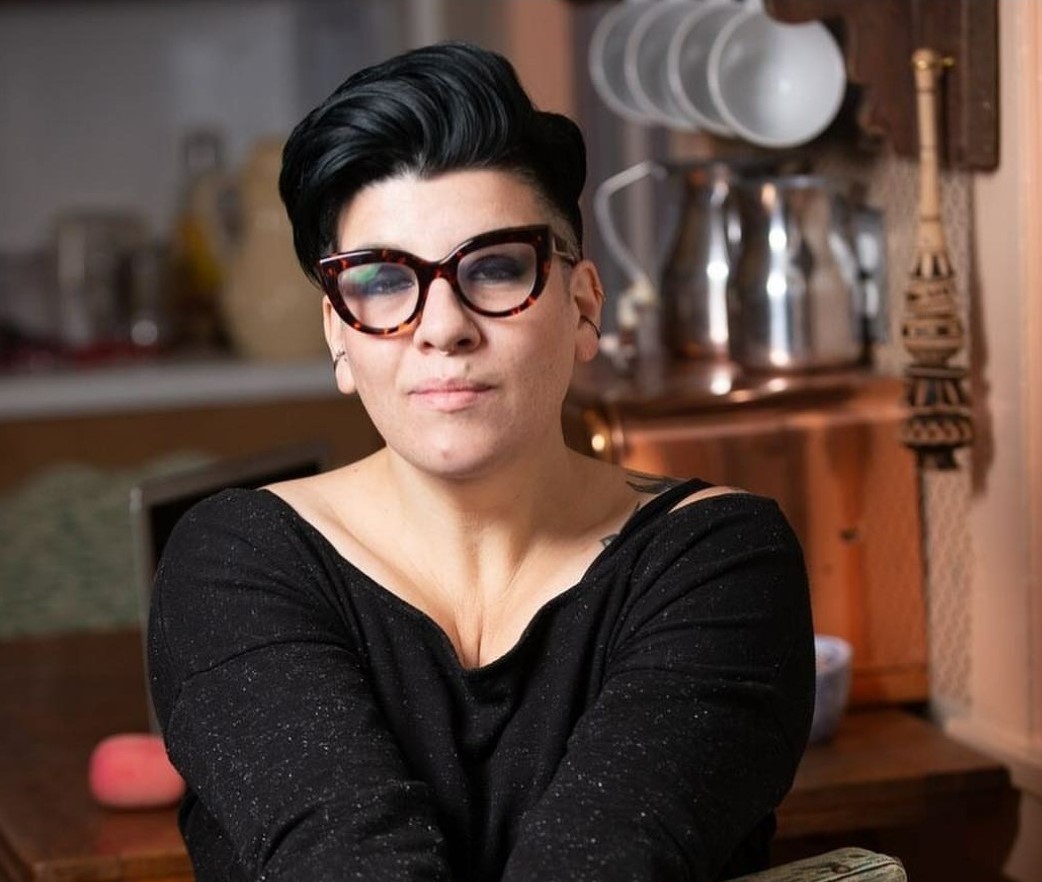 #JaneUnChained on VoiceAmerica – Live Internet Talk Radio with Jasmin Singer! Jasmin is the author of the memoir Always Too Much and Never Enough, the cohost of the Webby-recognized Our Hen House podcast (now in its tenth year), the Digital Director for the award-winning VegNews Magazine, and the Director of Storytelling for social justice organization The Pollination Project. She was named a “40 Under 40” by The Advocate magazine, an “Eco-Preneur” by GoMagazine, and can be seen in documentaries including Vegucated and The Ghosts in Our Machine. Her TEDx talk, “Compassion Unlocks Identity,” debuted last year.

Major media outlets are talking about climate change! However, they are missing the number one factor worsening the climate: animal agriculture. They aren’t encouraging veganism either. The scariest aspect is that the amount of animals being raised and killed for human consumption is rising. Jasmin says that we need to keep pitching these stories whenever and wherever we can. Celebrities have also proven to be very helpful to further the cause of compassion. Jane says, when she worked on a tabloid syndicated TV show, celebrities who would normally run away from her, would actually stop and open up for the chance to address animal causes dear to their hearts.

We have to keep fighting for this planet and spreading the truth. The fires and hurricanes we have seen recently are only a taste of what’s to come if we don’t start reversing the damage we’ve done to this planet. We have to keep pushing because everything we know and love is in jeopardy. Jasmin makes the point that we are more powerful than we think. Each and every one of us has the power to go vegan, thereby saving hundreds of animals every year. We also have the power to reach out to our politicians. Jane adds that we can all use our skills and talents to help fuel the movement. A vegan economy, “vegonomy,” is rising because we are supporting vegan commerce and hiring more vegans to work in vegan companies. More and more vegan options are being offered in large companies like, Del Taco, Carl’s Jr, and Starbucks. McDonald’s and Pizza Hut are testing vegan options overseas. This is all due to demand for vegan options.

Going vegan can be a gradual process. Jasmin encourages people trying out veganism by replacing a meal each day with a vegan option. You can also go vegan for a few days a week. The more people reduce their consumption of animal products, the more the demand lowers for these animals who are bred only to be slaughtered. By reducing the number of animals killed for food, our existence as a human species becomes more sustainable. We are running out of time and a lot of the damage that is being done to this planet is permanent. Please choose kindness if you haven’t already. We all have the power to save our planet… one choice at a time. Let your conscience be your guide!

Tune into Jane’s VoiceAmerica show every Monday at 10 a.m. PST.

Get your copy of Jasmin’s memoir, Always Too Much and Never Enough.

Carl’s Jr. Has The Beyond Meat Burger!!!