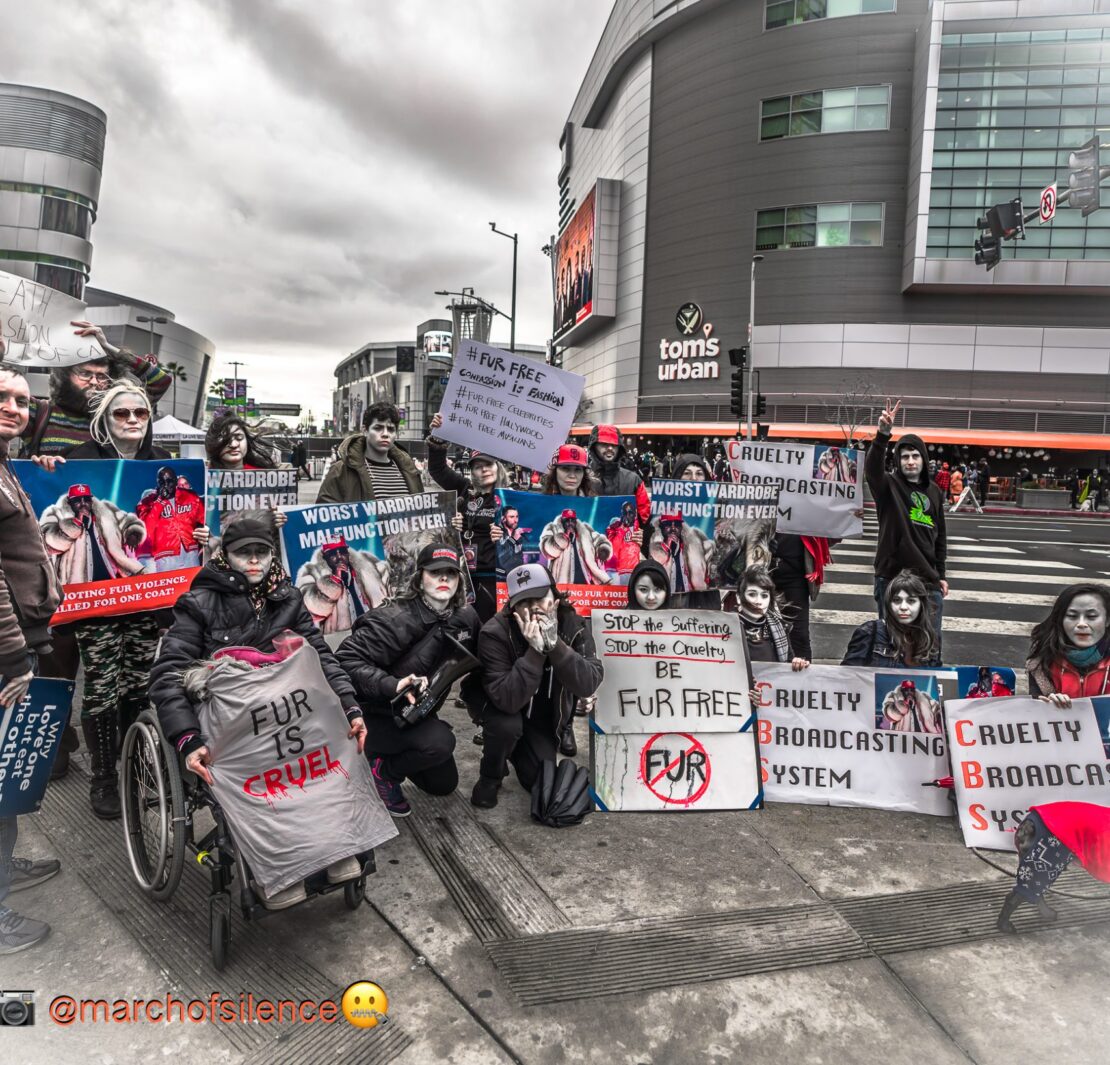 #JaneUnChained at the Recording Academy / GRAMMYs for a peaceful demonstration against CBS – now nicknamed #CrueltyBroadcastingSystem  for allowing rapper Big Boi to wear a FOX FUR COAT, made from dead animals during the Super Bowl halftime show! Animal lovers around the world are urging #FURFREE for all events!

Activists gathered outside of the Staples Center this day to plead with all entertainment broadcasters to stop allowing the use of fur in wardrobes of people in the public eye. As Lindsey Baker explains, the use of fur is not only outdated but it is incredibly cruel. Many of the animals killed for fur are raised in confined cages where they spin around and around in distress until they are killed in the most unfathomable of ways. Animal cruelty is never acceptable and it is not glamorous. There is no need to torture animals for any reason. We ask that all broadcasts exclude the use of fur to make a better example for us all.

Paige Parsons Roache explains that it is time to call the industry out for allowing the use of fur in their broadcasts. Now is the time to demand change. These activists will not be stopped. The Los Angeles Police Department can move them from one side of the street to the other. They can tell them their bullhorn is in violation of city ordinances, but their voices will not be silenced. The police can even give homophobic protestors a better protesting area.  Anti-fur activists will keep chanting and screaming at the top of their lungs for compassion. It will take this type of perseverance and dedication to pave the way for the change they want to see. Several women walked by in faux furs that you could not even tell were faux fur. Synthetic fur has surely come a long way. We applaud these stylish women because compassion will always be in fashion. It’s “their fur, not ours!”

The CBS Network, LAPD, and any others mentioned in this piece are invited at any time to respond!

Photos courtesy of Jane Velez-Mitchell and March of Silence.