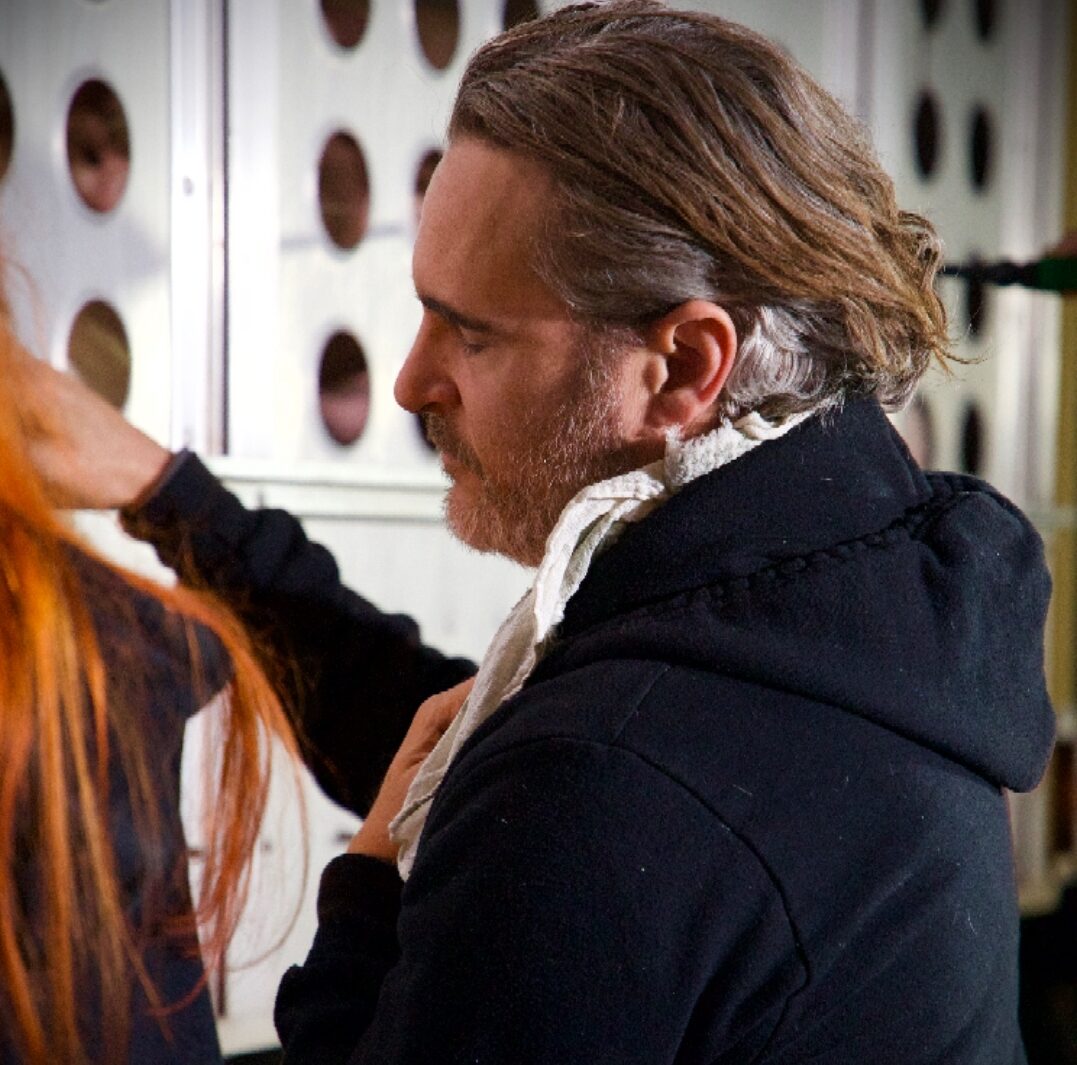 JaneUnchained LIVE  outside a pig slaughterhouse near downtown Los Angeles. This is a pig vigil organized by Los Angeles Animal Save, part of the global The Animal Save Movement. Joaquin Phoenix, not videotaped by JaneUnchained, but was in attendance as part of filming for a piece a show on a show featuring him! Lead L A Animal Save organizer Amy Jean Davis was in attendance with her and Shaun’s beautiful daughter, Phoenix. Co-organizers Robert Sud and Sergio Pinedo were also there to coordinate this event.

Joaquin has been attending pig vigils for years and took this opportunity to show as many viewers as possible his behind the scenes passion, animal rights. Joaquin has been raised vegan since the age of 3 and is a huge advocate for the animals and veganism to save our planet! He has even lent his voice to narrate the phenomenal film which his close friend Shaun Monson created, Earthlings, and Dominion, which Shaun executive produced.
At the vigil, several compassionate activists perform an act called bearing witness. Bearing witness is a term based on the philosophy of Leo Tolstoy. What it means is when you see another creature in distress, a person doesn’t turn away. Instead, they come closer to comfort them in their time of need. In this case at the pig vigils, activists come up to the trucks full of baby pigs who are headed into the slaughterhouse. They give them water which many of the pigs eagerly receive after being on the road for what can be days. The activists may also talk to them softly, and some vigil goers place their hands on them for extra comfort. Other activists document and share what they have witnessed with their social media followers, family, and friends. Sometimes all it takes is one story or post about the truth to change someone’s life while saving these innocent beings.
We applaud Joaquin using his fame to shed light on an industry that is shrouded in darkness to the masses.  Hopefully, this piece about him will guide them to more compassionate choices, so that future generations of animals won’t be unnecessarily used for food. Recently, he starred in and gave an Oscar-worthy performance in the movie Joker. It’s still in theaters, so please go see it if you haven’t already to support this phenomenal vegan actor.  Last, but not certainly least, we wish this incredible man a happy birthday. Happy Birthday, Joaquin Phoenix! Thank you for using your celebrity to help make compassion go mainstream!
Representatives of the slaughterhouse or animal agriculture industry are invited to respond at any time.