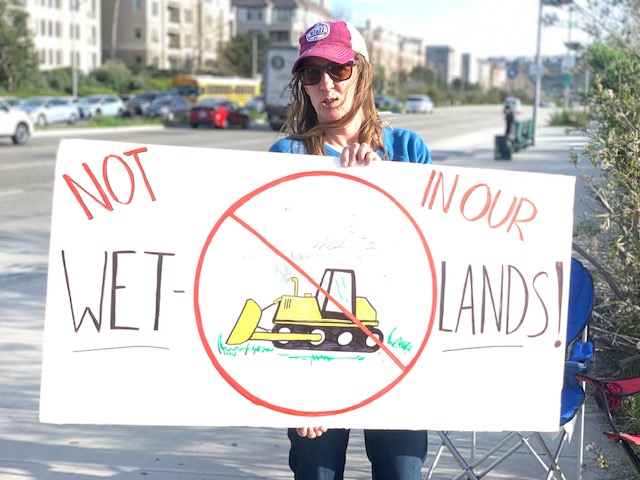 Say NO to Bulldozing the Ballona Wetlands!  Please come to SPEAK OUT AGAINST THIS PROJECT!  THIS TUESDAY, FEBRUARY 18TH AT 6:30pm at Westchester Municipal Building Community Room at: 7166 W Manchester Avenue, Westchester, CA 90045. Public comments are allowed! & click here to sign the Change.org petition.
What’s the real reason they want to bulldoze the only real sliver of wetlands still left in LA, known as  Ballona, 600 acres that are home to so many fragile species including egrets, herons and least terns? How much of it has to do with gasoline interests? Animal rights and environmental protesters charge oil and gas interests have everything to do with this outrageous plan, asserting there are storage wells and gas lines in and around the wetlands that need rejiggering.
The LA Times reports that more than “2 million cubic yards of dredged or fill material would be repositioned on the project site.” Let’s see… move around millions of cubic yards of material and create about 10 miles of bike paths and trails…. what would be left? Do the math.  Where would the birds and small mammals, who now call that area home, go? To heaven? Reps of the gas industry, or the non-profit groups pushing this plan, are invited on any time to respond. Critics say the claim that this destruction is a “restoration” is the height of double speak. Some pro-development forces claim the wetlands are dying. According to what we see with our own eyes, it is clearly not dying. It is alive and thriving with many species of birds and mammals, many of whom we photographed.

Recently, #JaneUnChained was #LIVE in #PlayaDelRey, where furious protesters denounced the controversial plan, charging that – with mass species extinction such a real threat – to displace so many wild animals is wildly irresponsible.

The Los Angeles Times reports the plan would add almost 10 miles of bike paths and walking trails to the area and promoters call that “restoration.” Actually, the word for that is development, not restoration. There are also reportedly plans for a giant parking lot nearby.

Critics say this is selling out the last remaining slice of wetlands in Los Angeles County, California and is a betrayal of all the species who call the wetlands home and who will have nowhere to go! “The last thing we need is more development,” say protestors. Text 69866 and write PLAYA for updates on this campaign! We invite any of the entities or companies promoting this plan to respond at any time. 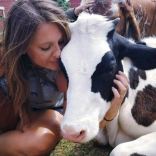