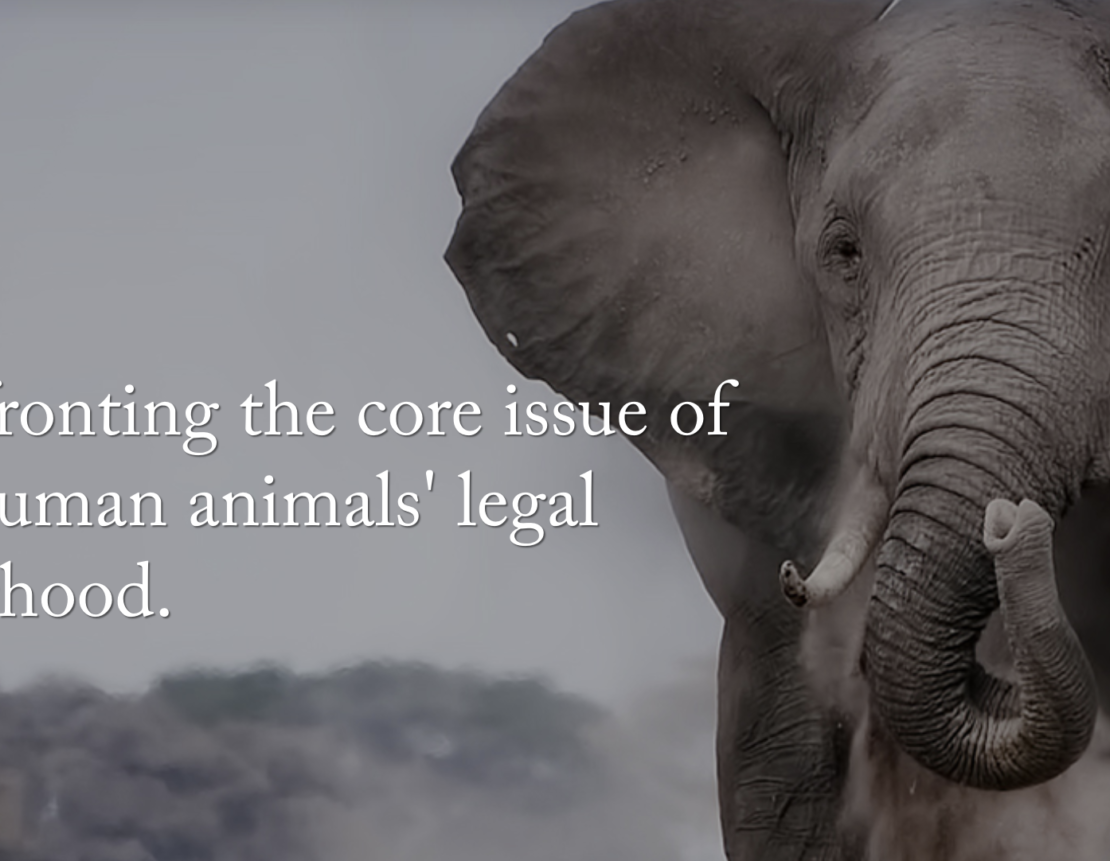 Famed Harvard constitutional law professor Laurence Tribe was on MSNBC this past week expressing outrage over the deployment of federal agents who’ve been running rampant in Portland, without identification on their militarized uniforms or the constitution on their side. Laurence Tribe is passionate about justice and the law. Now, he is bringing his legal gifts to the issue of animal rights, which some predict will emerge as the leading social justice movement of the 21st Century, as it impacts climate change, habitat destruction, wildlife extinction, human world hunger, human disease and – of course – animal cruelty.

ARE ANIMALS ON THE BRINK OF A LEGAL BREAKTHROUGH?

Is a game-changing moment in animal rights law imminent? Are animals about to be declared more than things and property and, instead, be given the status they deserve: personhood? Well, if anyone can do it.. this guy can! The famed legal scholar and Harvard Law Professor has just requested leave to file an amicus curiae (friend of the court) brief in support of the Nonhuman Rights Projects’ appeal in Happy’s elephant rights case, arguing that her legal personhood and right to liberty should be part of New York’s “noble tradition of expanding the ranks of rights holders.”

Happy is the ironically named sad elephant who has been stuck in the Bronx zoo for decades as activists and lawyers fight to get her to one of the many sanctuaries eager to take her. Tribe describes her situation this way. “Happy is an autonomous and sentient Asian elephant who evolved to lead a physically, intellectually, emotionally, and socially complex life,” Professor Tribe adds, “Every day for forty years, her imprisonment by the Bronx Zoo has deprived her of this life.”

PHILOSOPHERS JUMP IN TO HELP HAPPY

Following in the footsteps of Professor Tribe, two habeas corpus scholars and twelve North American philosophers with expertise in animal ethics, animal political theory, the philosophy of animal cognition and behavior, and the philosophy of biology, have submitted amicus briefs in support of NHRP’s elephant client Happy’s legal personhood and right to liberty. You can find NHRP’s press release about these briefs here.

EVEN THE JUDGE WAS SYMPATHETIC

Earlier this year, Happy got a compliment from a Bronx Supreme Court Justice. Justice Alison Y. Tuitt wrote that while she “agrees [with the NhRP] that Happy is more than just a legal thing, or property … and may be entitled to liberty,” she nevertheless claimed she was forced to dismiss Happy’s habeas petition because “regrettably … this Court is bound by the legal precedent set by the Appellate Division when it held that animals are not ‘persons’ entitled to rights and protections afforded by the writ of habeas corpus.”

Professor Tribe shot back with this argument, saying the Appellate Divisions decisions “rest on the manifestly unjust and myopic premise that human beings are the only species entitled to legal personhood and therefore the only beings on earth capable of possessing legal rights. These decisions run counter to New York’s common law of habeas corpus, which has a noble tradition of expanding the ranks of rights holders.”

Vegan Thai Food. This Spice Rainbow Rice Will Have You Singing For More!

Don’t Look At This If You’re Hungry!