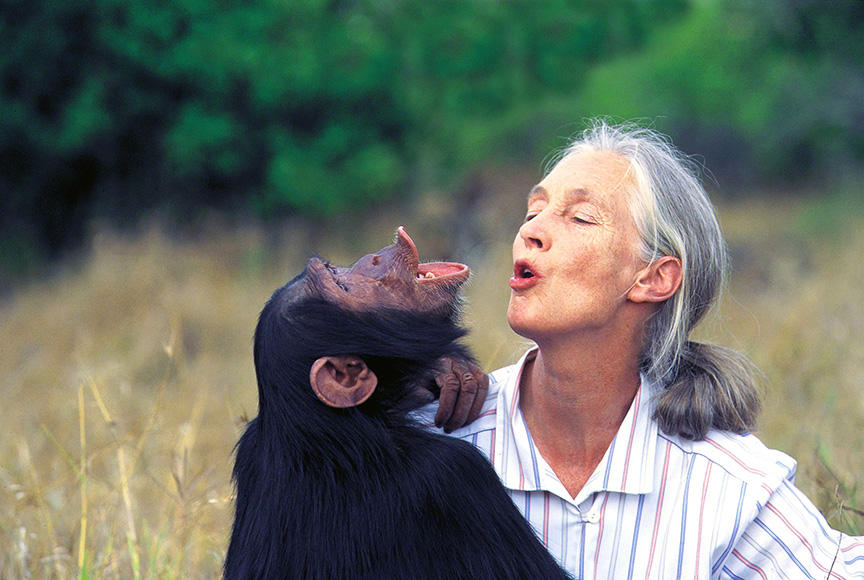 It is For Objects, Not Animals!

Most people treat their dogs better than they treat their tables. Why? Because we know that our dogs have feelings, and deserve basic consideration.

It is time our language changed to reflect the fact that animals are living, feeling beings with complex experiences. Animals are not objects.

The incredible power duo of In Defense of Animals and Animals and Media has decided enough is enough. In an open letter, they are calling for an update to the Associated Press (AP) Stylebook’s guidance on the use of personal pronouns. Because animals are who, not what. 80 other powerful voices of this movement have signed on.

Jane Velez-Mitchell sits down with Alicia Graef of In Defense of Animals, and Carrie Freeman and Debra Merskin of Animals & Media.

The letter begins with a compelling anecdote. Jane Goodall began the effort 40+ years ago, and we still have a long way to go:

Goodall refused to budge and won a small battle for nonhuman animals back then, but decades later we’re still waiting for respected style guides like The Associated Press Stylebook to catch up on the relative pronouns used to describe them.” –Open Letter

Could Language be the Key?

Short answer: yes. If we reframe the way we talk and think about animals, our behavior will change. When we call animals ‘it,’ we downgrade them.

Changing the way we talk about animals is one of the many ways we can fight against speciesism.

“Speciesism” is the human-held belief that all other animal species are inferior. Speciesist thinking involves considering animals—who have their own desires, needs, and complex lives—as means to human ends.” -PETA

Using language that reduces animals to objects is speciesist.

Media is Failing Us!

Unsurprisingly, the AP has failed to respond. It’s common practice for the media industry to ignore any & all pleas from the public to give animals basic consideration.

How much more compelling would language be if we gave animals the value they deserve? “Journalists could see animals as sources of news,” says Carrie Freeman. “If any story that we’re telling affects species beyond than just the human, the interests of those species need to be included in the story.” It is simply inaccurate to see animals as ‘it.’