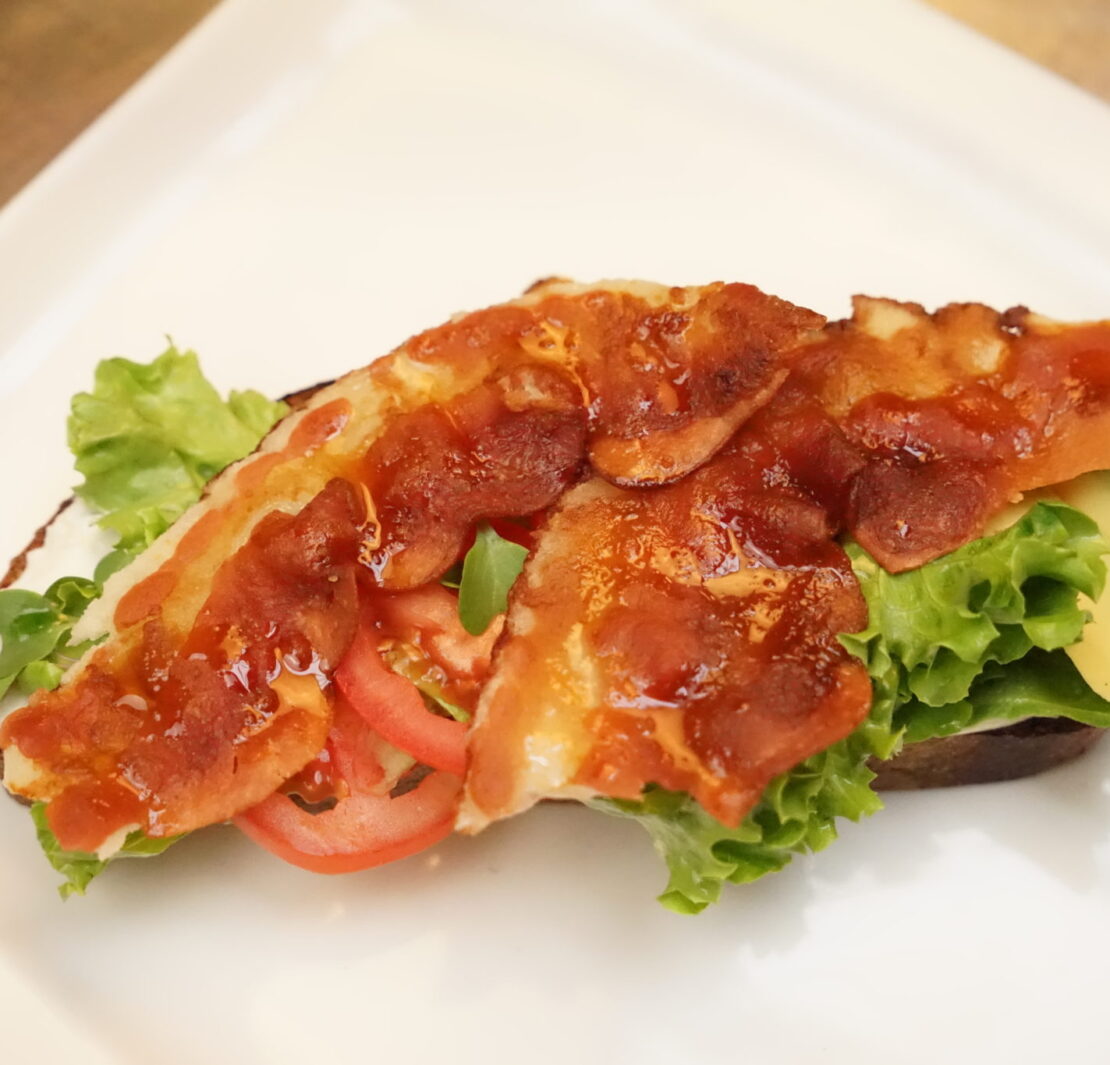 YOU CAN’T EVEN TELL THE DIFFERENCE!

HoorayFoods.com makes vegan “bacon” that looks, sizzles, smells, and tastes like animal bacon. Hooray indeed. Finally, a plant-based “bacon” that is virtually identical to the kind made by slicing up animals as smart as toddler humans. What’s missing from this breakthrough plant-based product is the cruelty, the big carbon footprint, and the cholesterol. To all that we say… good riddance!

Watch JaneUnChained Founder, Jane Velez-Mitchell, fry up this tasty bacon alternative and taste it for the very first time. During this special #LunchBreakLIVE, which you can watch below, Jane wields a frying pan while talking to the company’s founder. Sri Artham created Hooray Foods in 2019 and it has seen exponential growth! Plant-based “bacon” sales are skyrocketing. Find out below where you can buy this breakthrough product that’s #glutenfree, #soyfree, and #dairyfree! Good for our health, the animals, and the planet!

WHERE DID THIS VEGAN BACON COME FROM?

Hooray makes delicious plant-based meats that are designed to look, cook, and taste just like the animal version.  Hooray’s mission is to displace the over 70 million pigs living on U.S. farms today and improve the health of our planet and its people in the process. Together, we can do this! 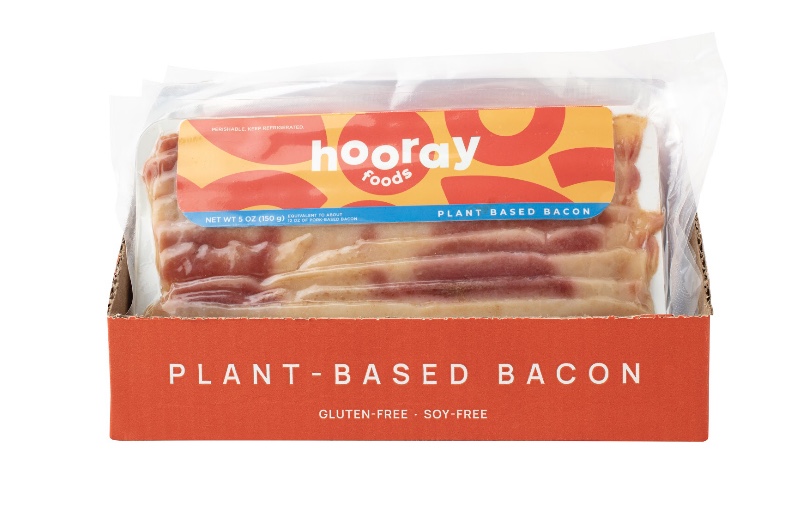 Hooray Foods vegan bacon is minimally processed.  The ingredients are all ones we can pronounce: coconut oil, rice flour, tapioca starch, liquid smoke, umami seasoning, maple syrup, salt and beet juice concentrate. You can buy this product in over 250 Whole Foods Markets, and many smaller stores as well.  You can also purchase it on Amazon,  GFTO.com,  Vegan Essentials.

You can see why Jane enjoyed sizzling up these juicy strips of vegan bacon, crisping them to perfection.  You can now be part of the American Bacon rave that has been going on for quite some time, without participating in any cruelty.  Feed some of this to your pre-vegan friends and watch their reactions. They are sure to be blown away by the flavors and texture. They may not even know it’s plant-based if you don’t tell them.   Change minds and hearts through plant-based foods that are making a positive impact on the climate, human health, and animal welfare.  Hooray bacon is one of those foods!

THANK YOU FOR JOINING US FOR SOME SIZZLING VEGAN BACON!

#LunchBreakLIVE, our daily vegan cooking series, shows us how easy and TASTY it is to be vegan.  This Plant-based bacon is all the rave, and I can see why.  It looks like bacon, cooks like bacon, and tastes like bacon….without ANY animal products at all.  So go ahead and give it a try, feed all your pre-vegan friends, and be the change we need in the world.  If you are looking for easy vegan recipes to add to your collection, be sure to stop by the #LunchBreakLIVE page, where we have a ton to choose from. Until next time…keep cookin’!

What Does “May Contain” Mean on Vegan Certified Products?