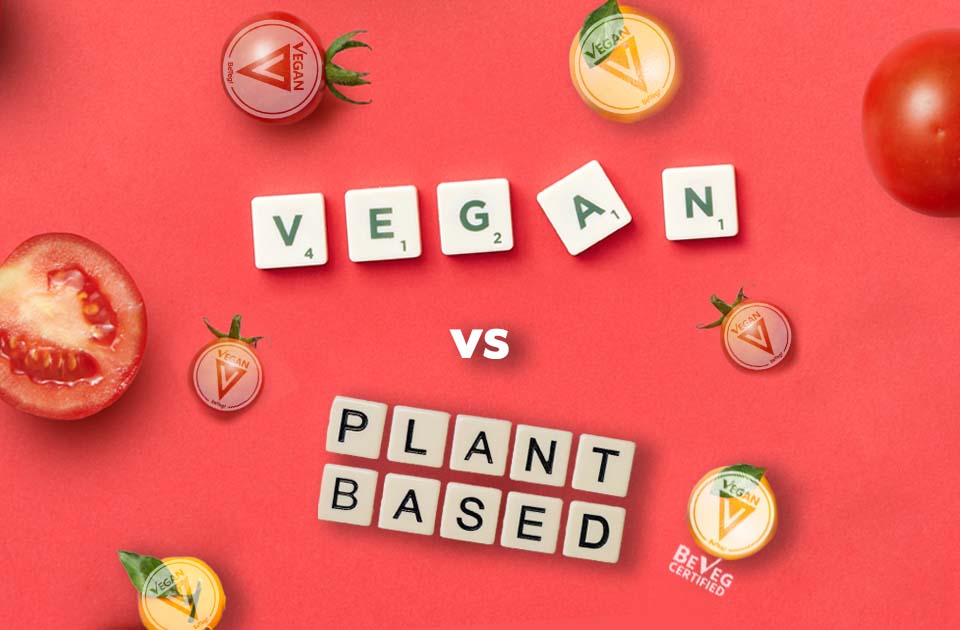 Vegetarian, flexitarian, pescatarian, gluten free, Vegan, plant based….are some of the many ways of labeling oneself based on dietary and lifestyle choices. While many of these terms have clear definitions, the same cannot be said about the words “Vegan” and “plant based.” Accordingly, these terms cannot and should not be used interchangeably.

Plant-based refers to products in the food sector only and is considered a dietary preference for those leaning into a Vegan lifestyle. These consumers prefer products with Vegan attributes for a multitude of reasons: health, environment, and animals to name a few. Vegan, on the other hand, spans all industry sectors (food, cosmetics, textiles, supplements, personal care products, furniture, etc.), and is considered a moral and ethical way of life that refrains from animal exploitation.

Moreover, Plant based means mostly based in plants; while Vegan means free from animal material.  If a product has a certified Vegan claim by BeVeg, that means the product can also claim it is plant-based and cruelty free, as all official Vegan label claims are plant based ingredients and not tested on animals. That means a BeVeg Vegan claimed product is always plant based, but a plant based product is not always Vegan. The words though similar should not be used interchangeably as their technical difference is meaningful.

“While plant based is a type of person label, the product label claim for the plant based consumer is Vegan certified,” says Carissa Kranz, Esq., CEO of BeVeg Vegan Certification.

The FDA states that product labeling should not be misleading, but since Vegan and plant based are nowhere legally defined, there is room for sloppy and loose interpretation, which outright prevents the consumer from making informed purchasing decisions and is in direct conflict with intended consumer protection laws.

Notably, according to Food Navigator, plant based claims are losing credibility with consumers. Food Navigator reports that Vegan claims consistently outperform plant based by driving sales up to 26% more year over year for more than 1 billion dollars for meat and dairy alone.

The best way to warrant a product is truly Vegan is to look out for the BeVeg Vegan trademark. If you see the BeVeg Vegan logo, there is no need to skim ingredient lists or be confused by marketing claims. BeVeg has your back! BeVeg protects consumer rights, by ensuring the consumer can make informed purchasing decisions based on truth and transparency, making the plant-based journey as easy as possible, no matter how you would label yourself. 3333

BeVeg is the world’s first and only accredited Vegan symbol and Vegan certification program. BeVeg is the only Vegan trademark to have consistent global on-site audits by trained third-party technical administrators in the food and product safety space. Meaning, BeVeg is there to protect the Vegan consumer, the plant-based consumer, the flexitarian and those sensitive to animal allergen contamination. BeVeg is the only Vegan symbol globally to go into the facility and audit the practices and procedures in place to ensure there is a robust quality assurance program warranting Vegan integrity with consistency, globally.