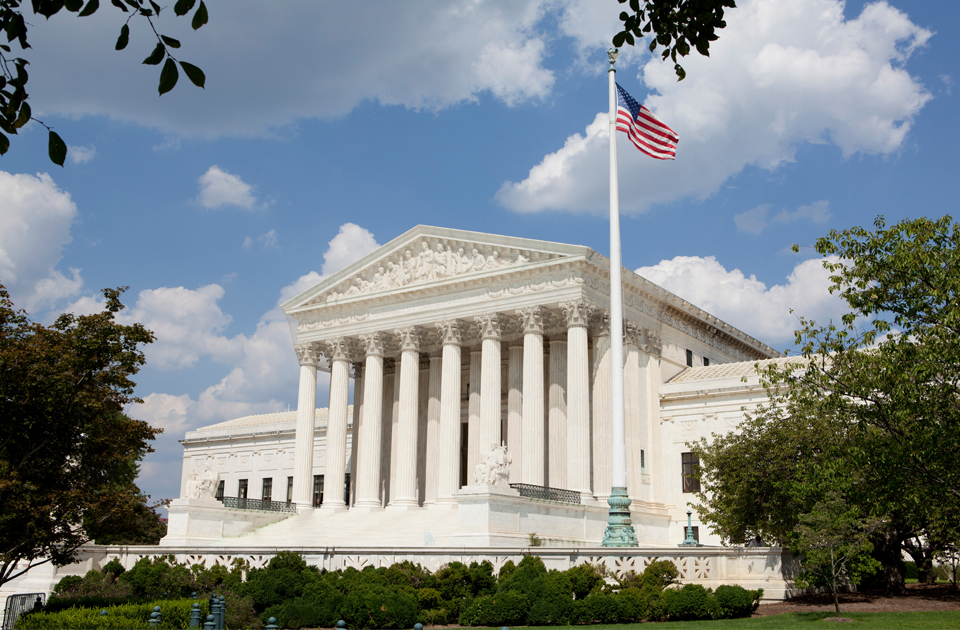 Animal agriculture’s challenge to California’s Proposition 12 will be heard by the U.S. Supreme Court in October

Los Angeles, September 29th, 2022, 9am – It was way back in 2018 that Californians spoke out clearly against animal cruelty! They voted, overwhelmingly, in favor of California’s Proposition 12, which bans certain intensive confinement methods involving farmed animals. It was passed by 63% of voters, and it was supposed to be implemented early in 2022.  However, ever since Prop 12’s victory at the polls, the animal agriculture industry has been constantly challenging it in the courts. On June 28, 2021, the US Supreme Court rejected a legal challenge by the North American Meat Institute. On July 29, 2021, the United States Court of Appeals for the Ninth Circuit ruled against another legal challenge. And, now, this case returns to a higher court. The Supreme Court of the United States will now hear this monumental case on October 11th, 2022.

Many animal protection organizations have joined forces to defend this important law. Among them, Animal Outlook has intervened as one of the defendants in the case. Cheryl Leahy, Animal Outlook‘s Executive Director, spoke to UnchainedTV’s Jane Velez-Mitchell about this case and others. You can watch the entire conversation here:

California’s Proposition 12: The Will of the People

What California’s Proposition 12 says is that farmed animals who are severely confined – such as pigs in gestation crates, egg-laying hens in battery cages and calves in veal crates – cannot be kept on California farms to produce food. It also says that farms in other states cannot sell, in California, products produced from farms with this type of intense confinement. This makes it one of the strongest farm animal protection laws in the country. California, if it were its own nation, would be the 5th largest economy in the world. So, what happens in California automatically dictates what is going to happen in many other markets.

“What this is about is the right of Californians to go to the polls and vote to say, ‘I refuse to be complicit in animal cruelty.’ This is about animal cruelty, and animal cruelty that’s so widespread. So horrific, that immediately people get it. I literally have never had a conversation with somebody and explained what the gestation crate is, and they said, oh, that’s fine.”

And this opposition to such inhumane confinement is widespread outside California too:

“Recent polling said 80% of voters would want Prop 12 to be the law in their state. That breaks down to 83% of Democrats, 80% of independents, and 77% of Republicans. Imagine another issue that has that much widespread support.”

“These animals are losing their minds. Imagine a 500-pound animal put into a space, just a little bit wider than an airline seat, for the animal’s entire life”- Cheryl Leahy, Animal Outlook

An Opportunity to Talk About the Problem

It’s not the public’s job to argue before the Supreme Court. But, citizens all over the country can use this case as an opportunity to talk about what the animal agriculture industry does to billions of animals. Leahy explains it further:

There is something more concrete people can also do:

“One thing we’ve done at Animal Outlook is we created a petition. So, regardless of what the Supreme Court does, you can go on our website and sign a petition asking for a nationwide ban on gestation crates, and our nationwide adoption of Prop 12 standards.”

“Use this as an opportunity to educate and show that animal cruelty and animal agriculture are one of the same. They really can’t operate without the cruelty”- Cheryl Leahy, Animal Outlook

The Case of Heart-Check Labels

In a separate case, Animal Outlook has filed a lawsuit against the American Heart Association (AHA) over its use of Heart-Check labels on certain meat products. The AHA is a huge, Dallas-based,  non-profit organization focused on heart disease. They mark some food products with a heart-check certification, suggesting those foods are good for the heart’s health. However, Animal Outlook alleges that, when such products contain meat and the meat industry has paid for this mark, there is a case to answer in the courts. Leahy said the following:

On their website, the AHA stated the following: “Fees paid by food manufacturers participating in the certification program are to cover administrative costs and operating expenses. No donations are used to support the program.“

The bottom line argument by Animal Outlook is summarized in this paragraph from their lawsuit, “AHA has made numerous claims on its website and in its promotional materials stating that beef is “heart healthy,” despite full knowledge that these claims are false. At least two official peer-reviewed medical journals published on behalf of AHA, Journal of the American Heart Association (JAHA) and Arteriosclerosis, Thrombosis, and Vascular Biology (ATVB), as well as independent scientific studies and health and nutrition experts alike, have long-recognized that beef is not “heart healthy.” By way of example and not limitation, scientific studies reflect that eating only a small portion of beef presents a higher risk of cardiovascular disease.4 AHA is aware of these studies…”

We invite the pork industry and the American Heart Association at any time to respond or comment.