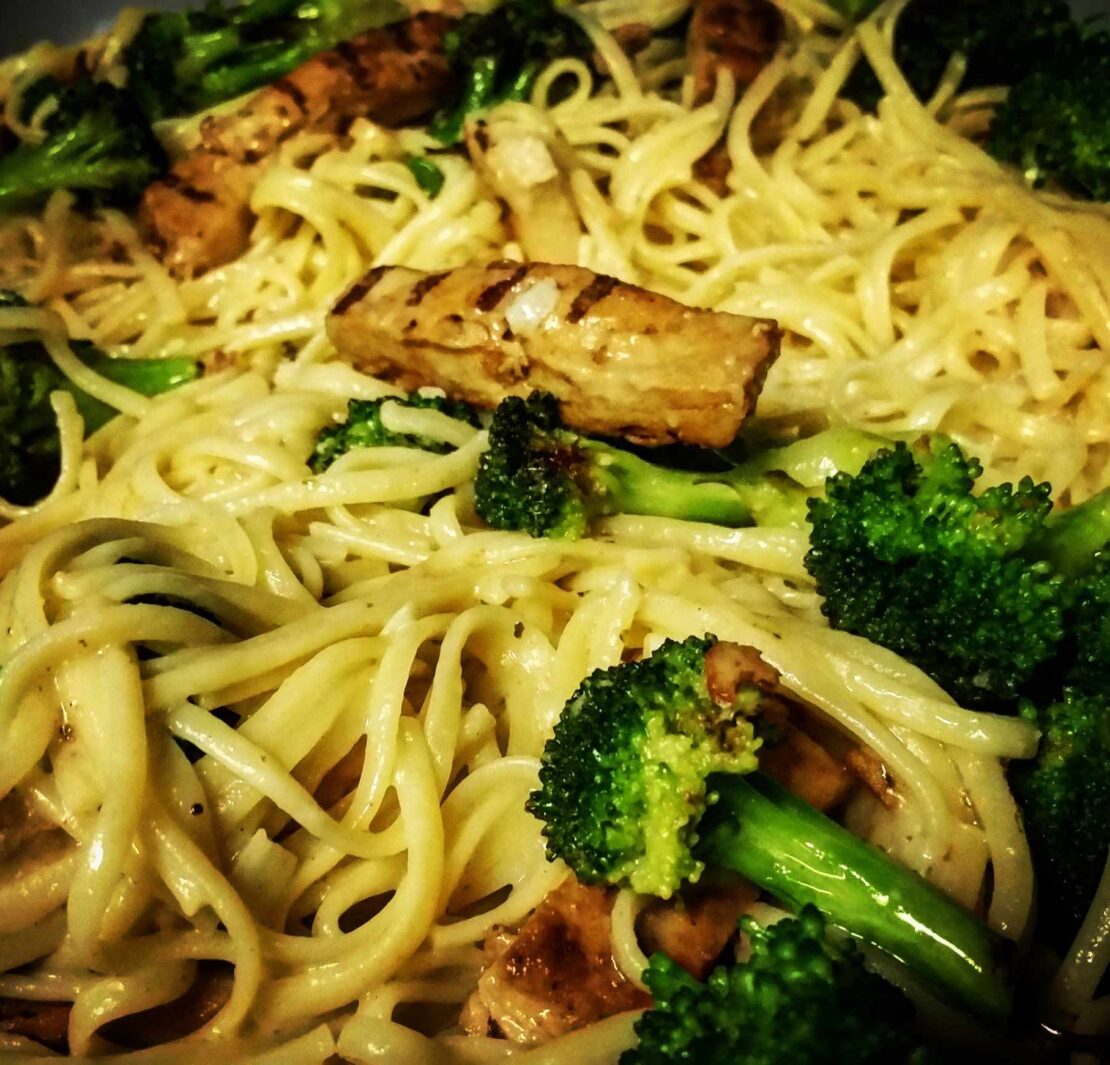 Brian Manowitz aka Vegan Black Metal Chef makes “He who Sought the Alfredo” (Pasta Alfredo) from his cookbook, “Seitanic Spellbook” available at: veganblackmetalchef.com
RECIPE:  He who Sought the Alfredo (Pasta Alfredo)
Spell Reagents (Ingredients)
Coconut Milk (High Fat)
Vegan Butter
Vegan Parmesan Cheese
Plenty of Fresh Garlic
Vegan chicken and/or shrimp (optional) vegetables (optional)
Pasta
Salt and Pepper
Fat, Fat, upon more Fat, Garlic, and Pasta! Nothing could be more tasty. Every culture has several easy pasta dishes and this is no exception. The Cheesy, Garlicy, Buttery, full flavor goes great as a main dish or an infernal side.
It goes without saying that you shall scald some pasta in lightly salted boiling water. Boil it until it goes limp and cries for mercy.
1) Begin by melting the vegan butter into high fat coconut milk. If you did not see the concept on choosing coconut milk before…. your goal in life is to pick the can with the highest calories and fat. Before your eyes is about half a can.
Use a crap ton of butter, about a third as much as your coconut milk.
Grate in several cloves of garlic to bring about the aroma of perfection. I use about two thirds of a clove for half a pound of pasta. Heat this on a medium low heat and bring to a boil.
2) Acquire from the depths of your soul some vegan Parmesan cheese. This is becoming widely available so consult the oracle of the internet if needed.
3) Season with salt and pepper to taste. Go easy on the salt. The vegan butter is already a bit salty.
4) If summoning vegan meat and vegetables, saute them in a seperate pan with oil until they cry for mercy and are done.
That is is, drench your pasta in the Alfredo sauce and call this decadence into existence.