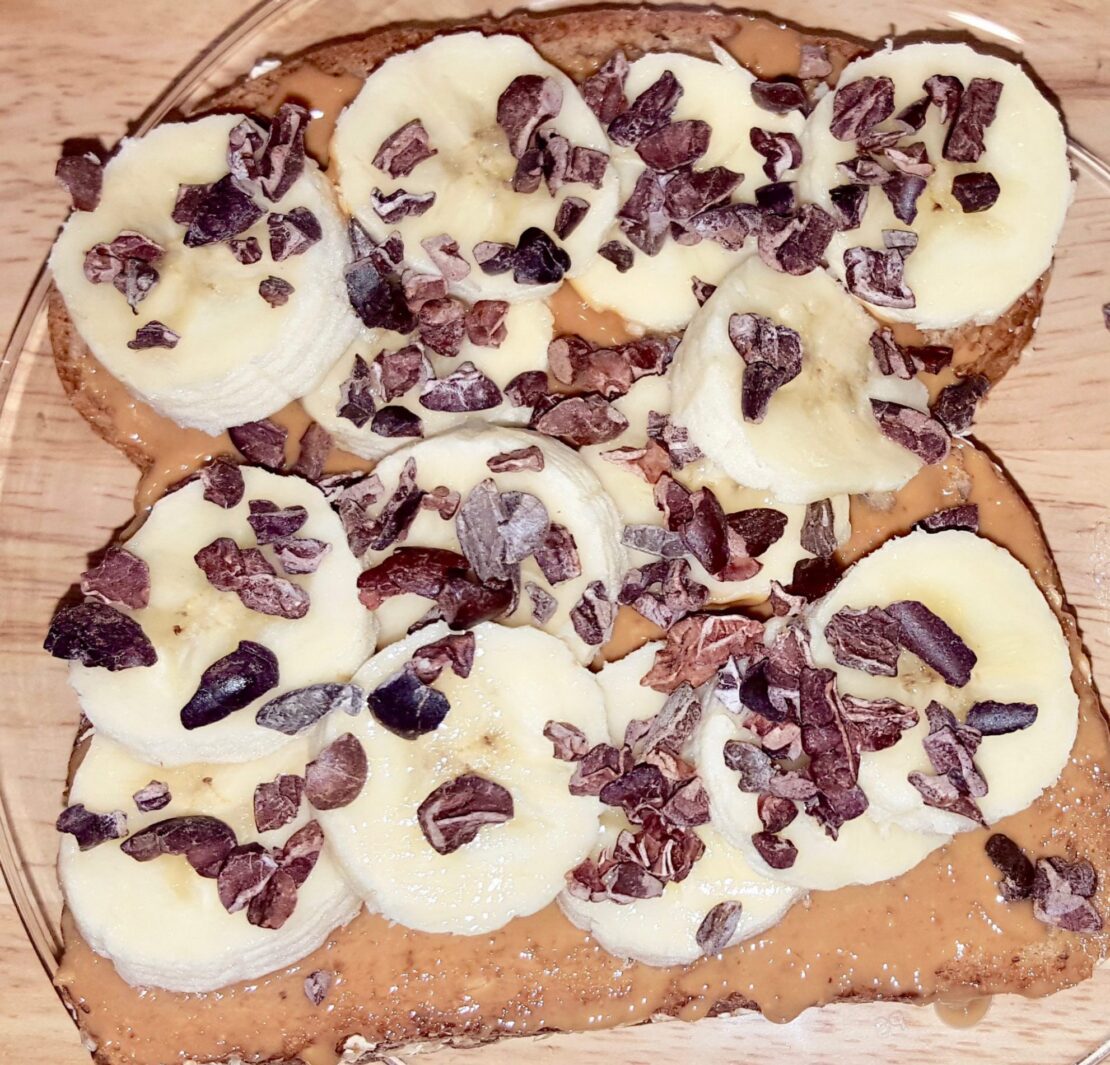 Spread almond butter on two slices of bread.  Put a layer of sliced apples on both slices and sprinkle with cinnamon and syrup.  Put the apple concoction in the oven on 350 degrees until the bread gets toasty.

Cover the bread with peanut butter and pomegranate seeds