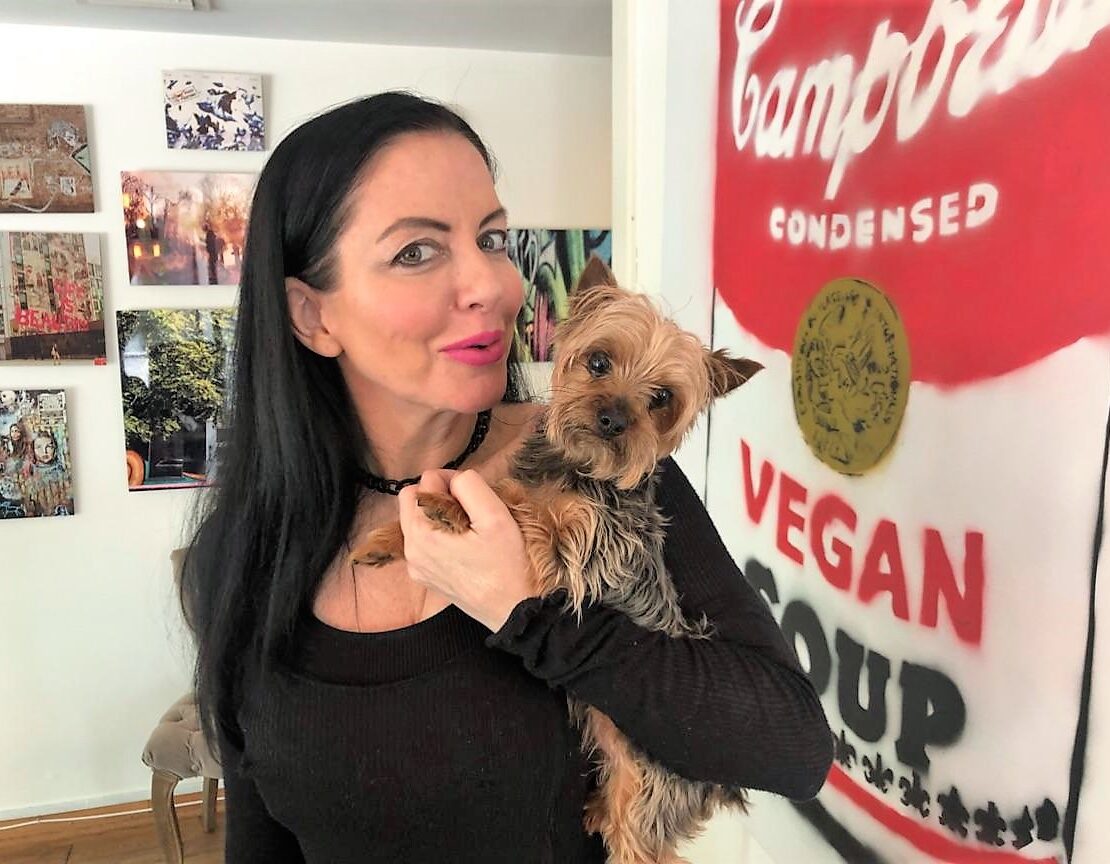 #JaneUnChained LIVE with Ivonna Cadaver of Macabre Theatre exclusively on Youtoo America television! Ivonna has an extraordinary surprise for all the animal loving fans of #JaneUnChained that she will reveal LIVE! Watch and let her know what you think!
Ivonna stopped by Jane’s place with her adorable little doggy, Gabriel, for an important reason. She normally features Hollywood horror clips on her show, “The Macabre Theatre.“ but on this day she was there to talk about the real horror displayed in a public service announcement (PSA), courtesy of Jane Unchained News Network. Ivonna is featuring the PSA during the breaks on her show, and she is giving her viewers a glimpse of the horror experienced by the pigs arriving on a truck to the slaughter house. The footage was filmed during an activist event called a pig vigil, where activists come together and try to comfort and document animals who are suffering. At the end of the public service announcement, her viewers are asked to “Ditch the Flesh,” and by doing so help put and end to the genuine terror experienced by these animals.  She hopes clip will bring awareness to people of the unnecessary inhumane slaughter of baby pigs. Like Jane says, people think their “bacon comes from bacon trees,” and that is simply not the case.
Ivonna says that people eat the suffering of the animals that are slaughtered, and Jane explains that these baby (4-6 month old) pigs, in the public service announcement, were transported for what could be hundreds of miles without food or water. They are killed shortly after they arrive at the slaughterhouse and it’s all so unfair and unnecessary. Think of the animals you love, possibly a dog or a cat. Why would you love one animal and eat the other? Thank you Ivonna for using your entertainment platforms to help increase awareness of the horrors animals destined for slaughtered endure!
You can help end their suffering…
Help others make the connection and stop eating animals or animal products. When demand for these products decrease, so do their deaths. We hope practices like animal agriculture are obsolete one day soon!
See Also
ANIMAL JUSTICE

Check out Ivonna the “raven-haired temptress” on her show broadcast on Youtoo America Saturdays at 10pm EST and get lost in the Hollywood horror show.
Jane Velez-Mitchell reporting
https://www.macabretheater.com/

Would You Trade Places With The Animals In Zoos?