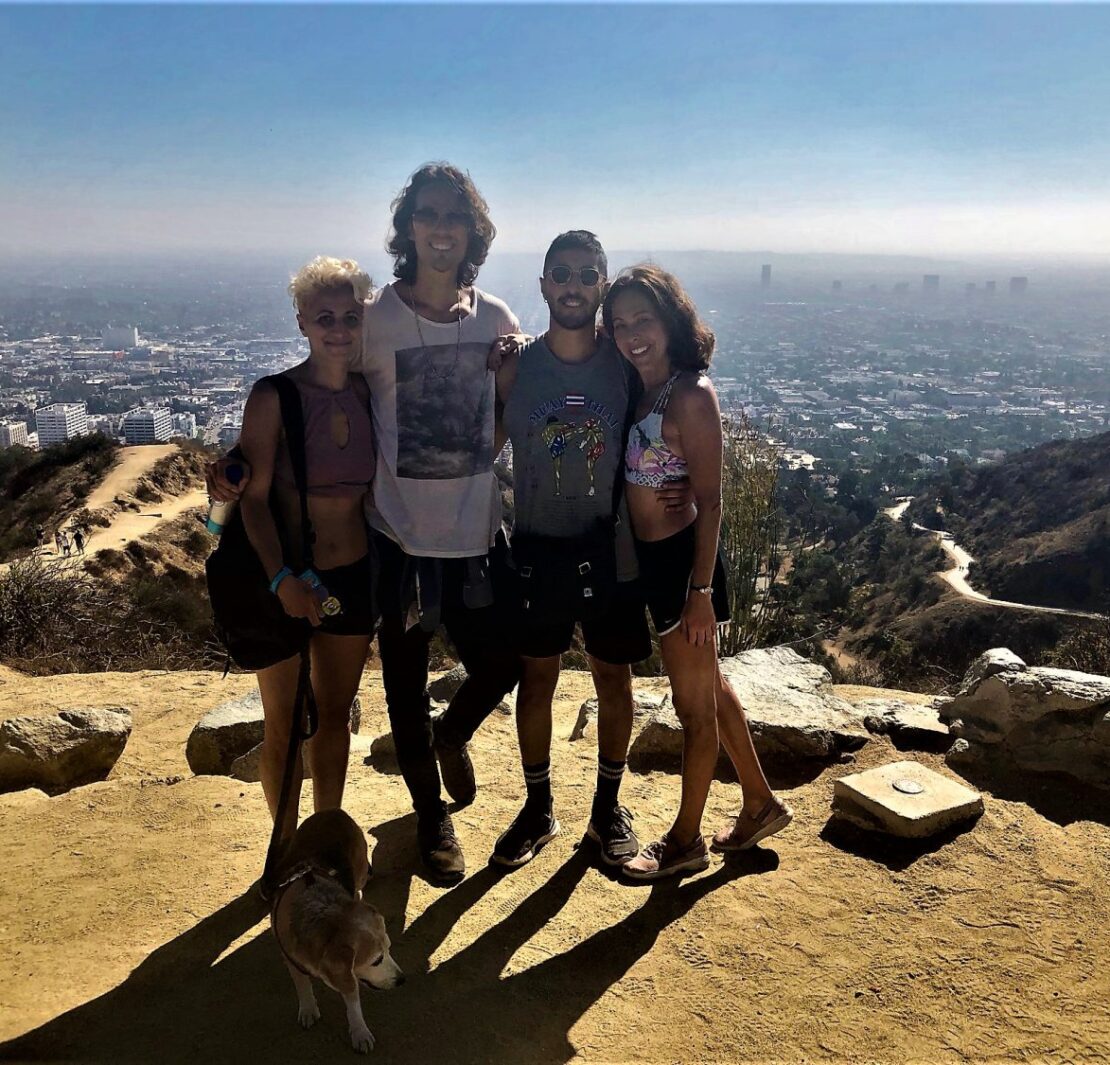 Runyon Canyon Vegan Conversation with Dylan Townsend, a director, writer & actor from Dublin, Ireland https://www.dylantownsend.com/ & James from Sydney, Australia. Sarah decided that hiking Runyon alone was not productive enough. She had to reach out and tell these two men the truth about veganism. James says he loves meat so it’s hard for him. Sarah responds there are so many plant-based meat alternatives from Beyond Meat to Impossible Burgers that taste just as good as meat from an animal.
Sarah also points out that there is a layer of smog you can see from the top of the canyon, and that animal agriculture is the biggest contributor of greenhouse gasses. This weekend The Climate Healers organization, headed by Dr. Sailesh Rao, is holding their conference to bring people together to help spread knowledge about how to save and regenerate our environment.
It is so important to open dialogues like these, especially if you have an ear that is willing to listen. You never know how you can change someone’s life with one conversation. They may not go vegan on the spot… But you have planted a seed of knowledge that will hopefully lead that person to choose compassion and go vegan one day soon!
The awesome acronym Sarah uses to explain why everyone should go vegan:
Cruelty to animals.
Health. Better health with a plant-based diet.
Environment.  Environmental destruction due to animal agriculture.
World hunger. We could feed the whole world with the grain we feed to animals we kill.
Visit the Climate Healers Organization’s Website for more information about saving the environment!
See Also
Animal Agriculture