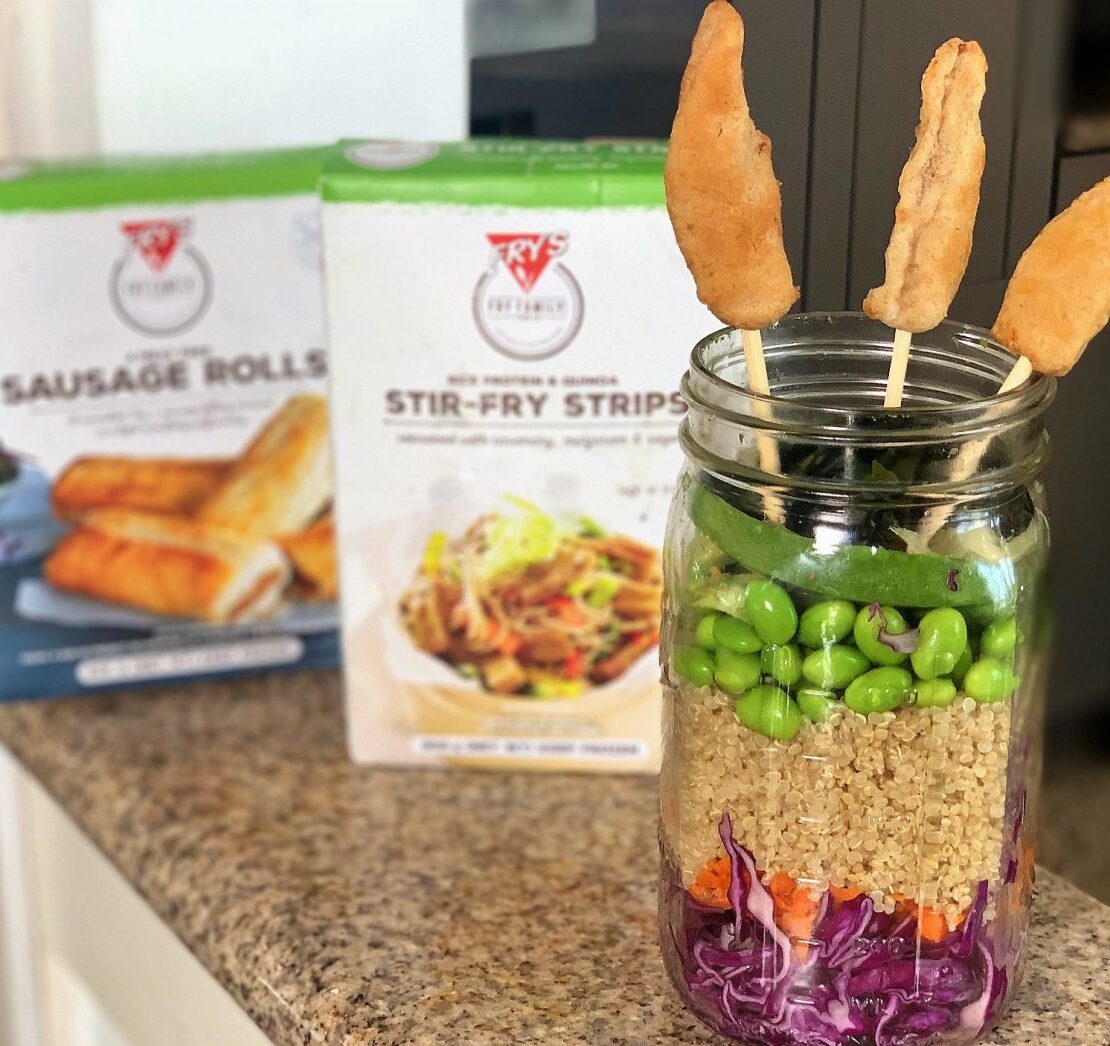 #LunchBreakLIVE with the incredible Tammy Fry of Seed by Tammy Fry and The Fry Family Food Co. This family-owned almost 30-year-old vegan food company saves 3 and a half million animals every year! Fry’s is in 28 countries and about to hit the US! Their products mimic meat are delicious and easy to make! What store do you want to see Fry’s in? Vote in the comment section now! Tammy is the marketing director of Fry Family Food Company, spreading the positive message of health and compassion!
Tammy’s grandfather was a farmer in South Africa. He also farmed animals like chickens and goats. He worked in construction for a while when his daughter, Tammy’s mom, convinced him not to kill chickens. Later, he built a piggery as part of his construction work. When he saw the piggery, he had an epiphany and went from being prideful about what he had built to wanting to save all the pigs from their unfortunate fates. This is how the 100 percent plant-based Fry Family Food Company began! Thanks to the efforts of this “purpose-driven” company, it is estimated that 3.5 million animals were saved in the past year based on calculations of sales of Fry’s plant-based alternatives that were bought.
Tammy is also an amazing athlete. She is surfs, lifts weights, and is a black belt in karate. But that not all, she’s also a super mom of two who makes food that appeals to kids. Tammy knows her food and she knows the nutritional benefits of every ingredient she uses. Jane is so impressed by her cooking skills she describes Tammy as “chefalicious!”
Tammy is jazzing it up in the kitchen today in using her food brand and an air fryer. The Fry’s prawns she uses this day are full of protein, and so is the quinoa she substitutes for rice. She points out the purple cabbage looks like a brain and is good for your brain too! Today she makes the sausage rolls and a sushi jar with vegan prawns and a cashew cream sauce. Tammy says she uses Himalayan salt, which has helped her with her migraines because it helps keep her hydrated. Jane says anyone would love the sausage rolls. Jane is blown away by Tammy’s brand and her cooking! We hope to see this amazing plant-based food company in Costco or any other store in America soon!
Visit The Fry Family Food Company website!

Or make your own:

You will need only 6 – 8 tbsp for the sushi jar, but great to keep in a sealed bottle in your fridge

4 tbsp water (more may be required depending on your blender)

Blend for 30 sec until smooth and creamy

Wash the quinoa to remove any residue. Place quinoa and water in a pot. Set to high heat, stirring occasionally until it reaches a boil. Reduce heat to low, cook for 10-12 minutes.

Meanwhile in a small saucepan combine the vinegar, sugar and salt over low heat. Stir until the sugar and salt are dissolved. Remove from heat and cool. Once the quinoa is cooked, place in a ceramic/plastic bowl. Fold the vinegar mixture into the quinoa. Place in the fridge to cool.

Start by adding 3-4 tbsp quinoa to the bottom of the jar, then layer on the cabbage, carrot, edamame, ginger, avocado and wakame. Repeat with another clean jar, or until all ingredients are used.

Seal and refrigerate up to 3 days.

When ready to serve, grill the Fry’s Prawns. Skewer the prawns and place them in the salad jar.

Dip the prawns into the cashew wasabi cream.