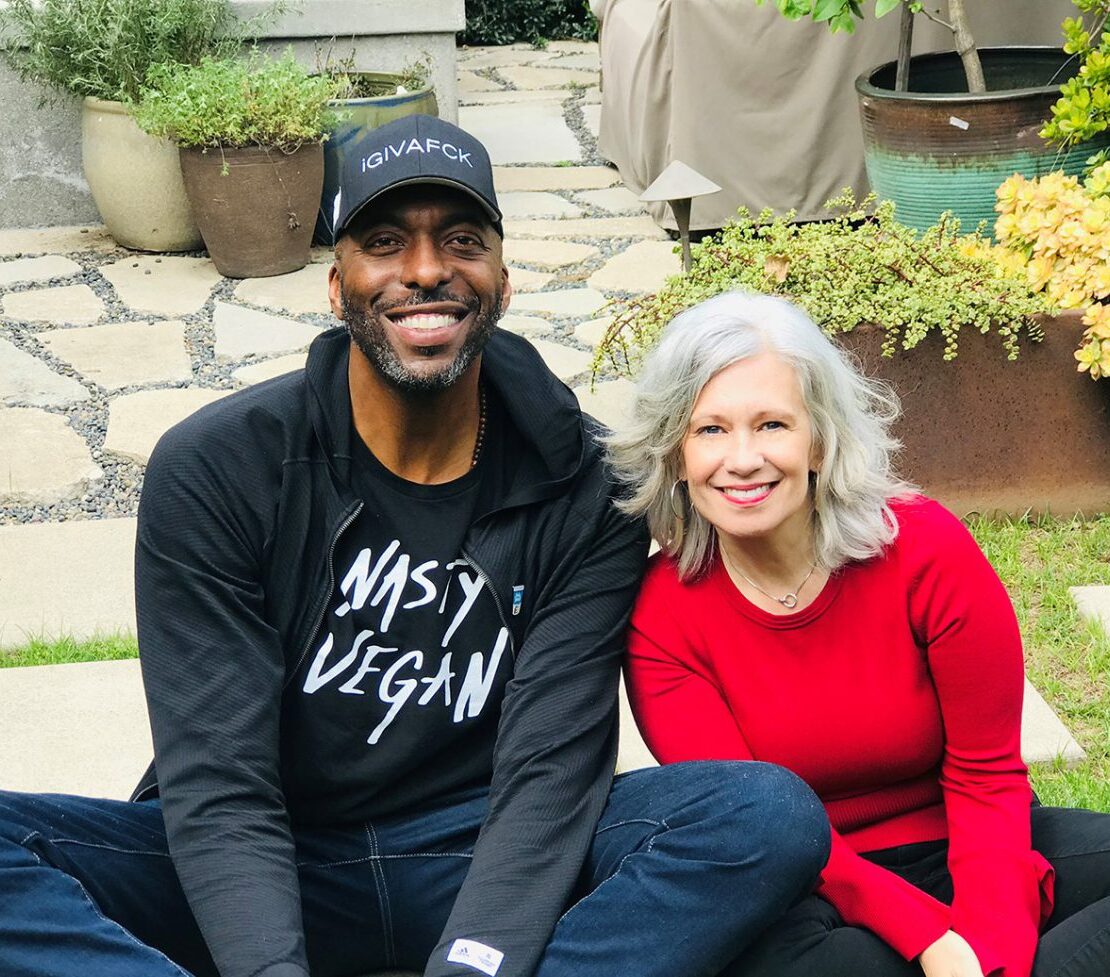 March Madness is upon us! Who better for correspondent Elysabeth Alfano to talk basketball with than John Salley – the wellness master, vegan athlete, and 4-time NBA Champ. It’s another episode of Awesome Vegans with Elysabeth Alfano Podcast/Vlog right her LIVE on #JaneUnchained.
John is a basketball champion, and he attributes his way of thinking to his former coach Phil Jackson. John was fortunate to play for both the Chicago Bulls and Los Angeles Lakers with Phil Jackson. John started his journey to veganism in 1991 when he did some macrobiotic cleanses. He made the jump to a fully plant-based diet in 2008 and he gives a lot of credit to a local restaurant he frequented called Madeleine’s Bistro in Tarzana.  He compares his body to a sports car, what you put into it is what you get out of it. He needed to make sure his “race car” performed optimally so he did research and learned how to put the correct nutrients into his body. Now he is an advocate for wellness and he recommends a vegan diet to everyone!
John is not only a legendary athlete, he is also an entrepreneur. He has invested in several companies and he makes sure that they are aligned with his ethical lifestyle. He is invested in eco-vegan companies including a vegan 6-hour energy shot with all the nutrients you need in one day. He also is invested in a vegan pesticide company that does not kill insects on plants. He even co-owns the popular vegan wine brand, Vegan Vine. John collaborates with Physicians Committee for Responsible Medicine and PETA to help further animal rights and veganism for health. John Salley’s mantra is to go vegan, eat plenty of green vegetables, drink distilled water with nutrients, eat legumes, and plenty of fruits. We’ll take it from the champ! Go vegan today to be like NBA legend and now vegan legend John Salley!
Visit John Salley’s website!
Elysabeth Alfano cooking LIVE for JaneUnchained.com
Photos courtesy of Elysabeth Alfano, John Salley’s website, and Fabwags.com.
Report edited by Ellen Dent.