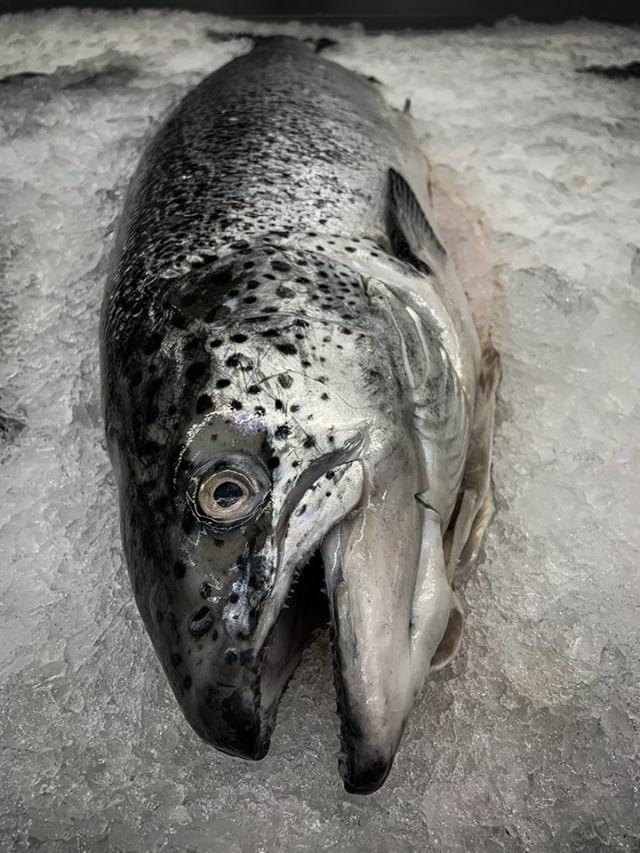 Reporting #LIVE on #JaneUnchained News Network at the first Los Angeles Fish Save vigil at a fish market in San Pedro, California. Bernie Estrada and Hannah Fowler-Kimsey organized this vigil for the newest Save Movement chapter in Southern California! Watch as activists spend their Saturday morning spreading awareness of the fact that fish are sentient creatures and overfishing is destroying our oceans.

Activists explained they gathered here this day to take a stand for these sea creatures. They also want to convey the issues about the toll that fishing is taking on our environment. Gillnets used to catch fish often times pick up other species of animals and wreck the delicate ecosystem under the ocean. Activist Hanna Fowler-Kimsey took us on a tour of the market. We were able to see several different species of fish on ice that they explained are sometimes still alive when they are put on the ice. We also went into the boiling area where they boil crustaceans picked out by customers onsite. One worker explains that the spider crabs we saw were accidentally caught when they were trying to catch lobsters. There is a market for spider crabs so they keep them and sell them as well. According to Hannah when a crab or lobster is chosen they are boiled alive for 15-20 minutes in a slow boiler behind the tanks.

Our species has a responsibility to protect our planet. This includes telling others the truth, so they are able to make conscientious decisions. Activists passed out flyers at this vigil and they talked to people about the fact that fish are sentient creatures too. We were told that one worker who is experiencing health problems cried during an outreach session with one of the vigil goers. Our oceans are heavily polluted with chemicals and microplastics. We can only imagine how much of that pollution is carried in the bodies of sea life onto people’s plates. One officer who reported to keep the peace at the vigil said he was about to cry because an activist tried to hand him a brochure with a photo of a dog on it. His dog is currently dying of cancer. People often times form deep bonds with companion animals versus other species of animals that are just as sentient and capable of suffering as their dogs or cats. According to PETA scientists have determined that the pain system in fish is similar to that of birds and mammals. We hope that the efforts of Los Angeles Fish Save’s vigils and similar demonstrations held by others will help increase awareness of the terribly painful deaths that sea creatures endure being eaten unnecessarily by human beings.

The fish market and fishing industry representatives are welcome to respond at any time.