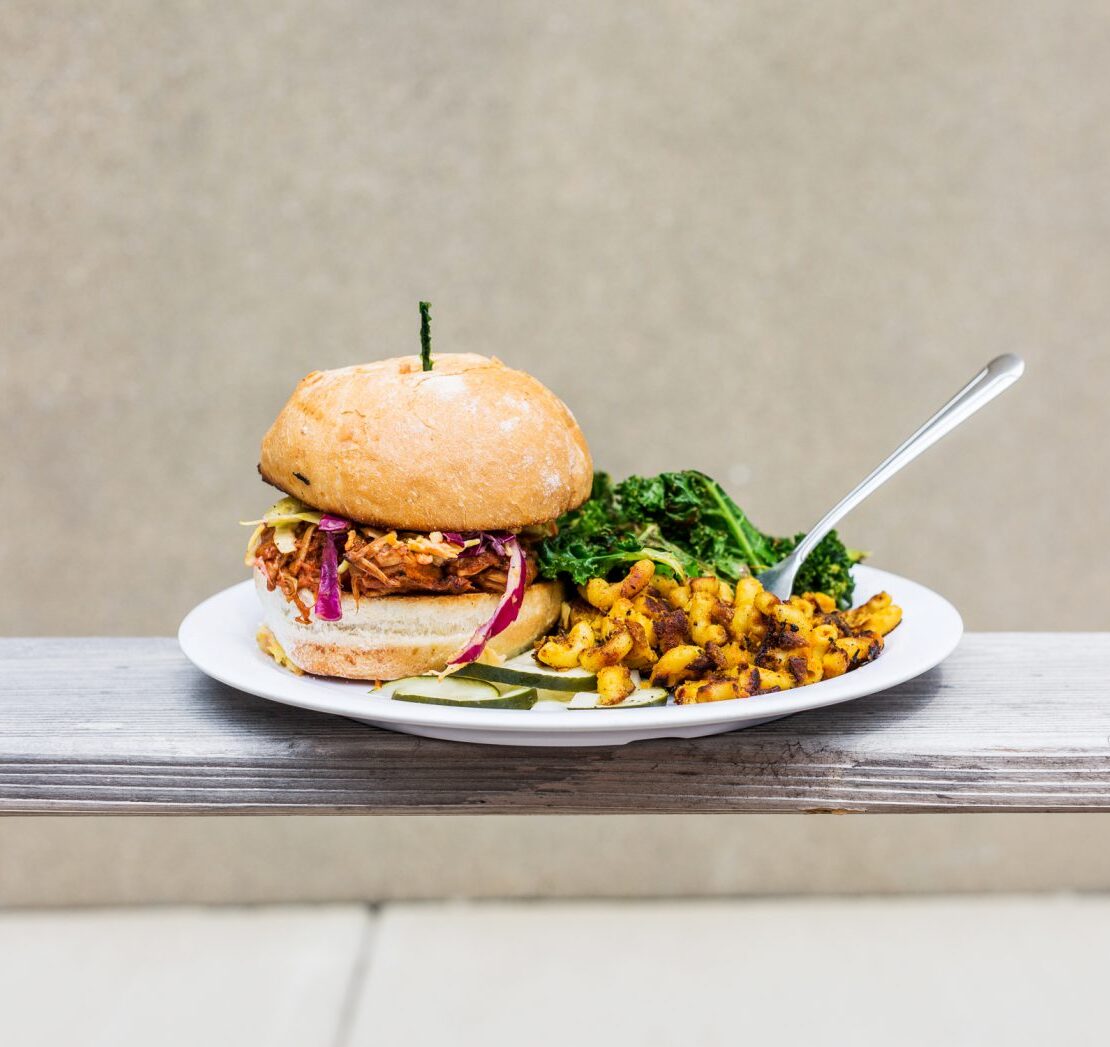 Born from the incredible growth and interest in the Upton’s Naturals Products (Seitan, Jackfruit, Thai Meal Kits, BBQ Sauces, and Jerky Bites), Chicago’s Upton’s Breakroom began in 2013 on the near-Westside.  Upton’s Naturals began in 2005 in a shared kitchen space and was in stores by 2006.  But when growth became so large that founder Daniel Staackmann and VP Nicole Sopko needed to build a building for growing production, Nicole explains that they also wanted to have a space where people in the neighborhood could get good food every day, just like the food Daniel and Nicole were making and eating.  “We are part of the solution, not part of the problem,” Nicole says.

If you are in the Chicago area and haven’t been to Upton’s Breakroom, I highly recommend you visit.

Let’s Get To Know Elysabeth a little better.  From Her Website:

“In 2018, Elysabeth launched the Awesome Vegans Podcast and Video Series on WGN Radio. She is also a plant-based chef, lifestyle and news expert. Elysabeth is a guest host for WGN Radio and reports for the #JaneUnChained News Network while also spicing things up on The Silver-Chic Chef online vegan cooking series. She has done plant-based cooking demonstrations on WCIU-TV and WGN-TV and is a public speaker on the physical, mental and environmental benefits of a plant-based diet at food festivals and on radio stations around the nation, including iHeart Radio’s The Fork Report. Occasionally she writes for VegNews and contributes to NPR’s KCRW (Los Angeles) as a plant-based reporter.”

And Some Behind The Scenes Action

Imagine Having Your Body Left To Science While Still In It!