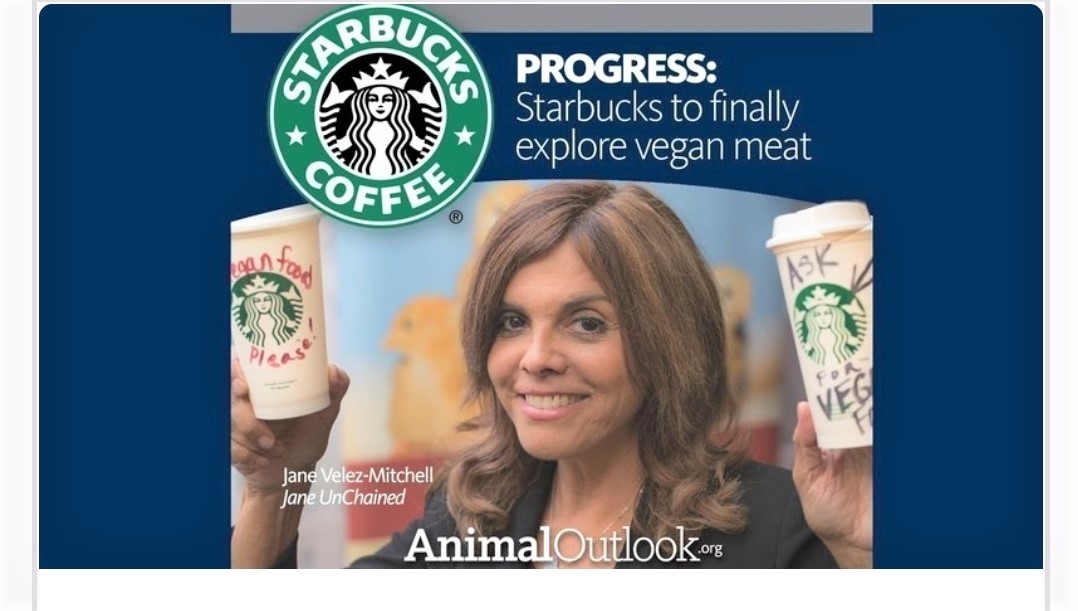 JaneUnChained LIVETALK with Laura Lee Cascada of Animal Outlook formerly Compassion Over Killing. Getting companies to offer more vegan food and drink items. Today, we are talking about Starbucks! Starbucks chief executive officer Kevin Johnson announced Tuesday a renewed focus on sustainability, all with an eye toward eventually “giving more than we take from the planet.” “Our aspiration is to become resource positive — storing more carbon than we emit, eliminating waste, and providing more clean freshwater than we use,” Johnson, says. 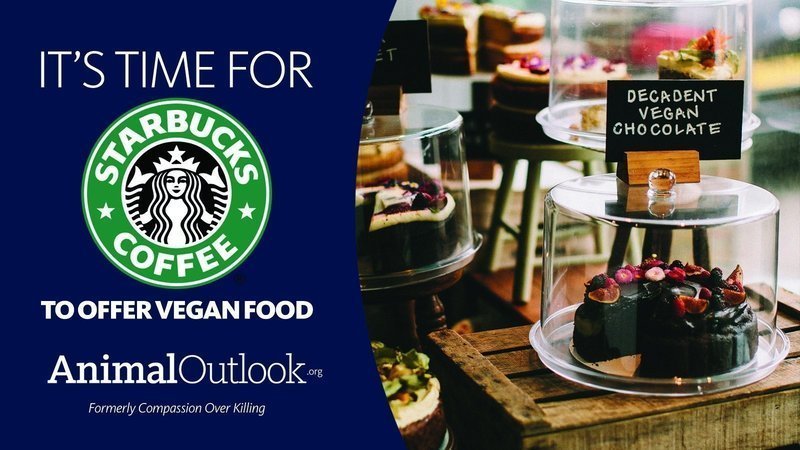 Simply put Jane says that we can’t afford to eat animal products. We’re not talking about money. It’s just not sustainable anymore. Our planet is becoming uninhabitable and major change is needed to make sure that we can save ourselves and all other species from extinction! We need a big change and Starbucks is an international company that has the ability to make this happen! Laura explains that they are already doing well offering 3 types of plant-based milk. But they are lacking in quality vegan options in the United States that also taste good. She cites the vegan cookie that they briefly trialed but was not popular with consumers. Laura shares that Starbucks has vegan mac and cheese and wraps in the UK. Jane adds that she tried a delicious falafel wrap in Zurich last year. 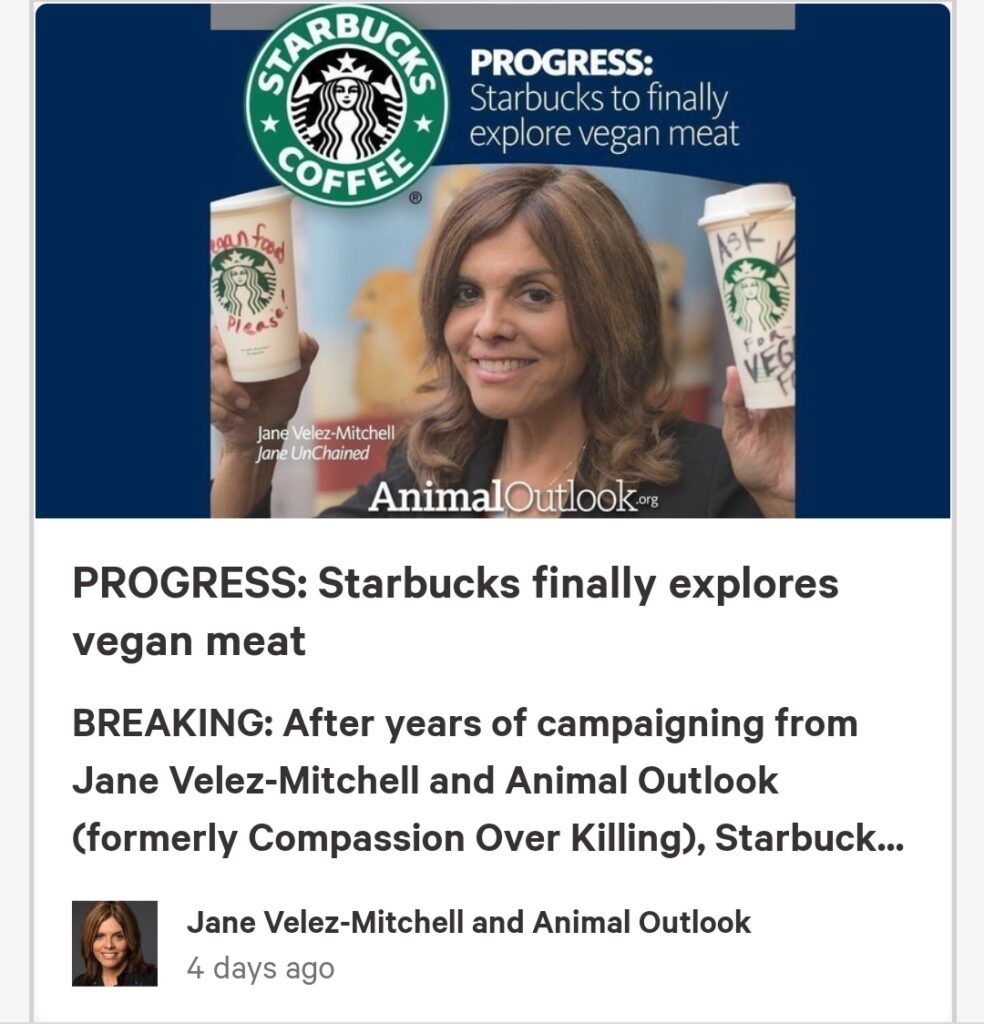 We need more substantial vegan options that are actually tasty, unlike the vegan cookie of the past. Jane further explains that consumer actions can have an immediate impact on a large scale. If plant-based options are offered at all of these major franchises and people buy them, there will be a huge positive impact on our environment! Laura explains that we need these plant-based options to be put on the menu, they need to be tasty, and made accessible by not up charging for them. Help be a part of the change by signing the petition! Let Starbucks and other restaurants know you want to buy delicious plant-based meals at their businesses now!

Starbucks is invited on any time to respond and discuss.

Visit The Animal Outlook website for more information!
Check out their revolutionary food industry campaigns!
Join the over 30,000 people who have signed the petition!