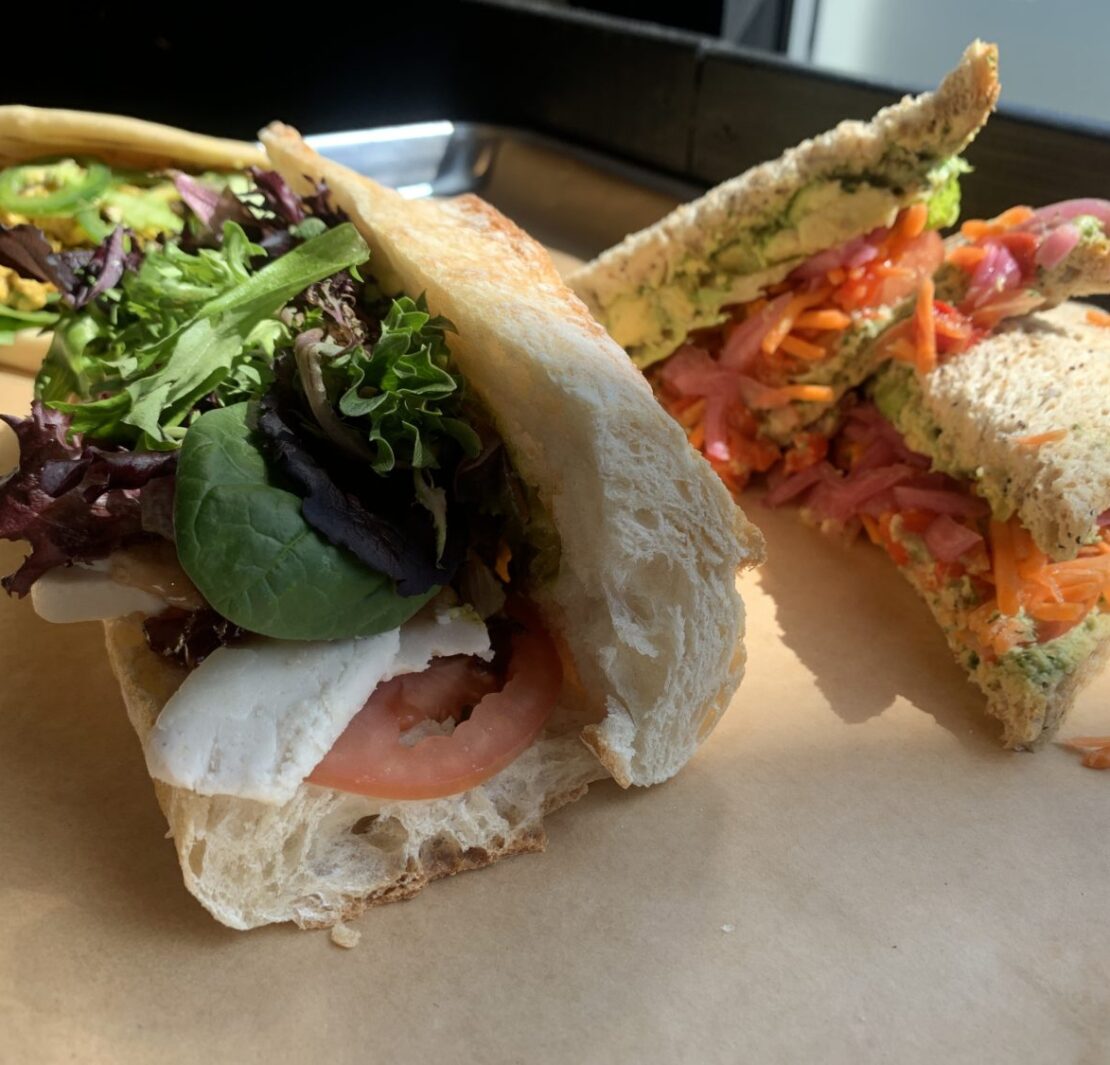 In this episode of #LunchBreakLIVE the whole gang finds themselves dining at a smart kitchen, eating delicious sandwiches from a new business called Herbivore, one of many establishments located inside of The Colony in West Los Angeles.  The Colony is a “smart kitchen” which serves food from several different restaurants, many of which are vegan like Compton Vegan, Jackfruit Cafe and Honeybee Burger, all with their own self-contained, customizable, separate kitchens so there is no cross-contamination!  It’s a really cool place! I have a feeling smart kitchens will be popping up more and more around the globe.  It’s a great way for food establishments to share space and cut costs, and a great way for restaurant-goers to meet new people by dining in a communal fashion.  The owner of Herbivore joins us, as well as lead singer and guitarist for Bad Jesus and Ironman Triathlete, Alex Buck, plus JaneUnchained Media Creator, Kenziah Rubens as today’s tastetesters.

The owner of Herbivore, Ali Cruddas, is a highly sought after vegan chef in the Los Angeles area. She is also the owner and founder of the casual dining downtown Los Angeles’ restaurant Bodhi Bowl, which brings delicious, fresh, affordable, vegan fare to the residents and the weekday workforce of DTLA.  Herbivore, is a vegan sandwich concept currently served at “The Colony” space in Santa Monica, and soon will be in DTLA. They provide a variety of traditional sandwiches like chicken salad and tuna salad, yet they’re 100% plant-based.  They also serve breakfast items such as protein packed burritos, croissant sandwiches and tempeh paninis.

Ali is just as at home in her restaurants, as she is in the kitchen as a personal chef, or in a high volume 5-star restaurant. Her menus are creative and innovative. The common emphasis, wherever Ali’s food is served, is on the people who are enjoying it. She specializes in creative ways of meeting special dietary requirements with her fusion of Asian, African, Latin American, Modern European and Classic American cuisine.

Now that we have a little background, let’s check out some of the amazing sandwiches the #LunchBreakLIVE team tasted today.  Here’s the tasty Breakfast Burrito, Vegan Tuna Sandwich, and a Hippie Sandwich! Many sandwiches are made from The Abbot’s Butcher‘s plant-based meats, a Southern California vegan “meat” company, founded by Kerry Song, specializing in a variety of artisan products from chorizo to pastrami all made from scratch out of whole, plant-based ingredients.