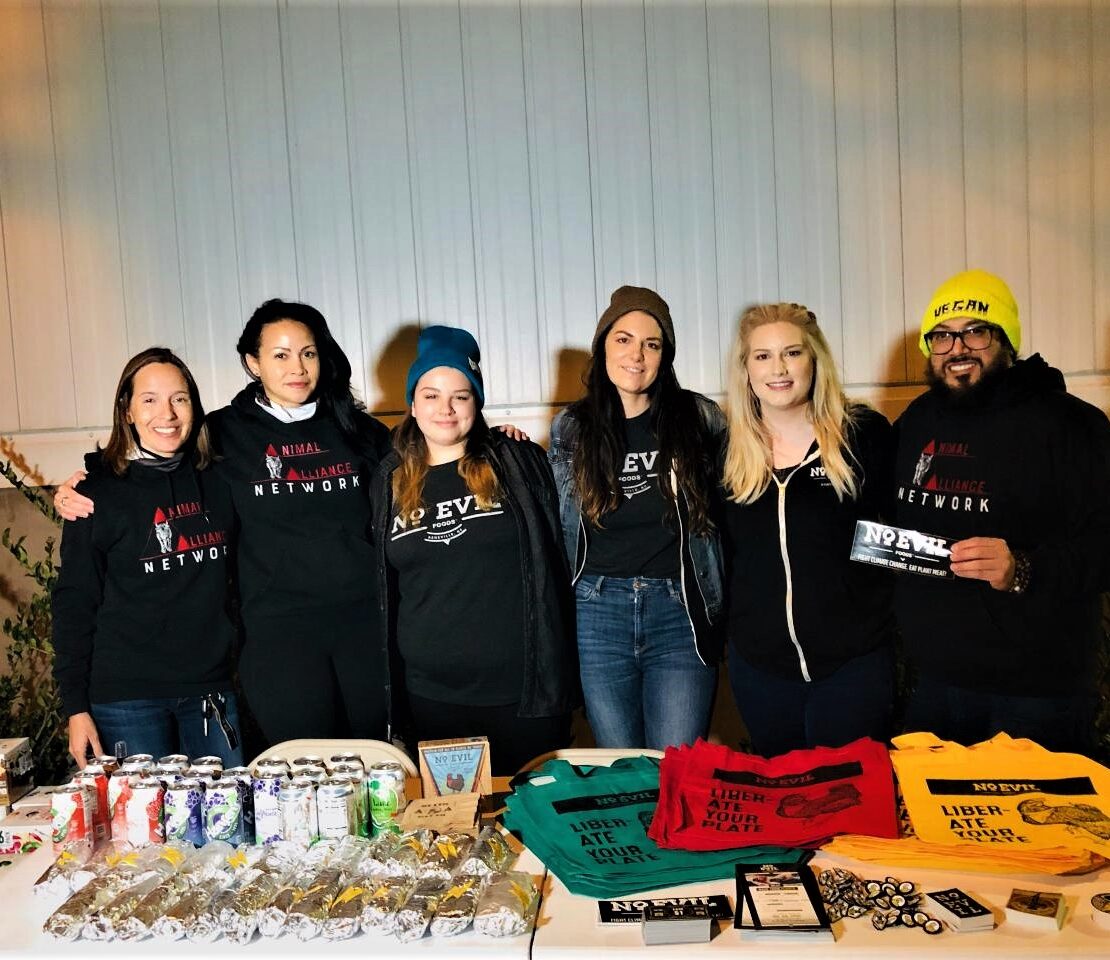 Cesar Asebedo reporting LIVE for Jane Unchained News Network with No Evil Foods owners Mike Woliansky and Sadrah Schadel all the way from Asheville, North Carolina along with the No Evil Foods team! They’re giving activists free curry chick’n wraps and swag bags before the Animal Alliance Network weekly Wednesday night vigil.
Sadrah and Mike literally started No Evil Foods from scratch! They grew their own food and even tapped maple syrup. They say that this “DIY-fueled confidence” lead to the delicious brand they have today! In 2014 they tested their plant-based meat product at an Asheville Market and to their surprise, they sold out in one day! Now you can find their “environmentally sustainable, socially conscious, plant-based eats” across the US in supermarkets and restaurants!
“When life gives you lemons”… make wraps! That’s exactly what No Evil Foods did when the Expo West they came to town for was postponed and they ended up with a bunch of food they had prepped and no desire to ship it back or throw it away. Instead, they generously provided a pre-vigil meal for the amazing activists who chose to spend their evening at a slaughterhouse giving water and love to baby pigs on their way to slaughter. Sadrah and Mike showed they really care about vegan activism when they also attended the vigil with the activists. See the vigil coverage in the next video!
Visit The No Evil Foods website!
Cesar Asebedo reporting LIVE for JaneUnchained News Network at a vigil with Animal Save Movement group Animal Alliance Network at a slaughterhouse near Downtown Los Angeles. Activists struggle to get water to the 100’s of pigs as they arrive on trucks. These pigs are only 4-6 months old and wouldn’t have to die if people would stop eating them! Take a good look because these babies are where bacon, ham, hotdogs, pork, and sausages really come from. Please share this LIVE and show everyone you know the truth that animal agriculture does not to see!
The slaughterhouse representatives are invited on to respond at any time. 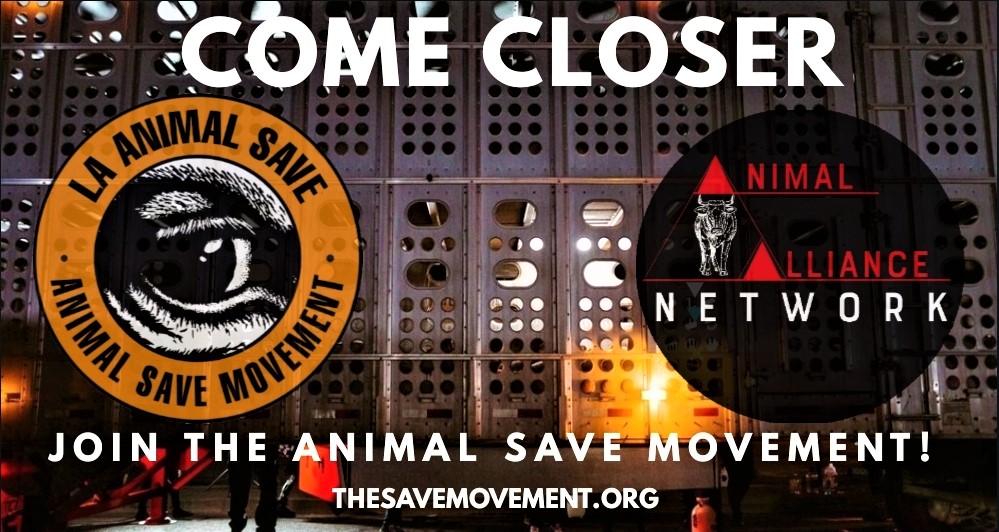