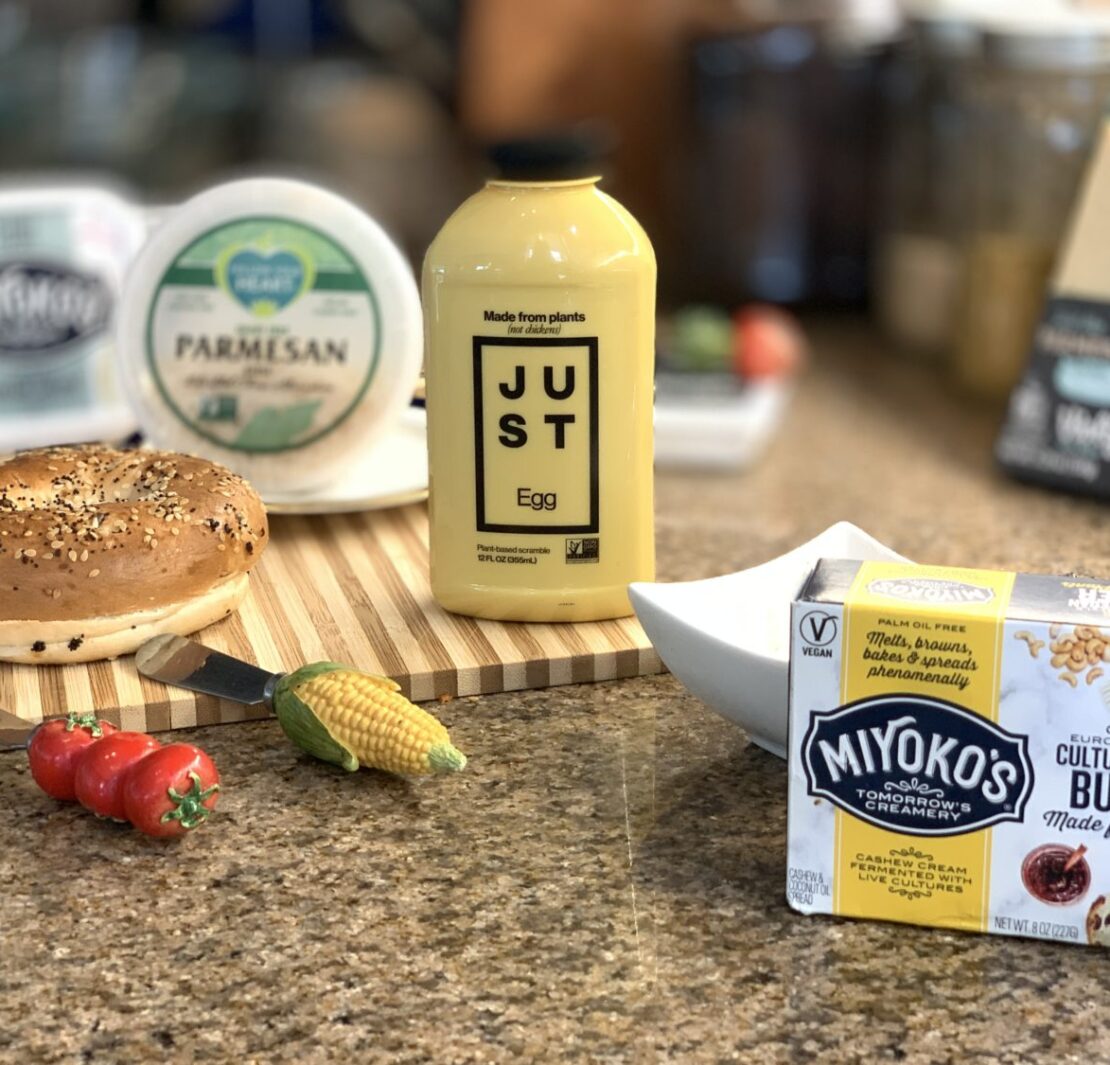 Just Egg is the new plant-based egg alternative, without the unhealthy cholesterol.  Today Dani Rukin, otherwise known as The Daring Vegan, will scramble up some “eggs”.  However, she has never cooked Just Eggs before, so will she be a success?  Let’s find out!  Also on this episode of #LunchBreakLIVE is Carissa Kranz of BeVeg, a vegan company certification program.  Watch below!

Well, it looks like Dani was a success at cooking Just Egg for the very first time!  I have had Just Egg many times and they are delicious.  Honestly, they taste exactly like eggs.  I make breakfast burritos all the time with Just Egg and it is one of my go-to quick and easy meals.  I am so happy that after being a vegan for four years, Dani has finally had the chance to cook and eat this amazing cruelty-free product.

Dani Rukin (aka The Daring Vegan), is a #JaneUnChained citizen journalist and fearless, outspoken warrior for animals, tirelessly traveling the globe spreading the message of compassion, truth, equality, and justice for all.  She is an incredible activist for the animals and the planet.  Dani is also a pretty damn good cook too and she has many vegan recipes up her sleeve.  In fact, she has been on #LunchBreakLIVE several times, either cooking up amazing meals or traveling the globe showing us all the vegan options that exist around the world.  One of my favorites was a great episode where she showed us how to make vegan breakfast cookies.  I mean who doesn’t want a cookie for breakfast?  Check out that episode HERE.

Dani is also one of the contributing writers in Brittany Michelson’s just-released book, Voices for Animal Liberation: Inspirational Accounts by Animal Rights Activists. Her piece, “How I Made the Connection: Gay Rights, Feminism, and Animal Liberation”, speaks truth to power and calls readers forth to make the connection between the exploitation of animals and all other forms of injustice.

Now let’s talk about the other amazing human on this show.  Carissa Kranz, a vegan from birth and former professional ballet dancer, is also an award-winning multi-state attorney, a named “Super Lawyer”.  She is an accomplished attorney who has worked as a Florida prosecutor, a legal clerk for the California Supreme Court as a judicial extern, a big law firm litigator at Greenberg Traurig, and a national television legal eagle, who has appeared on Nancy Grace, Dr. Drew, Shepard Smith Reporting, Fox News, HLN/CNN, NBC, CBS, and CBSN.  She has also been an attorney anchor on Law & Crime with Dan Abrams, covering the countries biggest courtroom trials live from New York City, among other national media outlets. Currently, Carissa runs her own law firm demonstrating compassion for injured clients, and she is the Founder and CEO of BeVeg International,

BeVeg international is a global vegan certification firm with standards managed by lawyers. As the only law firm in the world to specialize in vegan certification, regulation, and advocacy, BeVeg is paving a path forward for veganism that is clearly defined and trusted.

Be on the lookout for Carissa’s two books coming out this year. Vegan Law: Know Your Rights to be published by Vegan Publishers and the Laws That Matter, a book that teaches you how to live your most divinely inspired life by practicing Universal Laws… The Laws That Matter.

Vegan Omelet Made From Chickpeas!

Okay so let’s dive into some mouth-watering food photos, shall we?  And don’t forget to take down the recipe below and try to make this yourself at home.  It is super delicious! 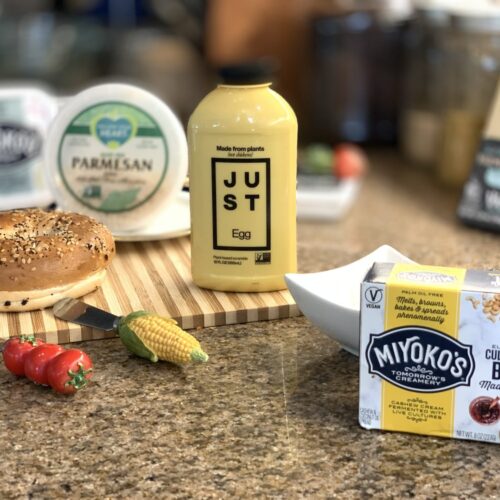 No Evil Foods Caters A Free Vegan Meal for Activists!

Pancake In A Mug. Say Whaaaaaaat?

A Plant-Based Diet: JUST Egg Has You Covered

Vegan Eggs and Ham That Are Unbelievably Good!

Omelette, Pizza, Or Both?