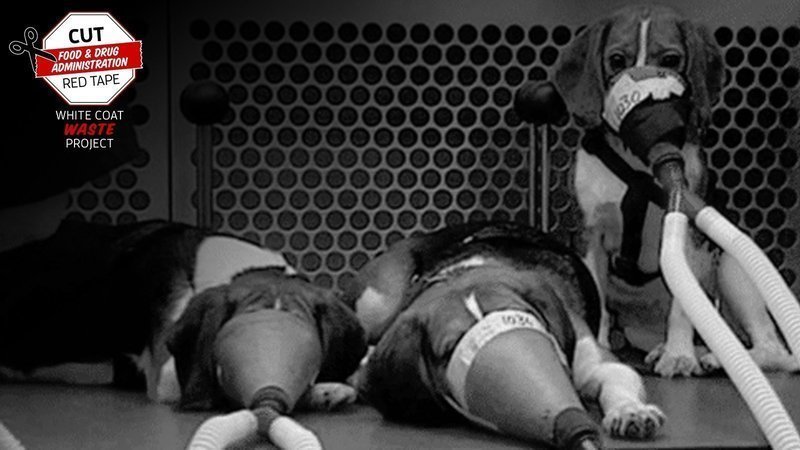 Millions of Americans are experiencing food insecurity and losing their homes.  So, what does the US government choose to spend our precious tax dollars on? Constipated cats!  I wish I was joking, but there are actually taxpayer-funded experiments designed to get cats constipated.

There are also U.S. government labs aiming leaf blowers at lizards and making them run on treadmills. Cutting open kitten skulls? Yep, you’re paying for that too.

Agencies such as the Veterans Administration, National Institutes of Health, the United States Department of Agriculture, and the Food and Drug Administration, to name a few, fund brutal experiments on animals that do nothing to advance our health.

Enter White Coat Waste! This organization is a powerhouse advocate for animals in our nation’s capital, determined to end unnecessary, wasteful, and horrifically cruel, taxpayer-funded experiments on animals.

The excuses these pseudo-scientists use to subject animals to extreme suffering would be laughable… except that the torture these animals endure is all too real. If they weren’t hiding behind the facade of “science,” these sociopaths and sadists in lab coats would most certainly be arrested on animal cruelty charges.

These government agencies systematically hide the truth from the public, going to extreme lengths to fight Freedom of Information Act (FOIA) requests for videotape and other documentation of the experiments. “What allows these projects to continue is secrecy. The funding is secretive, the details are secretive, Americans don’t even have access –in most cases– to the results of these studies,” explains Goodman.

However, when organizations like White Coat Waste do obtain the videos, it often leads to outrage from elected officials on both sides of the aisle. In an era where Democrats and Republicans often find it difficult to talk or even be in the same room with one another, this shared outrage over animal abuse is one of the few areas where they can find common ground.

Mainstream media generally steers clear of questioning these big agencies about animal abuse in testing, especially ones that claim to be working in the interest of “public health,” another smokescreen that provides cover for “scientists” who often do the same torturous animal experiments, not once, but for decades on end. Why? Follow the money. Animal torture is big business. The universities, the vivisectors, they’re all making lots of money off of it. And, it’s YOUR money.

“There is an institutional bias in the media that discourages questioning the commoditization of animals in our society,” Velez-Mitchell explains. “For example, recently, a quarter of a million chickens were burned alive in a Florida warehouse fire, and the journalists reported that nobody was hurt because no humans died. This is speciesism at work and it’s the same mentality when it comes to animals trapped in labs.”

The tests mentioned have done nothing to advance human health. Animal testing is ineffective. The majority of tests conducted on animals fail in human trials.

Organizations like White Coat Waste shine a light on the horrible truth. This enables the public to become aware and take action in the form of good, old-fashioned, animal rights activism. Click here to get involved. Remember, it’s your money they’re wasting.

The New FDA Modernization Act Is Now The Law!