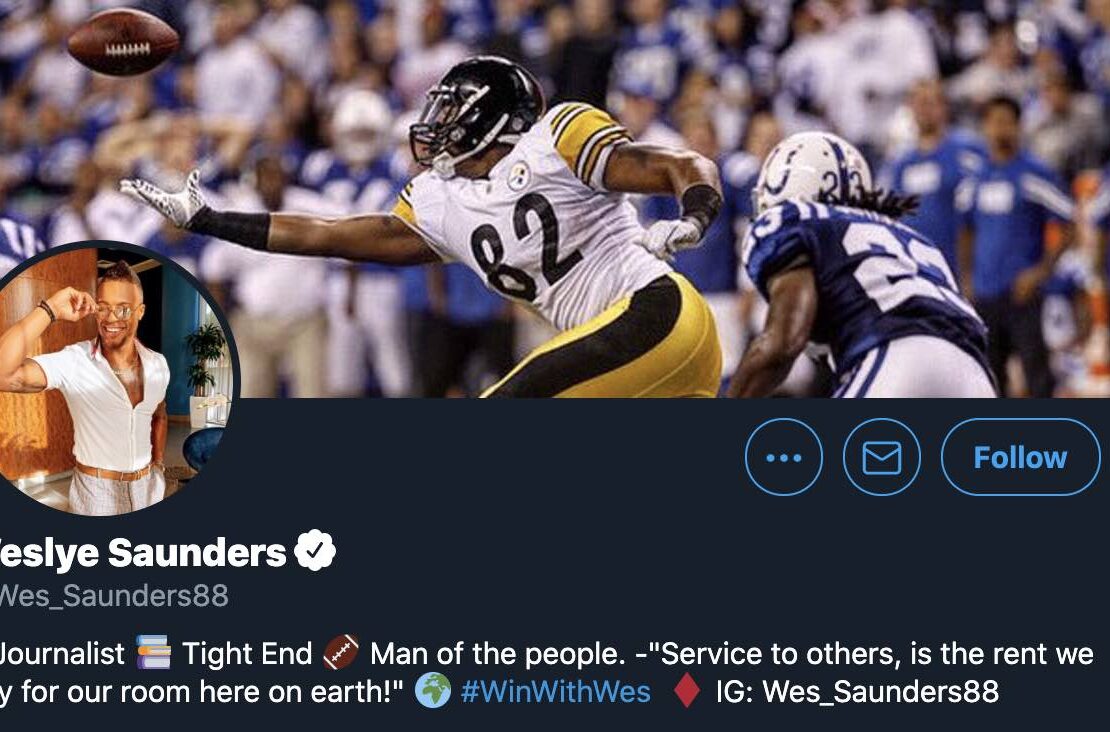 Shattering the Meat and Masculinity Myth

Former Pittsburgh Steeler Weslye Saunders has a deep appreciation of what it means to challenge the norm.

“It’s been a sign of masculinity to be a meat-eater for as long as I can remember,” he explains. In the sports world, this is especially true. But Weslye has shattered that stereotype is now challenging others to do it too. He’s one of the celebrity faces of the DefaultVeg campaign, which seeks to redefine “normal” food as meatless. Saunders says, since going vegan, his endurance and energy levels have improved enormously. Skeptics are encouraged to check out his Twitter account, where he shows off some spectacular moves, like the backflip in sand captured below.

Legendary NFL quarterback Tom Brady is a household name. But the fact that he is plant-based doesn’t get much mention on the sports networks. As more and more athletes embrace vegan living to improve their performance, there should be no question: nobody needs to eat meat to be muscular or athletic! The hit documentary The Game Changers. which tracks vegan weightlifters, professional football players and ultra-marathoners, provides irrefutable evidence that eating vegan provides all the nutrients needed for record-breaking physical achievements.

Vegans are well-aware that, currently, the vegan option is rarely  the default. We’re always checking that special box or going to great lengths to triple check that the food doesn’t have any sneaky animal products. Why should our decision to leave violence off of our plates be considered bizarre or even out of the ordinary? Animal-eaters should be the ones who have to opt-in and think twice about their decision!

Default Veg recognizes the power of shifting society towards seeing plant-based options as the standard, while making carnist choices the outlier.

“In America, food is usually served in a way that reinforces the idea that meat should be a normal part of every meal. However, when people see delicious plant-based meals presented as the recommended option, and when they see their co-workers, classmates, and family members eating mouth-watering, plant-based meals, it reshapes their thinking about what a normal meal can look like. Over time, these individual choices add up to the big changes in our food system and our world.” -Default Veg

Jane Velez-Mitchell sits down with Laura Cascada of the Better Food Foundation and former Pittsburgh Steeler Weslye Saunders to dig deeper into the power of challenging societal norms.

Laura explains that people like to feel like they are a part of the societal norm. Default Veg is here to provide that “behavioral nudge,” as she calls it, and shift society towards a plant-based norm.

Default Veg works with universities, institutions, and businesses to make plant-based options easy, visible, and plentiful. Learn more about how to get involved with Default Veg and become an ambassador here!

Jane Velez-Mitchell recognizes that carnism is deeply embedded in our society. We’ve been brainwashed! Every child in the US grows up with that classic food pyramid imagery, where dairy is still a given, despite mounting evidence that a huge percentage of the population is allergic to cow’s breast milk.

Getting vegan food to become the norm is especially difficult when we’re also forced to fight against government meat and dairy subsidies and Big Ag and Big Pharma lobbying. But, if governments really care about sustainability and the future of our planet, there is no other option.”There’s no point in making a sustainability plan that doesn’t include food,” Laura asserts.

Default Veg, when can we get that vegan food pyramid popularized in schools?

Moroccan Food Any Day Of The Week!