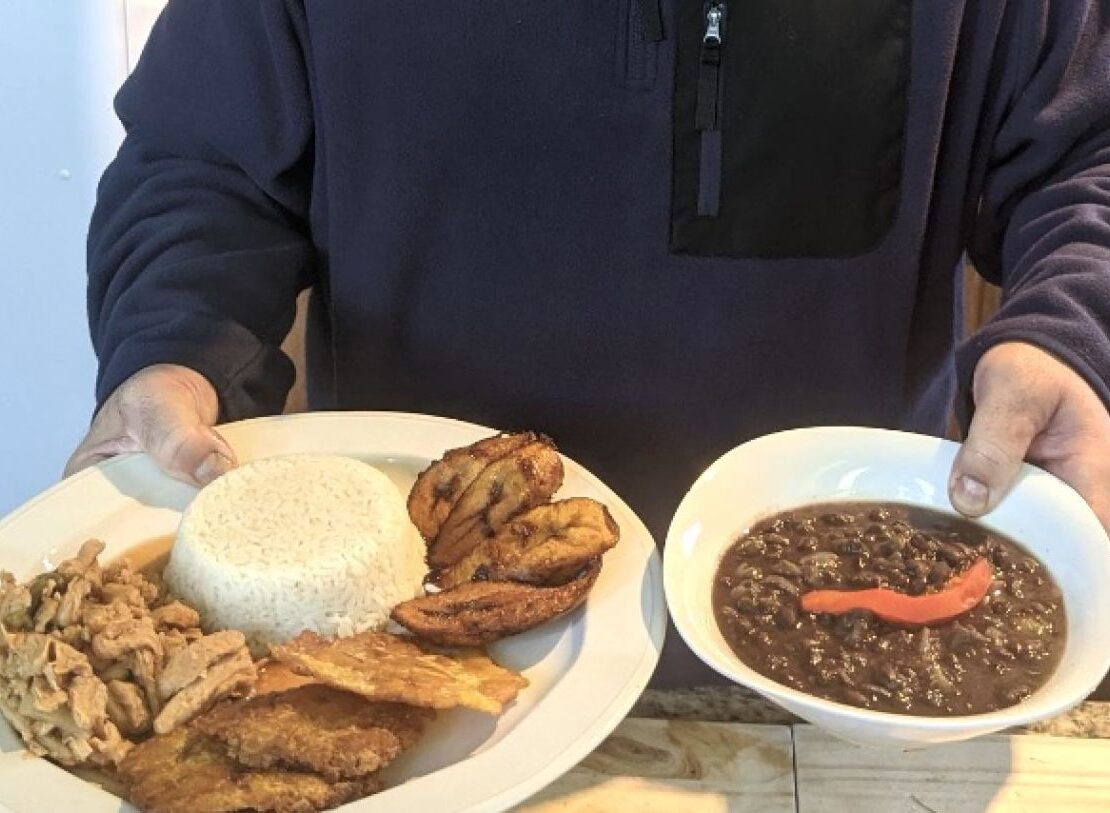 Let’s eat Ropa Vieja, the vegan version of the original Cuban dish, savory beef hash. Culinary author and chef Raydel Hernandez, a first-generation Cuban American, is our chef today and he will WOW you with this recipe. His dishes are very authentic, with Cuban flare, and oh so delicious. They are influenced by traditional Cuban recipes, which he has perfected at veganizing.  Let’s take a look…

He Knows His Vegan Cuban Food!

Raydel Hernandez is a first-generation Cuban American, home cook, and culinary author. His dishes are authentic, delicious, and distinctly Cuban. Heavily influenced by traditional Cuban cooking, Raydel’s culinary sensibilities were shaped by his family experience, primarily his grandmother Pilar Mejido. After learning how to cook Cuban food using traditional ingredients, Raydel became a vegan and spent 10 years experimenting with plant-based ingredients to achieve a Cuban/Vegan fusion that maintains the integrity, and delicious flavors of the original recipes, all with the goal of promoting a long and healthy life through the foods we eat.

His book is called  It’s Delicious, it’s Vegan, it’s Cuban: A Cookbook for people who want to be vegetarian/vegan but don’t know how to start.  Be sure to check it out on Amazon.  For more of Raydel’s great cooking, you can follow him on Facebook and TikTok.

Ropa Vieja is a traditional Cuban beef hash dish, but today it was veganized.  You can use soy curls or seitan to substitute the beef, and end up with a vegan dish full of flavor, and a much healthier choice.  This recipe has all the Cuban flare you’d expect from this dish, but it is 100% plant-based.  Raydel has no doubt perfected the vegan twist on many traditional Cuban recipes, and this Ropa Vieja is just one example of the magic he has in the kitchen. 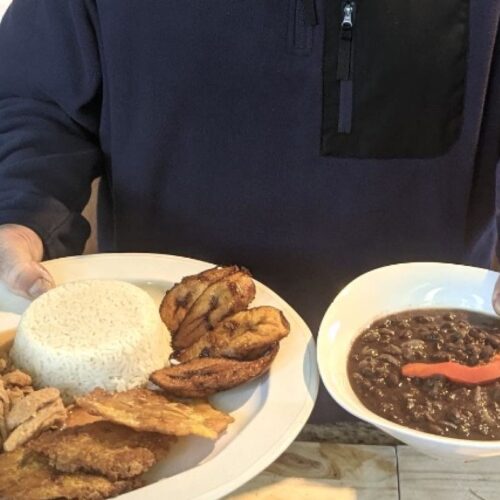 (Can be found on pg 97 of 'Its Delicious, it's Cuban, It's Vegan') The English translation of Ropa Vieja is literally “Old Clothes”. I know it doesn’t sound appetizing but don’t let the title fool you, this is a delicious savory dish. In this rendition, Seitan or Soy Curls are substituted for the beef. Seitan and soy curls are great meat substitutes. They both remain firm when cooked and both absorb the flavors of the recipe you are cooking. I serve this savory dish with white rice, sweet plantains and lots of bread to sponge up the sauce. Enjoy!
Print Recipe Pin Recipe
Course Main Courses
Cuisine Cuban

Thanks For Joining In On This Cuban Vegan Adventure!

Wow, that was a fun adventure, all the way to Cuba!  The Ropa Vieja Raydel made looks so incredibly tasty and authentic.  Cuban food has a very specific delicious flare to it, and Raydel nailed it, as always!  Be sure to check out his book  It’s Delicious, it’s Vegan, it’s Cuban, for more fun recipes!. And if you want even more choices for easy vegan recipes, stop by the #LunchBreakLIVE page.  We have a ton of recipes for you to choose from.  Until next time…keep cookin’!