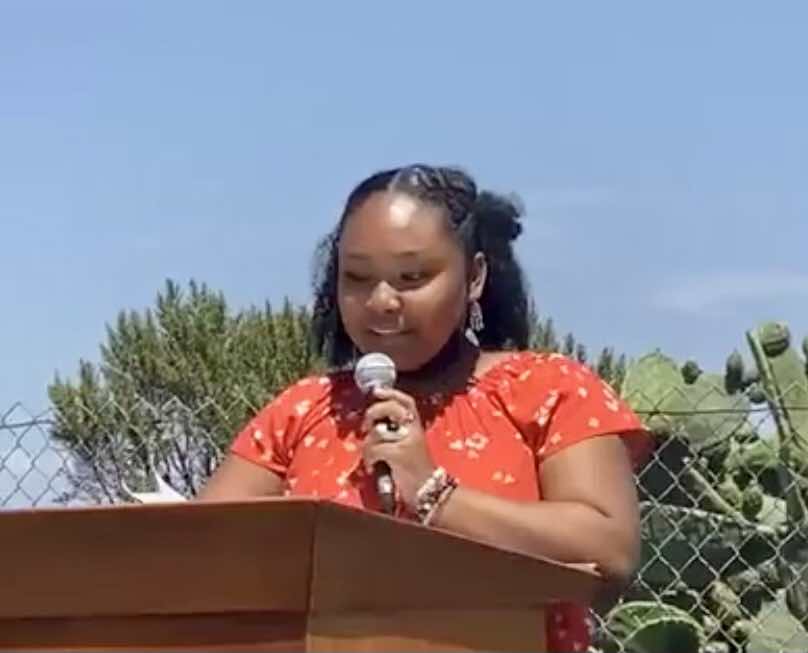 Activists in Black, Indigenous and Latinx communities are condemning the State of California’s plan to spend half a million dollars on a public relations campaign designed to convince tribal leaders and people of color that bulldozing the Ballona Wetlands will help them. These BIPOC leaders oppose the bulldozing plan and say officials are hiding behind minority communities to achieve development goals.

A coalition of Black, Latinx and Tribal environmental activist leaders blasted the State of California at a recent news conference held at the Ballona Wetlands, voicing strong objections to the State’s proposal to spend another half million dollars in bond funds for what they call a questionable “outreach” campaign. UnchainedTV covered the news conference and is streaming this short film on it, viewable by clicking here.

The costly public relations campaign would reportedly target Indigenous Tribal leaders and Black & Latinx communities in an attempt to convince them that bulldozing the wetlands and other coastal habitats at a state ecological reserve would help their communities. The virtual meeting where this funding is scheduled to be voted on will be March 24 at 10 am. The public is allowed to attend and comment.

The great grand-niece of civil rights leader Cesar Chavez, Genesis Butler, who is also part Cherokee, was the featured speaker at the news conference.

She said, “Yes, parks are great, but what kids like me really love are natural environments where we can explore the ecosystem.  We love being out in nature and seeing all of the creatures being out in their natural habitats.  What we don’t need is another promise to give us access to land that we can already access through the creeks and trails.” She urged citizens to sign the petition urging Governor Gavin Newsom to pull the plug on the controversial bulldozing plan.

Explaining that the land is considered a fragile and sacred site to Indigenous tribal leaders of the Gabrielino Shoshone, the San Gabriel Band of Mission Indians. Kizh Nation and Tongva, former federal government archeologist and biologist Robert Roy van de Hoek, explained why tribal leaders are concerned about the Ballona Wetlands.

“There was a significant cemetery site already unearthed at part of the wetlands when Playa Vista developers were bulldozing in a former Willow Woodland slough.  Hundreds of ancestors’ remains were removed from burial sites in what was considered a major desecration of their culture,” van de Hoek stated.  “Additionally, these lands are places where traditional lifeways, such as the gathering of medicinal plants, are crucial to preserve as they are very important to the Indigenous culture.  Ballona is a sacred place to the Indigenous tribes.”

Cesar Asebedo, representing Fish Save LA, explained further, “We will not allow them to come out here and say they’re trying to have better access for the youth because we know that is a lie; they can develop programs to help the youth come out here today.  We are not going to let this happen!”

Additionally, some of the activists present at this news conference linked the bulldozing plan to the methane gas storage facility that lies beneath the wetlands and has infrastructure throughout the ecological reserve.

“Usually when a big project doesn’t make sense, the best advice is to ‘follow the money.’  This project will benefit a handful of big engineering firms, dredging companies and bulldozer/construction firms, as well as SoCalGas, which seeks to upgrade their pipes and methane gas wells” explained Marcia Hanscom, a Ballona Wetlands advocate for more than 25 years, who has helped organize the community-based coalition, Defend Ballona Wetlands.

Simone Reyes, Director of Social Compassion, clarified further, “The last thing we need when we are in a crisis of climate change is to build new fossil fuel infrastructure.”

At the end of the news conference, Butler, who is also a Marvel Super Hero Kid and founder of Youth Climate Save, emphasized her main point,

“I have a message for the California Department of Fish & Wildlife and Governor Newsom who this department reports to. Instead of overseeing this so-called ‘restoration’ project, why don’t you restore our hope that leaders will do the right thing to protect our environment; why don’t you restore our faith that there are still good people in this world who will do what is in the best interest of the planet and the animals?”

“Don’t do this in our name,” stated Butler.

The project planned for the Ballona Wetlands is the subject of several lawsuits challenging approval of an Environmental Impact Report (EIR) ratified by the California Department of Fish & Wildlife.  However, activist leaders stressed that there are no federal permits to alter wetlands or to destroy habitat used by endangered species and that the US Army Corps of Engineers has expressed concerns about the inaccurate flood risk standards used in the planning for the project.  They say there is still time to consider a genuine, gentle restoration of the Ballona Wetlands Ecological Reserve.