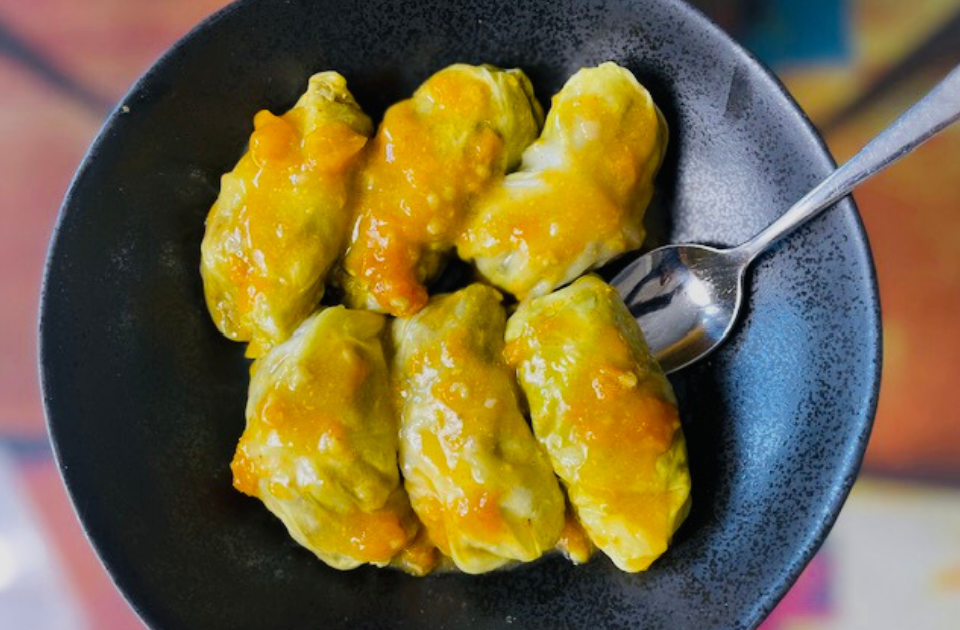 Polish vegan stuffed cabbage with guest Chef, Sweet Debbie Adler! This recipe was inspired by Debbies grandmother, who had to flee from Poland during the WAR.  She came to the US with the shirt on her back and this recipe, which Debbie made plant-based, keeping the same recipe for sauce and cabbage.  Let’s take a closer look at how it’s done…

Changing The World One Recipe At A Time

Debbie Adler is a plant-based chef and the award-winning cookbook author of the critically acclaimed Sweet, Savory & Free: Insanely Delicious Plant-Based Recipes without any of the Top 8 Food Allergens, and Sweet Debbie’s Organic Treats: Allergy-free & Vegan Recipes from the Famous Los Angeles Bakery.  She is a plant-based cooking and baking instructor and her popular online courses Plant Powerful Life GPS, Quintessential Health 360° and The Complete Plant Powerful Weight Loss System have been taken by hundreds of students worldwide. Sign up for email recipes, specials, and bakery item options, via www.DebbieAdler.tv

Debbie has been interviewed on NBC’s Nightly News, ABC-7’s Eyewitness News, CBS Los Angeles, and the national superstation WGN.  She has been featured in the Los Angeles Times and on NPR’s radio show Here and Now. Her recipes have been published in national publications such as Pilates Style Magazine, Naked Food Magazine, Allergic Living, Living Without, Simply Gluten-Free, Delight Gluten-Free, Ventura Blvd, and Low Sugar Living, as well as on popular websites and blogs such as Cosmopolitan, One Green Planet, The Kitchn, Chic Vegan, Austin Food Magazine, and Self.

This is a vegan spin on the conventional stuffed cabbage dish that is traditionally stuffed with meat. The exquisite mushroom/olive filling is complemented by a sweet and sour apricot sauce.  The flavor is unbelievable, and there are no faux meats in this recipe at all, for those of you who are not into the faux meat thing.  The process is simple, and the finished dish is awesome. 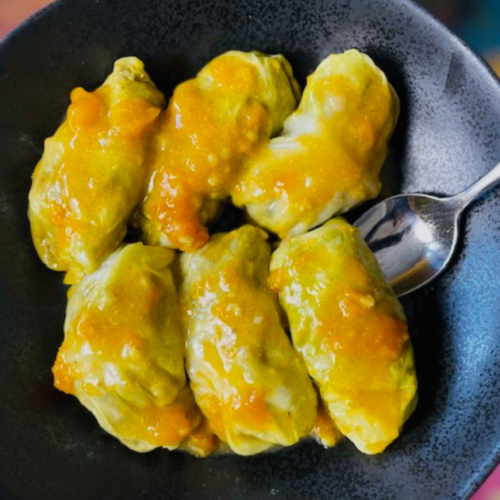 This is a vegan spin on the conventional stuffed cabbage dish that is traditionally stuffed with meat. The exquisite mushroom/olive filling is complemented by a sweet and sour apricot sauce.
Print Recipe Pin Recipe
Course Dinner
Cuisine Polish
Servings 6 servings

Better Than My Mom’s Stuffed Cabbage

I use to eat stuffed cabbage when I was a kid, it was a favorite recipe of my mom’s.  Was it good?  Yes.  Was it vegan?  Certainly not.  Today’s recipe blows the non-vegan version out of the park.  Debbies Polish vegan stuffed cabbage is a must-try, so go ahead and give it a go and let us know how much you liked it!  Take a photo of your finished dish and tag @UnChained_TV on Instagram.  Looking for other easy and tasty vegan recipes to try?  Jump on over to the #LunchBreakLIVE page, where we have a ton to choose from.  Until next time…keep cookin’!