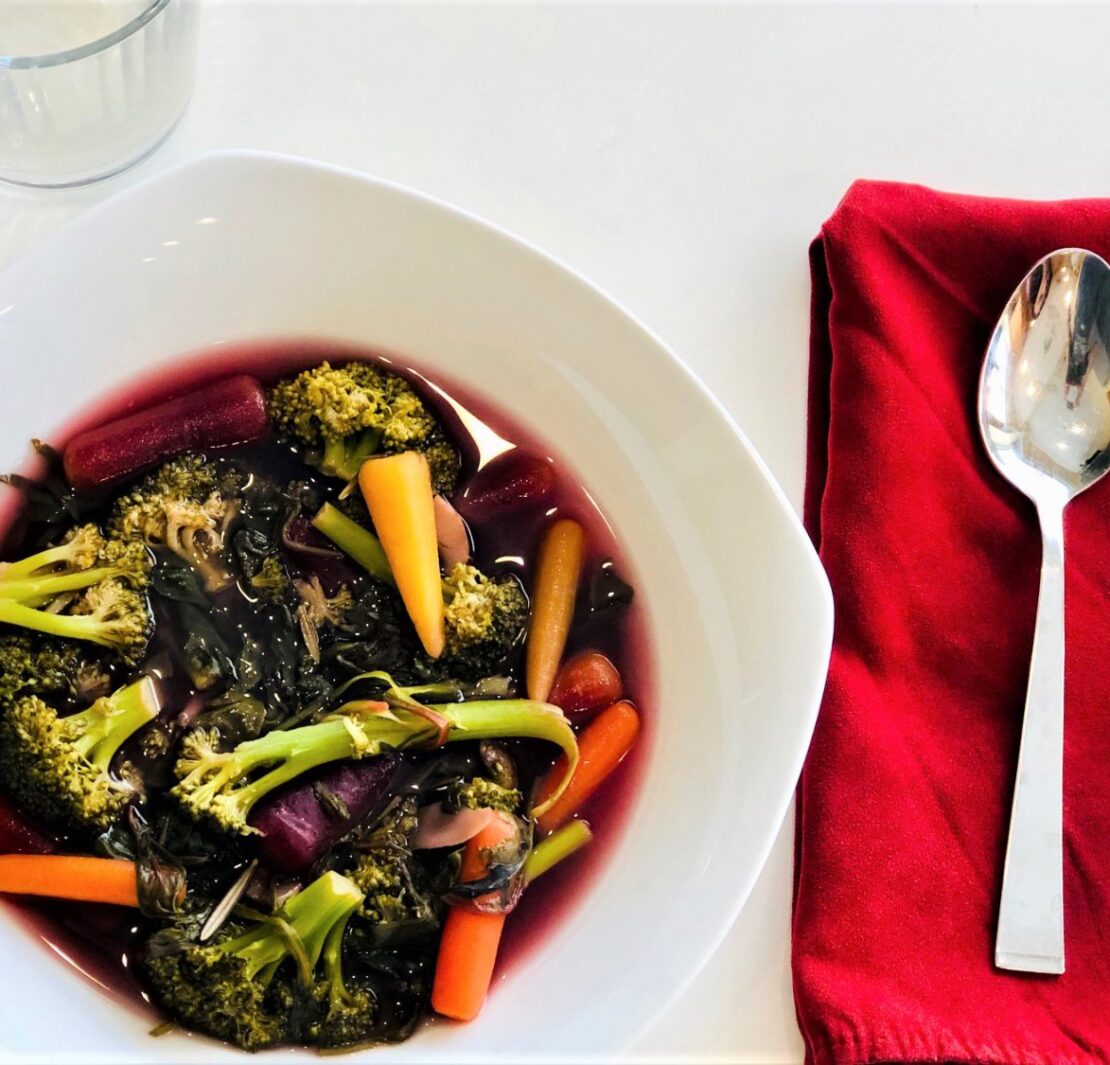 #LunchBreakLIVE with Jovanna Vidal writer, actress, associate producer of GOD & SALSA – The Film makes her simple, quick and easy, Vegetal Soup. This soup is super fresh, organic, and sure to warm you up and make you feel great on a chilly day. The rosemary gives it extra spice and the Himalayan pink salt also helps bring out the flavor of the soup! Just smelling this soup cook makes Patrizia hungry!

Jovanna broke free from the concept that we need to eat meat for protein and other nutrients about a year ago. Now she eats a plant-based diet. She says she has lost weight and her skin has improved tremendously. Jovanna also had severe migraines which have subsided since she transitioned to a plant-based diet. She has more energy than ever! She even has enough energy to act in an inspiring new film called “GOD & SALSA” which tries to uplift others with uplifting messages and it also features salsa dancing by world-class performers!

Jovanna adds all the vegetables to her nice tempered glass pot. She adds that rosemary and broccoli. Jovanna suggest leaving the rosemary whole when you cook it because it is easier to eat that way. This recipe is super simple and full of vegetables. Jovanna readily says that she is not a cook but this soup is so simple that anyone can make it. Try making it at home with Jovanna’s recipe below and get your daily dose of greens to do your body good!

Learn How To Be A Vegan Coach With Alex Bez!