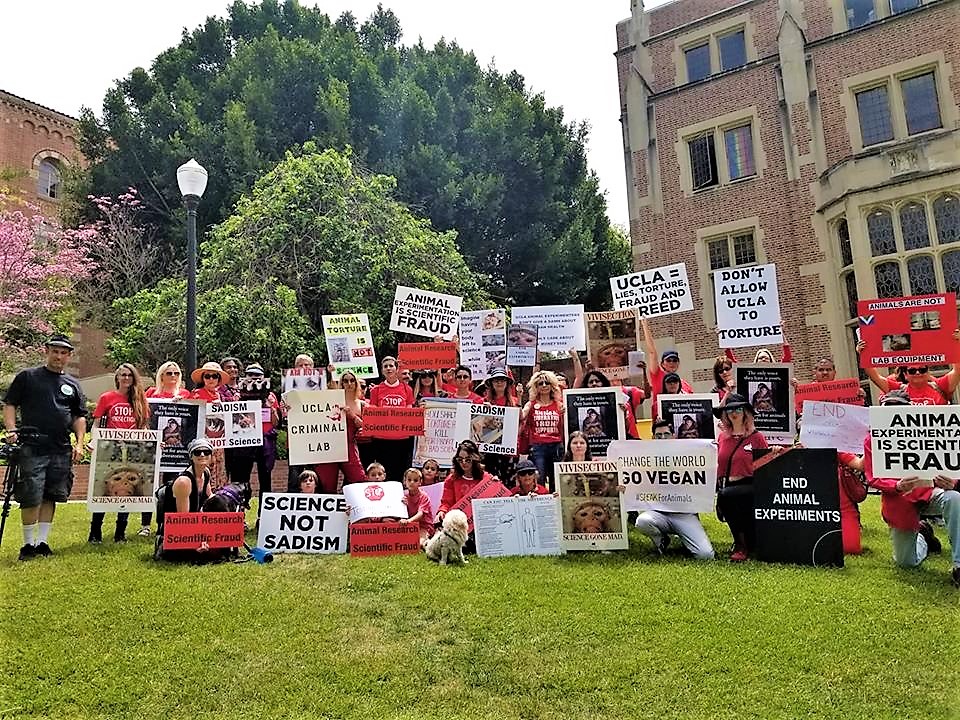 JaneUnchained is LIVE at UCLA where protestors gather to call for an end to Animal Experimentation during World Week For Animals in Labs. People For Reason in Science and Medicine (PRSM,) an anti-vivisection organization is hosting along with In Defense of Animals. Warrior celebrity activist for the animals, Simone Reyes, also gives a speech.

Activists are also here in support of assembly bill  AB1586 this day asking that animal dissection be terminated in schools that are kindergarten through the twelfth grade. This bill will end the mandatory use of animals for dissection in primary and high schools. Also of concern is a bill, referred to as a lab gag bill, AB700, which was introduced to the California State Assembly by councilmember Laura Friedman. and would make animal experimentation exempt from public record. If this bill passes, it will make it even more difficult to fight these practices because the general public won’t have access to their existence. We cannot allow these experiments to be shrouded in darkness when these animals need our help so badly. To see more about AB700 and what you can do, check out our previous article on JaneUnchained.com.

These creatures that are held captive in these labs experience pain and torture that we could never fathom. One activist explains that they are subjected to experiments that include opening the tops of their head to monitor their eyes blinking. She explains further, that UCLA will say that they are saving children’s lives with experiments like these but that is simply not the case. The descriptions of these experiments are nothing short of a horror story, and it is time that we put a stop to this. No sentient being should be forced to endure these torturous experiments. The treatment of these creatures is barbaric and often times lacks solid scientific evidence to benefit humanity. Please learn more and do your part to help the animals in these labs with the links below!

See the continuation of Lindsey’s coverage in the following video:

We invite UCLA representatives to respond at any time.

Please call your California State Assembly members and ask them to vote YES on AB1586.

More photos from the protest! 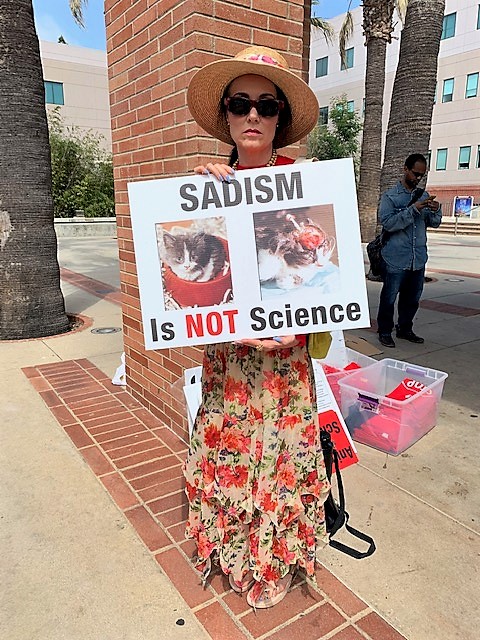 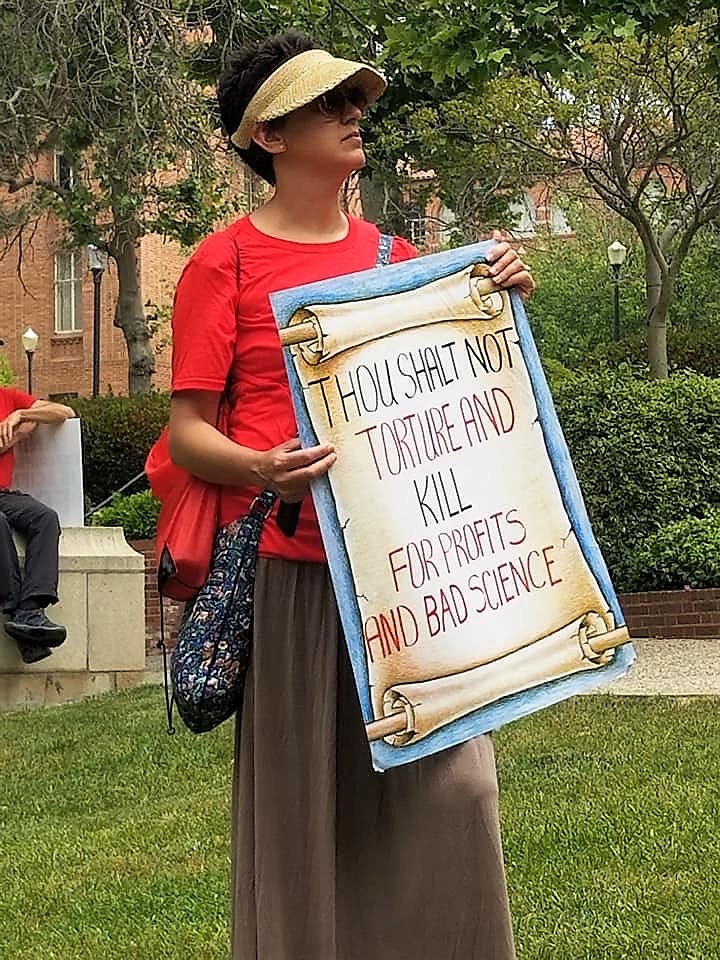 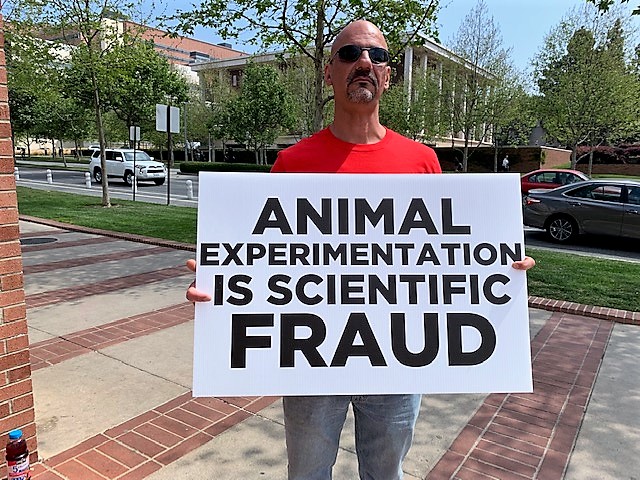 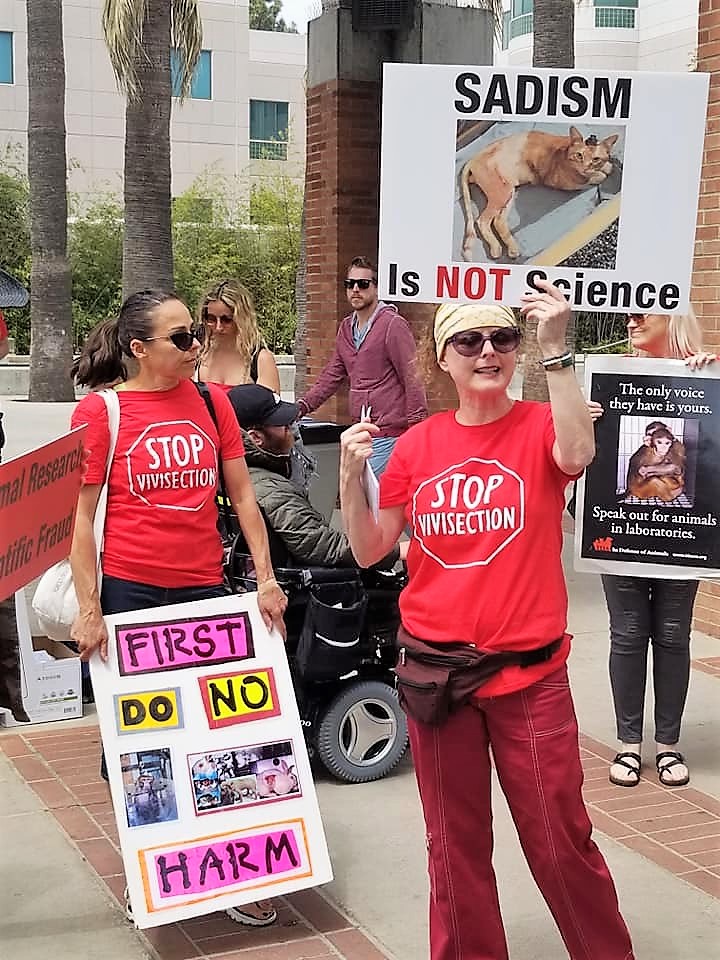 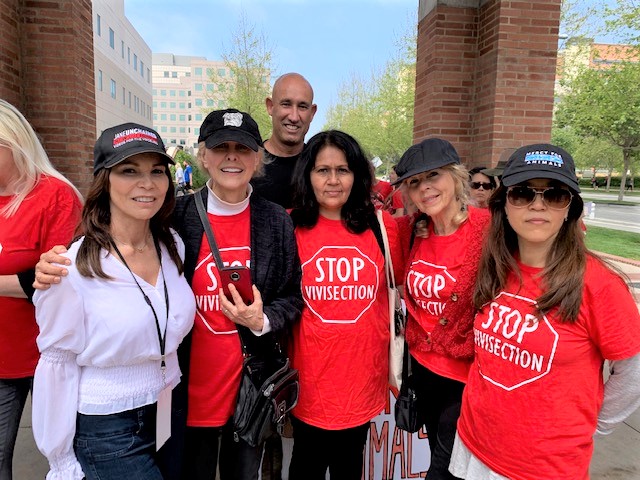 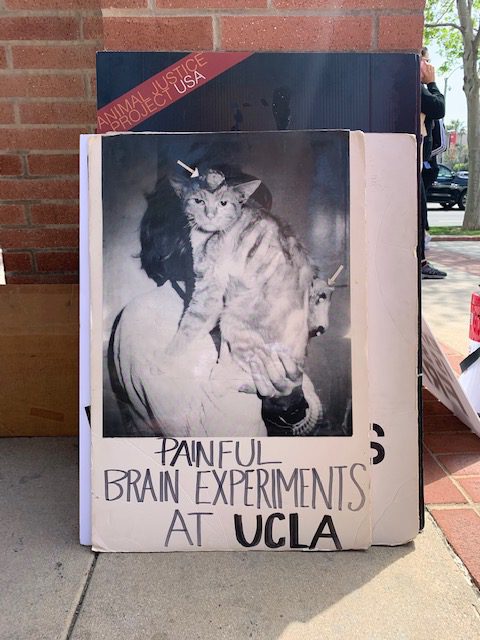 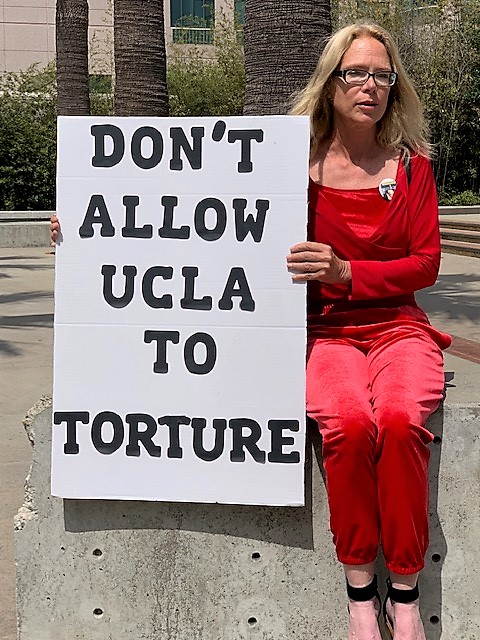 Is JUST, Inc. A Vegan Company?