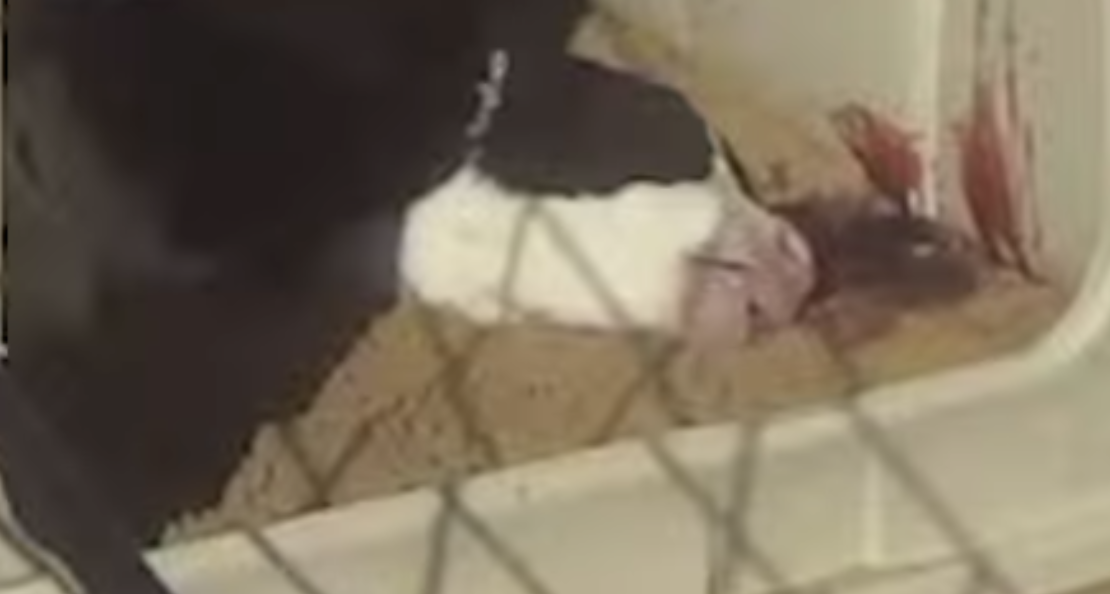 ARM FOUNDER AND LEADER SPEAKS TO JaneUnChained ABOUT THE HORRORS!

Below are screen grabs from the video that has shocked the nation!

Undercover investigators from Animal Recovery Mission documented systemic abuse at Fair Oaks Farm in Fair Oaks, Indiana, one of the largest dairies in the U.S. which produces dairy products for the Fairlife milk brand – which is produced, marketed and distributed by the Coca-Cola Corporation.  Undercover investigators for Animal Recovery Mission reports the following abuses were witnessed on virtually a daily basis: Employees were observed slapping, kicking, punching, pushing, throwing and slamming calves; calves were stabbed and beaten with steel rebars, hit in the mouth and face with hard plastic milking bottles, kneed in the spine, burned in the face with hot branding irons, subjected to extreme temperatures, provided with improper nutrition, and denied medical attention. This resulted in extreme pain and suffering by the calves, and in some cases permanent injury and even death.

This story is getting tons of mainstream media including:

Animal Recovery Mission called on the Coca-Cola Corporation, which claims to have a progressive stance on animal welfare, to end their relationship with Fairlife Corporation and cut their ties with the veal industry.  (update: In January 2020, Coca Cola ended up buying the Fairlife company) The company’s response is included in the above links to news reports and copied below. They are invited on any time to offer their response.

The Chicago Tribune reports: “Itasca-based Jewel-Osco, which has 187 stores and is the largest grocery chain in the Chicago area, said it is removing all Fairlife products as a result of the ‘inhumane treatment of animals’ shown in the video. ‘At Jewel-Osco we strive to maintain high animal welfare standards across all areas of our business, and work in partnership with our vendors to ensure those standards are upheld,’ the company’s statement said. ‘We apologize for any inconvenience.’ Chicago chain Tony’s Fresh Market also said it is pulling Fairlife out of its stores.  Fairlife, based in Chicago, said in a statement that the dairy shown in the video, Fair Oaks’ Prairies Edge North Barn, represents less than 5% of its total milk supply. It said it would immediately suspend milk deliveries from that dairy and conduct independent third-party audits at its 30 other supplying dairies within the next month to verify animal husbandry practices.”

Fair Oaks Farms has issued this statement on their Facebook page:

“At Fair Oaks Farms it is our commitment to be honest and transparent with you, the public. Many of you have reached out to express your disappointment, heartbreak and anger regarding the videos released yesterday and we want you to know that we share those same feelings and take full responsibility. We are currently putting actions in place to ensure that this never happens again. We’ve tried diligently to respond to you, but were unable to get to every person’s comments. As a result, we will be posting a message from our founders as soon as possible. Please know that we hear you and appreciate the outreach. For any questions and concerns, please email info@fofarms.com or call 219-394-2025”

Again, Fair Oaks, Coca-Cola, Fairlife and any other companies connected to this story are invited on JaneUnChained any time to offer additional responses and/or comments.

Democracy Now! On The Threats To Activism And The Free Press!