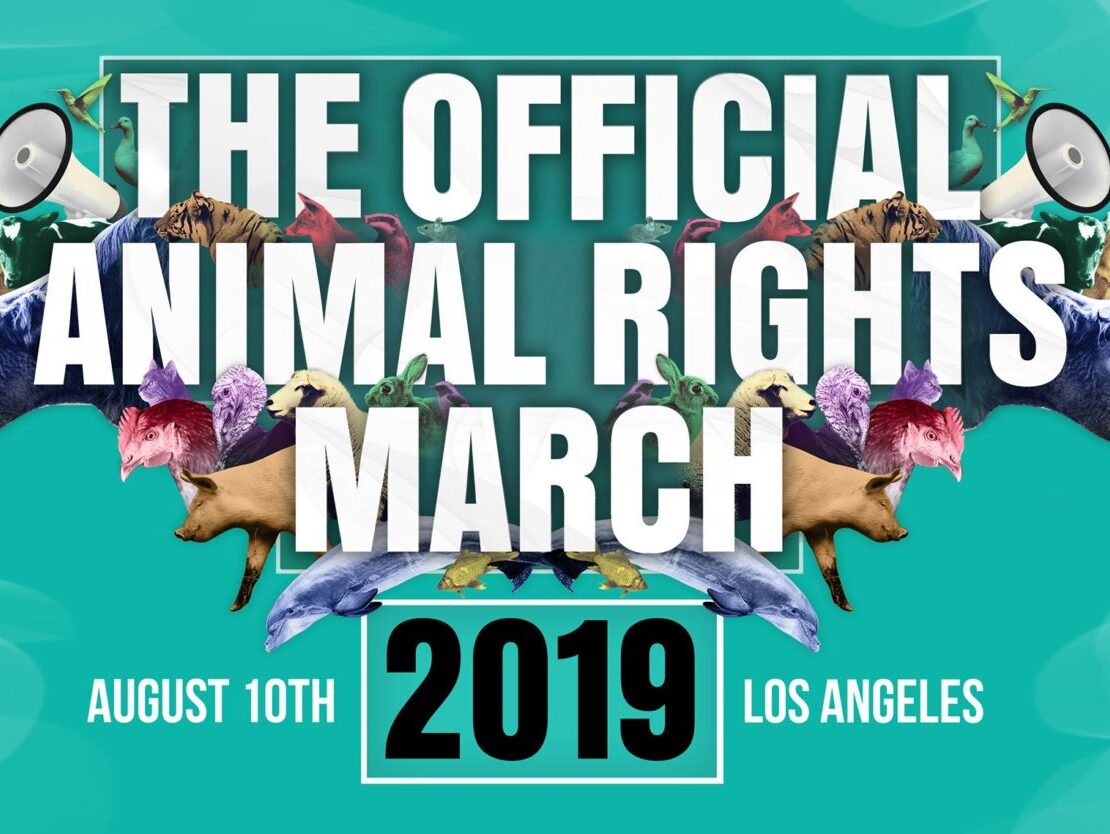 JaneUnChained LIVETALK with leaders of
THE OFFICIAL ANIMAL RIGHTS MARCH! Join us on:

The Official Animal Rights March (TOARM) is an annual vegan march founded by the animal rights organization Surge in 2016. The march began in London in 2016 with 2,500 attendees and by 2018 TOARM succeeded in a global attendance of 28,000 vegans marching in 25 cities across the world, demanding an end to all animal oppression. In 2019 we’re bringing The Official Animal Rights March back to Los Angeles to spread the message of animal liberation across the globe!

This is your chance to get out there and take a stand for the animals and the planet.  Come join the animal rights movement and be on the right side of history with the best people you’ll ever meet. Be there or be square! The future is vegan, but we must continue to speak out on behalf of the animals until the day that their suffering ends. We hope to see you at The Official Animal Rights March and be sure to join us at the Vegan Future Fest after the march to celebrate hope for a better future for all!

Mysterious and Dreamy Vegan Chocolate…Oh My!