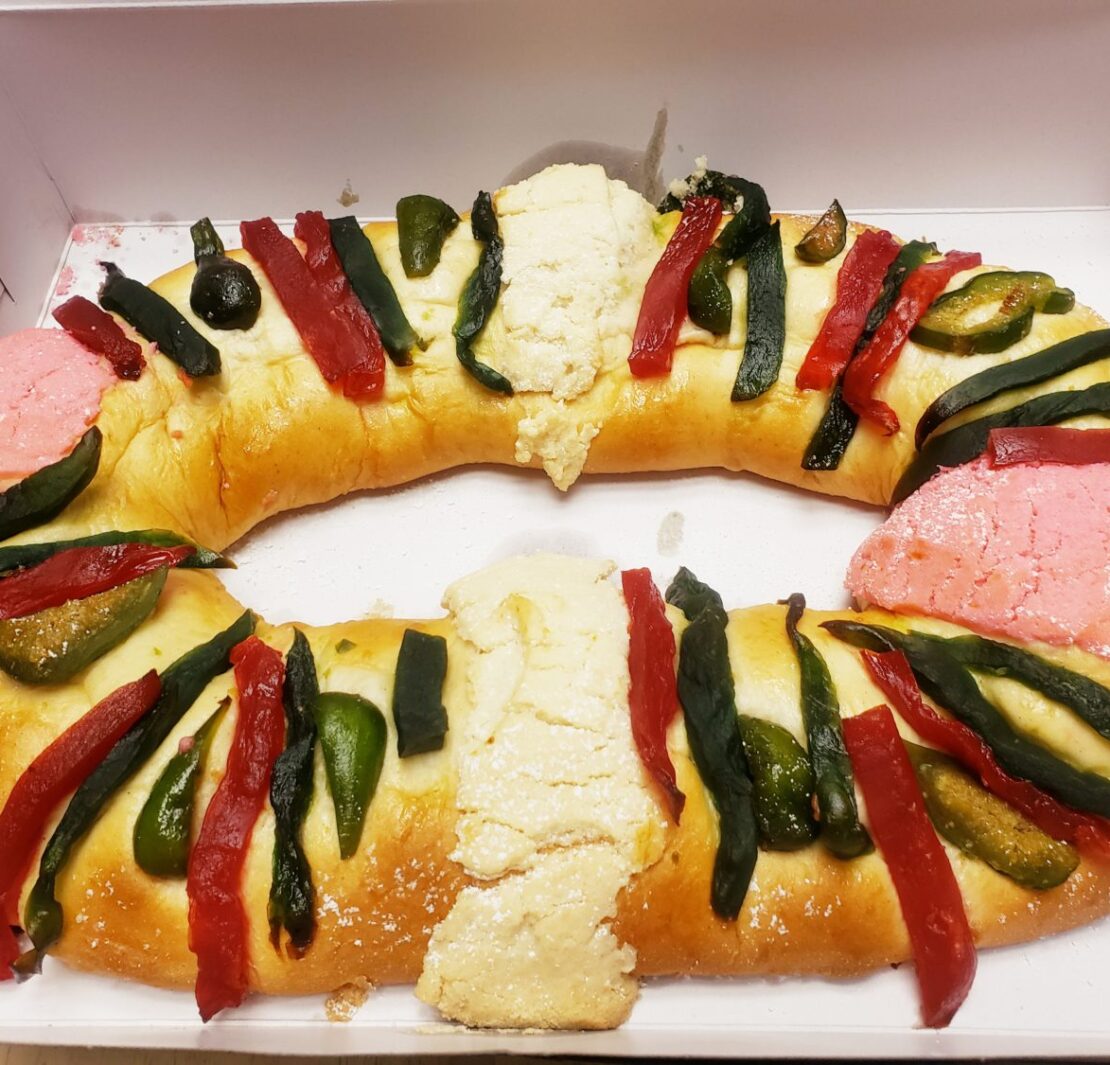 JaneUnChained LIVE in East Los Angeles at Vegan by Victoria’s, an amazingly popular family-owned “Vegan Panaderia.” This is their second location which they hope to open as soon as possible. In the meantime, they are selling their traditional Rosca de Reyes pastry for 3 Kings Day (Dia de Reyes) also known as The Epiphany holiday tomorrow. Today they are opening a special impromptu pop-up to serve their long line of eager customers. They sold out in 1 hour earlier this morning and this the second round! Until this location is officially open you can come to their first bakery location located in Santa Ana, CA and try some of their legendary vegan baked goods. We’ll pop in to show you all their set up today and this gorgeous bread they are selling!

The bakery isn’t open yet but there was a line around the corner to get this special Rosca de Reyes pastry. The meaning behind the pastry slightly differs by culture but it symbolizes the arrival of the Three Wise Men after the birth of Baby Jesus for most. The oval shape of the bread is a “rosca” or wreath shape and whoever receives the Baby Jesus figurine in their piece has to throw a party, or perform a special task. It’s a beautiful tradition and a lot of fun for all of the holiday participants. Did you get the baby Jesus in your Rosca de Reyes bread this year? How fun! Check out Vegan by Victoria’s in Santa Ana and stay tuned to their official opening in East LA!

For a more in-depth explanation of this holiday tradition, see this article on Parade.com!

Perfect Portobello Burger Combo for Day 7 of The 21-Day Kickstart!