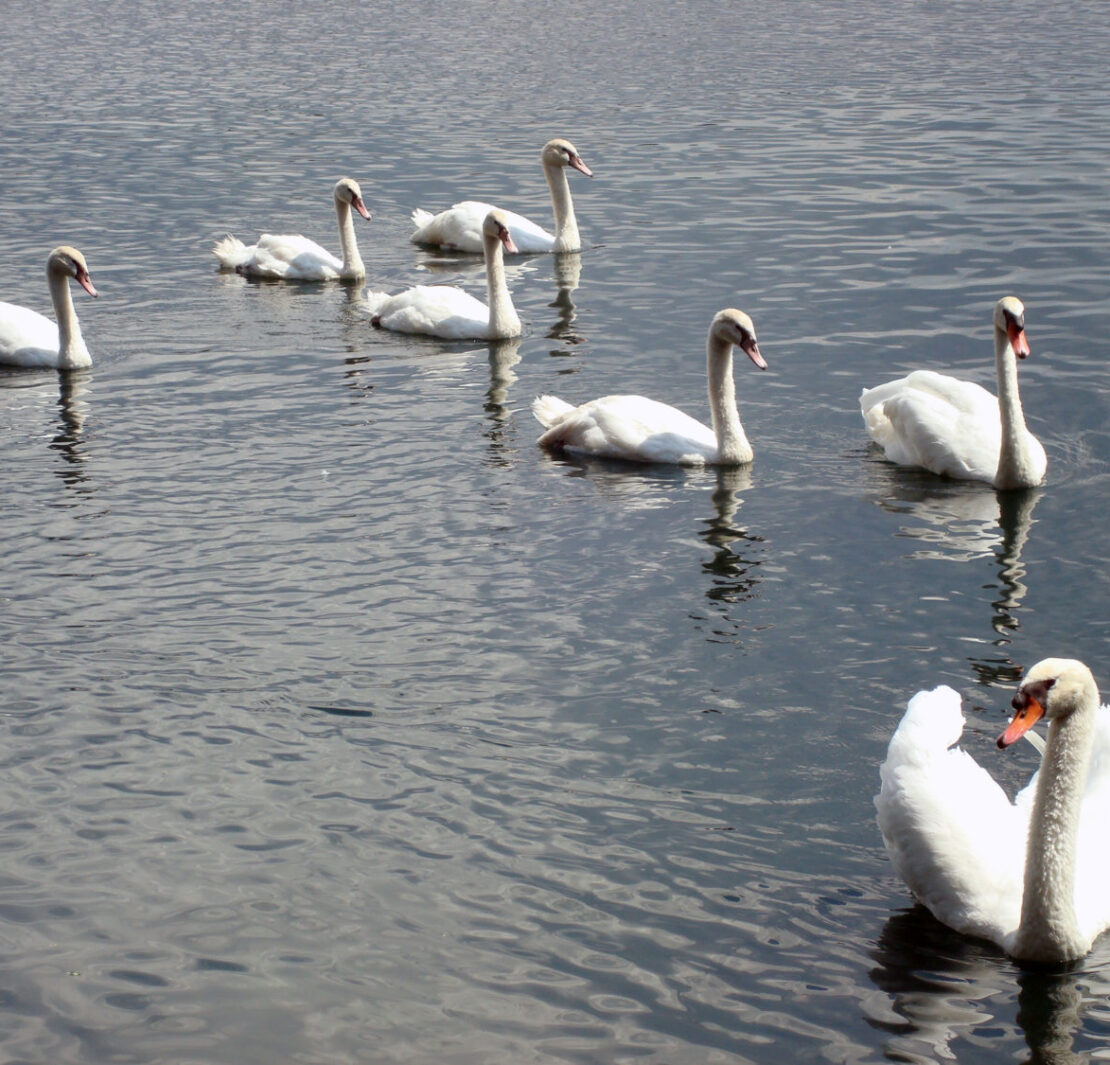 Self defense or human inconvenience?

Swans simply defending their right to live are at risk of being killed by the USDA. The family of swans live on a 9-mile lake in the New York and New Jersey area, but the humans who use the lake recreationally are reluctant to coexist. The swans, who react defensively towards jet skiers, have been deemed aggressive and are therefore are at risk of getting killed by the government.

Local residents Michele Shenker and Joyce Dannheim have watched as jet skiers harass the swans, leading the swans to act out in defense of their young. Shenker recounts watching the jet skiers separate the parents from the babies. Shenker fears the next actions that will be taken by the authorities.

“The Greenwood lake then called in the USDA to assess the swans. We’ve been told that ‘assess’ often means ‘kill.’”

The swans are defending their family–out of fear. Lisa Levinson, who has become involved in this issue as a result of her work with In Defense of Animals, considers the misguided reaction to blame the swans as opposed to the human instigators.

“When the jet skiers go by, they’re supposed to slow down, and they’re also not supposed to go too close to the swans.”

Humanity’s lack of willingness to understand animals, and instead deem them to be inconvenient, puts them at risk of death by the hands of the government.

Shenker can’t help but ask why anyone would live near a lake if they weren’t open to coexisting with the animals who live there:

Part of a larger scheme

Swan expert Sheila Bolin revealed something even more sinister happening across the country. “They’re trying to remove all Mute swans in the United States to free up their habitat to bring in the larger Trumpeter swan for trophy water fowl hunting,” she explains. “We’ve been fighting this issue since around the 1980s.”

As is usually the case in instances of animal exploitation, the main driver is profit. When animals are deemed a “nuisance,” simply for living their lives in suburban areas, the federal government is able to step in and profit off of the removal of these animals. If the government sees an opportunity for profit, the narrative can be written in favor of destroying these beings who deserve to live there. Bolin considers how swans are often criticized as invasive for existing in suburban areas, and for eating too much vegetation. This provides government justification to then kill the swans, and replace them with a different kind of swan for more profit:

“Both state and federal wildlife services have tried to put the Trumpeter swans in places where they have never before existed so that they can be used for trophy waterfowl hunting.” 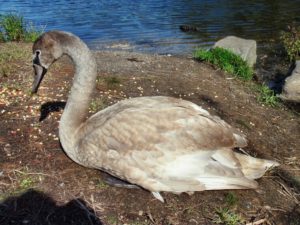 Although the swans deserve protection as a result of their inherent worth as living beings, the human cost of failing to care for them must also be considered. Bolin explains that there is a literal, monetary expense to taxpayers when the USDA gets involved.

“The people do not realize that this program has been going on since the 1980s and it’s run taxpayers millions of dollars. It’s in the billions on a yearly basis.”

But beyond the physical cost, the environmental cost must also be considered in relation to its impact on humankind. Bolin goes on to explain that the swans are essential to the eco-system for humans, too.

“Mute swans are a sentinel species meaning they alert scientists to heavy metals in the lake or in the environment such as led, copper, and mercury. They also alert to harmful microorganisms. So, when you kill the sentinel species, once something goes bad in that lake or in that environment, you have no sentinel sitting there something’s going on. You have no alert system. That’s going to doom not only the habitat but also the people around ”

In the midst of both a pandemic and the 6th mass extinction, humanity’s relationship to the natural world requires sincere reflection and reform.

“There’s just one swan family on this 9-mile lake. Why kill the family?” Lisa Levinson ponders.

Call the Greenwood Lake Commission at 973-962-2241 or email info@gwlc.org and tell them to regulate the actions of the humans using the lake recreationally, and not the swans whose basic living interests are impeded on.