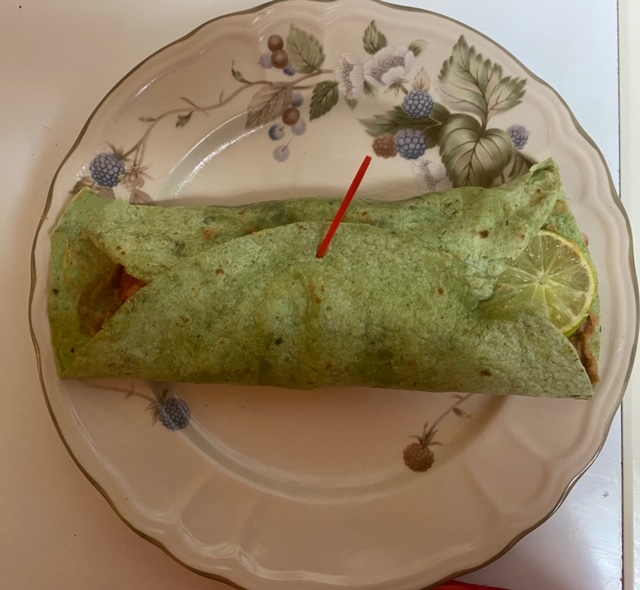 It is vegan burrito time!  Pop in the kitchen with animal activist and ballet choreographer Natasha Middleton, of Pacific Ballet Dance Theatre, creating a spinach burrito in the virtual Ellora Wellness kitchen with host Vanessa Marsot. Dancing through lunch, these two cooked and discussed Natasha’s powerful moving film, “Artists Are Like Animals,” showing the similarity of people feeling caged like animals due to the Coronavirus Pandemic. Here’s the link to her beautifully danced and powerfully made film: https://www.youtube.com/watch?v=aHCOdCeMyxQ

A Tasty Vegan Burrito In Minutes!

Natasha prepares this delicious meal in just minutes, and it can be open face or wrapped because Angelenos love their wraps. This one is loaded with iron and fiber and has a mixture of cooked and raw ingredients, so you get the best of both worlds. Spinach, parsley, and cilantro are starring ingredients, and then a bunch of veggies–be creative and add your own mix–and of course no burrito wrap would be complete without the lime. You can make this oil-free by warming the pan first, or using some of the vegan butter Natasha used.

Vegan Burrito Any Day Of The Week!

You can’t go wrong with burritos.  They are a staple food that almost everyone enjoys.  So why not stuff a delicious vegan burrito full of nutrients, colorful vegetables, and get grubbin’.  I have provided the recipe below so you can follow along with how Natasha made hers, or get creative and add your own favorite ingredients to your vegan burrito!  The possibilities are truly endless. 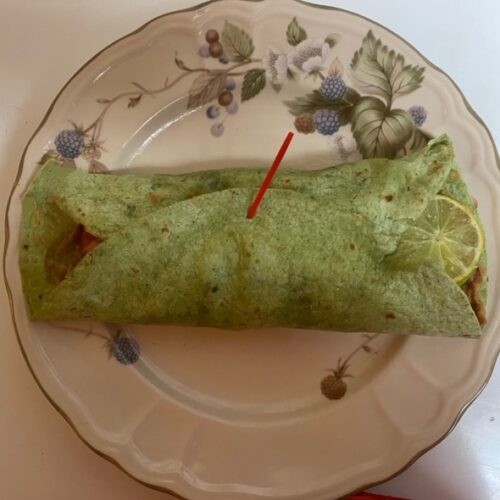 This was a fun episode of #LunchBreakLIVE.  I hope you enjoyed it as much as I did.  We have so many recipe options from all over the world available to you so please feel free to check them out. In the meantime, let’s go make some vegan burritos!  Until next time…

Moroccan Food Any Day Of The Week!