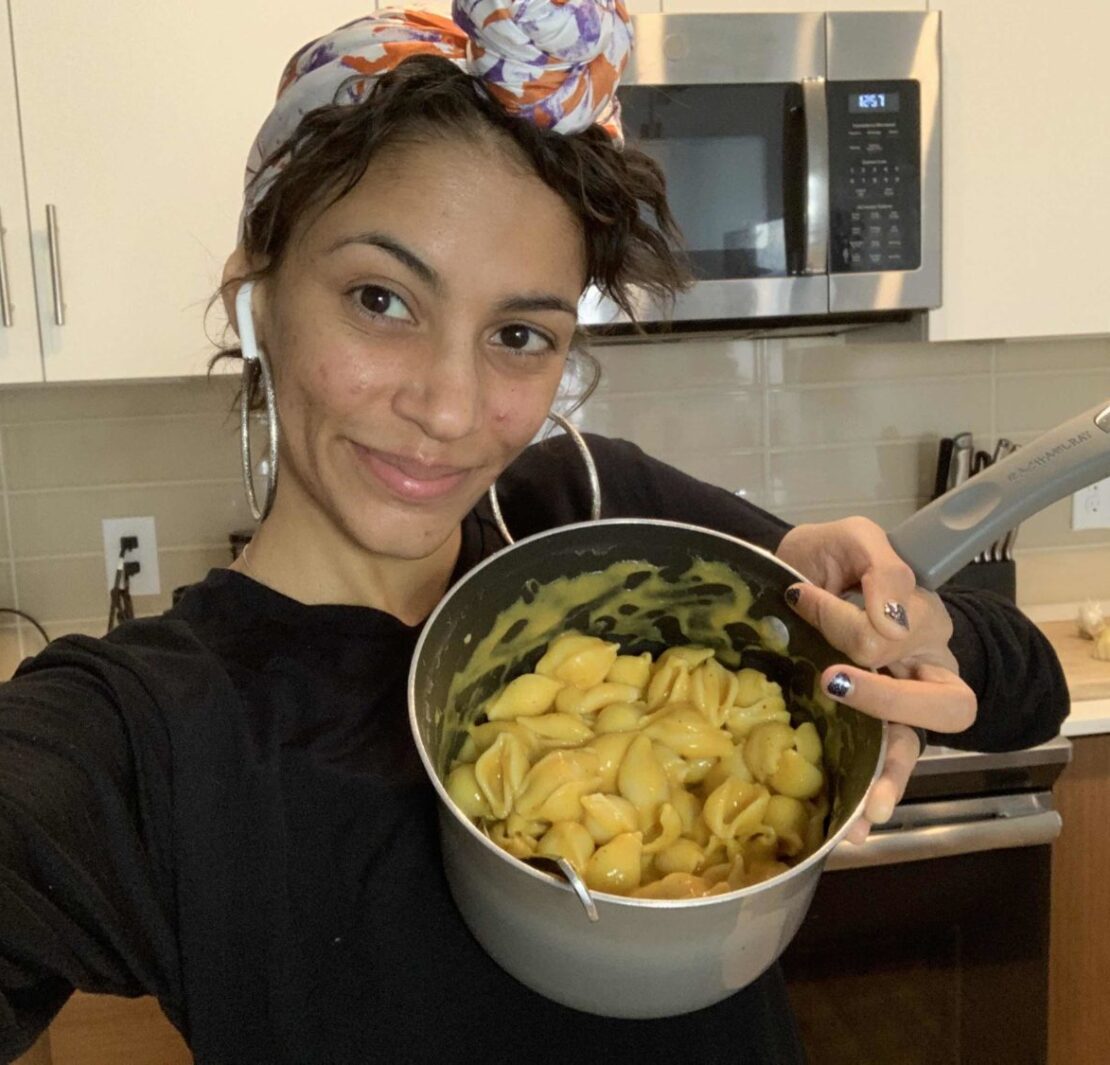 This Vegan Mac and Cheese is Not Your Typical Recipe.

Not your ordinary vegan mac and cheese with Chef Destiny from Eatyodestiny, mixing up a tasty plant-based mac & cheese you’ll never forget, on this episode of #LunchBreakLIVE.  Almost everyone loves mac and cheese, and if you don’t…I can’t relate.  It is a favorite of mine and has been my entire life.  Mac and cheese is a staple American dish that so many kids (and adults) grow up eating.  I lived on mac and cheese when I was a kid.  But now there is a healthy vegan version available, and I bet you won’t even be able to tell the difference.  let’s see how Destiny creates this all-time favorite meal.

Destiny identifies as a Queer, Cuba’Rican from The Bronx, NY. She is currently living the plant-based life in Las Vegas, Nevada, and loves finding deals and shopping on a budget. Destiny has dedicated her social media platform, @eatyodestiny, to educating people on how to eat plant-based without going broke. She’s also a community organizer, does full-time social media management, and hosts events for people of color through the Veggie Mijas collective. Join one of her monthly virtual cooking demos where she shares cheap recipes, and follow her on Instagram where she shares budget-friendly vegan grocery hauls.

Now Back To The Creamy Plant-Based Mac And Cheese

So here’s the thing…I haven’t eaten vegan mac and cheese in ages.  Why?  because let’s be real, generally mac and cheese, even if vegan, is not the healthiest of meals.  But guess what?  This recipe Destiny made for us actually is a healthy and totally guilt-free version of your favorite mac and cheese.  And it is a super inexpensive meal to prepare, which is an added bonus.  It still has that cheesy creaminess to it that we all expect in our mac and cheese.  So I am super excited to try this recipe and introduce this delicious food back into my life!  The recipe is posted below, should you also want to give this a try.  And if you are looking for other vegan recipes to cook up we have so many delicious ones to choose from, so be sure to check those out too.  Until next time…keep cookin’! 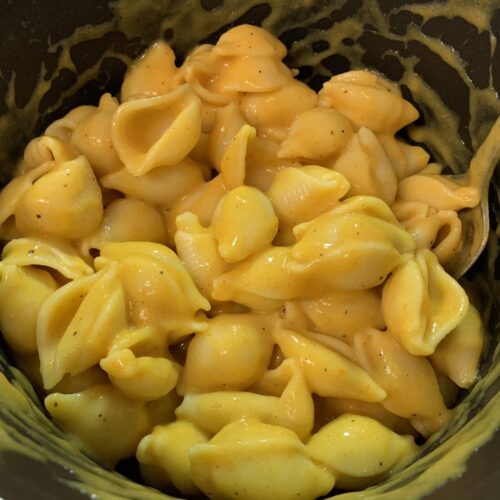