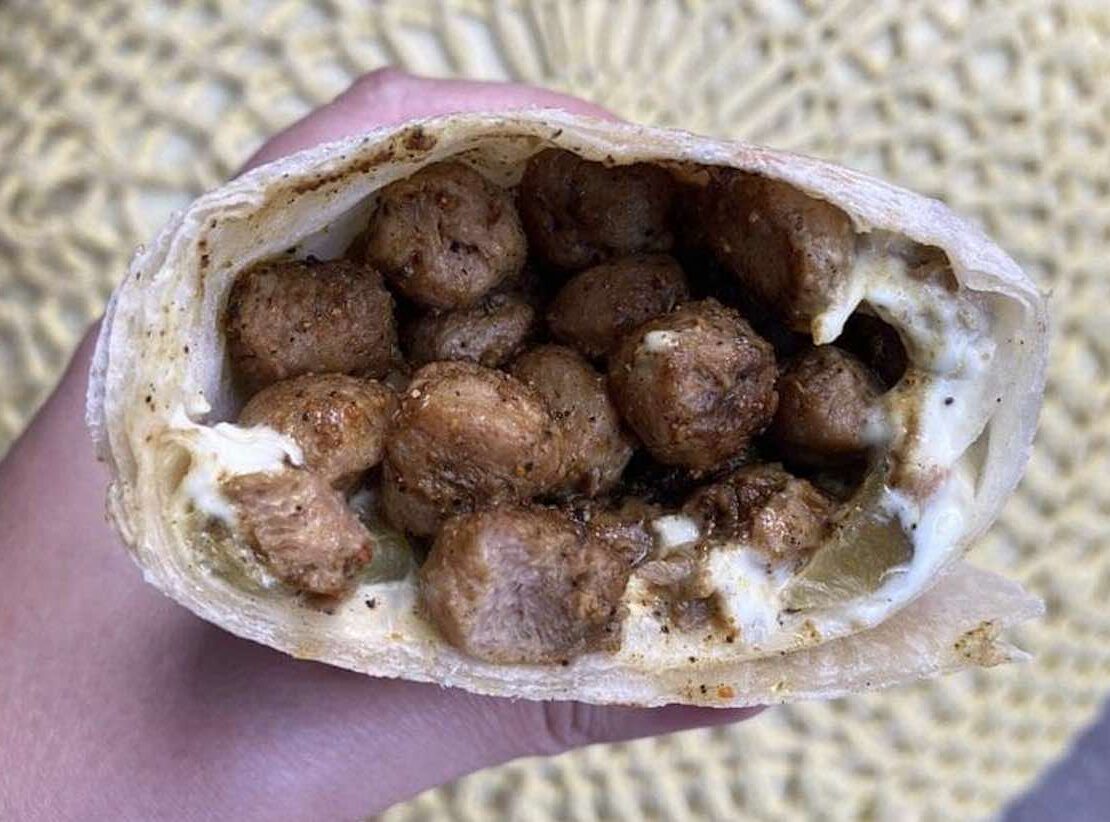 Ever Have Vegan Shawarma?  Get Ready…It’s Time!

Home of the Vegan Shawarma! #LIVE from Amman, Jordan at the 100% Vegan Restaurant Bayt Sara, serving Italian and Romanian cuisine, along with some Arabic street food recipes. While busy providing delicious vegan European dishes, founder Sara Banna joins us on #LunchBreakLIVE and shows us how she makes the best vegan Shawarma ever! Join in on this culinary adventure.  Let’s dive right in…

A Magnificant Chef With A Passion For Food

We wanted to learn a bit more about our guest Chef Sara Bana, this is what she had to say…

“My name is Sara Bana, half Jordanian, half Romanian. I was born and raised in Romania and have lived around Europe, mostly in Italy. All my life I’ve been a waiter and a bartender and I reached a point where I became an F&B manager in Italy. I had been working for 2 years in one of the most well-known restaurants in Ischia, the Italian island. There I was impressed by our 75-year-old chef and decided that I wanted to learn the trade. One day, the chef told me “you deserve better, I’m sure that one day you will have your own business, as I see your work ethic and determination”. Since then I’ve been obsessed with this idea of having my own business in the food industry. I saved money on a monthly basis so I could achieve this dream. After 3 years of working (still in Italy) I decided to open my own restaurant. It was a fruitful business and I ran it for 3 years. However, I decided to close the place and move to Jordan to be closer to my family. Since I already had experience running a restaurant, I decided to give it a shot in Jordan, so I rented a garage. It took me 8 months of manual labor to transform the garage into what is known today as Bayt Sara (in English meaning Sarah’s House). Initially, it started as a vegetarian restaurant and because of my background, I decided to offer a Romanian and Italian menu. Speaking with my customers, I noticed that there is a real need for vegan food, as there weren’t any establishments that served a fully vegan menu and people wanted more variety. Thus, I decided to adapt some Arabic street food recipes, while serving some European dishes and the vegan shawarma was born. People loved it, as a lot of local vegans initially started as meat-eaters and were missing the taste of shawarma. The recipe was a huge hit and encouraged me to come up with new ideas. Since then, through experimentation, I expanded my menu to be what it is today. A few of the items I brought with me from Europe and some Arabic-inspired dishes as well. This made Bayt Sara be the third vegan-certified restaurant in the Middle East by BeVeg Vegan. A lot of the proceeds from the restaurant go into feeding and caring for the street cats.”

Wow, what an amazing young woman with so much dedication and passion for cooking and providing vegan food to her community.

Shawarma is traditionally meat originally made from Lamb, but Sara has totally veganized it and her community loves it.  She uses soy curls as the base for the “meat” which has the perfect texture for this meal, and she adds a whole lotta other delicious ingredients and spices to give you the flavor you expect when eating Shawarma.  Once you stuff your pita bread with this vegan meat, you won’t be able to tell the difference from the traditional version.  And it is far healthier for you, and contains zero cruelty!  I hope you will give it a try.

Yes, You Can Have Vegan Ceviche! 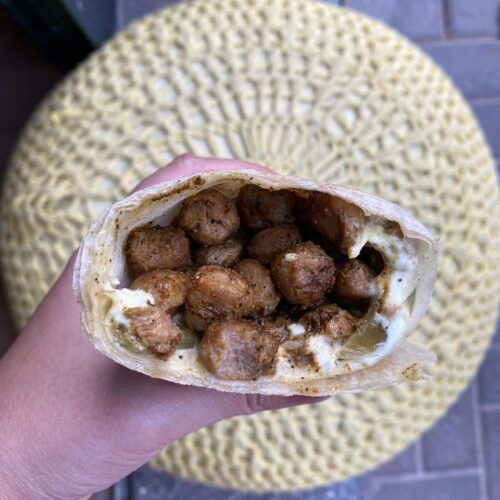 This is traditional Middle Eastern Shawarma that has been veganized to perfection. A recipe you must try and are sure to enjoy. So get your pita bread ready!
Print Recipe Pin Recipe
Course Dinner, Lunch
Cuisine Middle Eastern

This was an awesome show with an incredible Chef joining us all the way from Amman, Jordon!  What an amazing experience.  We learned how to make traditional Shawarma, vegan style.  It looks so delicious, and I think it would be a super fun recipe to try at home.  If you are looking for other plant-based recipes to try, be sure to jump on over to the #LunchBreakLIVE page where we have a ton to choose from.  Until next time…keep cookin’!