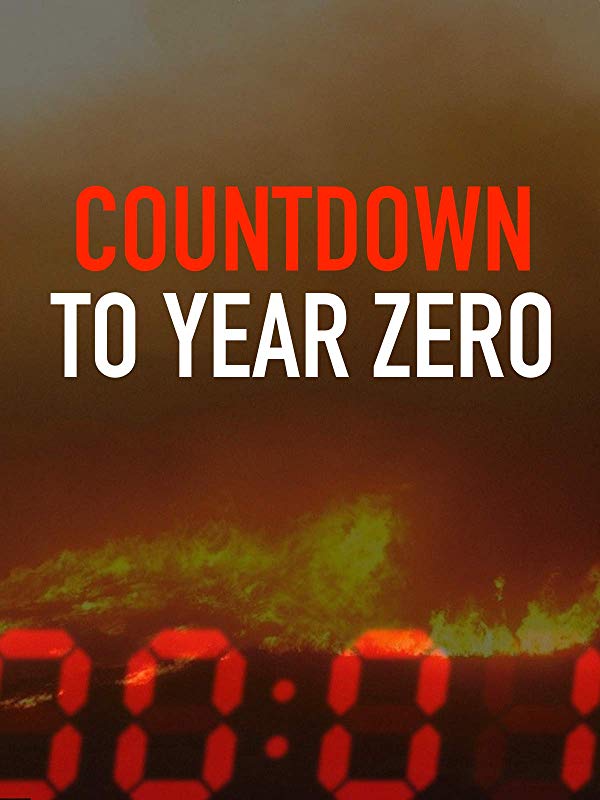 Watch Countdown to Year Zero for FREE on UnChainedTV

If you’re not already worried about climate change, watch Countdown to Year Zero and you will be. It’s not graphic, but the information is scarier than Night of the Living Dead!

Now, you can watch it, for FREE, on UnChainedTV, our new streaming television network for veganism and animal rights.  Download UnChainedTV from your iPhone or Android phone APP store, or your Roku, Amazon Fire Stick, or AppleTV device (not to be confused with the Apple + subscription). Get the latest vegan/animal rights breaking news, plus movies, vegan cooking shows, music videos, business, fitness, and talk shows… and it’s all plant-based!  Download UnChainedTV on one or more of these platforms today. Check it out and, if you like it, give it a 5-star review!

The Clock Is Ticking!

That’s the movie’s tagline and it’s the truth. The global economy has less than a decade to transition to a plant-based system or we will cross into a point of no return, which will make an ecological apocalypse inevitable. This is the message of Countdown to Year Zero, the 2019 must-watch vegan documentary.

Produced and directed by Jane Velez-Mitchell, and shot and edited by Jeff Adams from VeganLinked, this poignant 53-minute film is a wake-up call. If you haven’t seen it yet, here is the trailer:

What is the Underlying Problem Countdown to Year Zero addresses?

The star of Countdown to Year Zero is Dr. Sailesh Rao, founder of PreventYearZero.org and Climatehealers.org. An electrical engineer by training with a Ph.D. from Stanford University, Sailesh’s technology career includes service with AT&T Bell Labs and Intel. The documentary introduces him as the expert who, using the same process used to create the Internet — which he was involved with — will now create a vegan world by 2026. In a way, he is the basic narrator. He explains the core message with great gravitas, lucidity, and credibility. This is what he says about what the problem is:

“We have been living in the system of normalized violence and we’ve been killing animals at such a fast pace. We kill more animals in 4 to 12 hours than all the humans that ever died in wars throughout human history put together.”

“If we are killing all the wild animals off, we are really killing ourselves off.”

The latest estimations of what is going on are sobering. Populations of mammals, birds, fish, reptiles and amphibians, have, on average, declined by 60% between 1970 and 2014. The Earth has lost about half of its shallow-water corals in the past 30 years. A fifth of the Amazon has disappeared in just 50 years.

Earth is already well into a 6th mass extinction episode!!

Who is Responsible for this Destruction?

Humans, of course. Human-made climate change activities and, especially, animal agriculture are to blame. This is the leading cause of global deforestation, habitat destruction, soil degradation, wildlife extinction, and ocean dead zones. This is because it is so resource-intensive and highly inefficient, and emits great quantities of greenhouse gases.

Livestock is the world’s largest user of land resources representing almost 80% of all agricultural land. Less than one-third of the Earth’s surface is land, but not all of that land is arable. Of the land used for agriculture, animal agriculture uses about three quarters in some shape or form.

And it is used wildly inefficiently. It takes 2,500 gallons of water, 12 pounds of grain, 35 pounds of topsoil and the energy equivalent of one gallon of gasoline to produce one pound of feedlot beef.

It’s not only the land. The Oceans too. Captain Paul Watson, the founder of Sea Shephard Conservation Society, says:

“We are overfishing the oceans. And 40% of fish caught in the ocean is to feed pigs, chicken, and domestic salmon.”

“The production of 70% of the oxygen we breathe comes from phytoplankton. And we diminished phytoplankton populations by about 40% since 1950.” – Captain Paul Watson, Sea Shephard Conservation Society

How Can We Fix it?

There is a clear solution for this emergency. If we replace animal agriculture with regenerative veganic agriculture, we could stop destroying natural ecosystems. We could end human world hunger, we could save all these animals, and we could stop climate change. All if we just changed our diets. The solution is to build a vegan world. But what do we need to do now to get there?

Everyone must help and build it a step at a time, from individuals to governments. We need farmers and rangers to stop rearing livestock. And, we need to get politicians to help them to transition. And, there’s nobody better to tell them than the renowned Swedish climate change activist Greta Thunberg, founder of the Youth Strike 4 Climate. She said this in 2019 when she was 15 years old:

“For way too long the politicians and the people in power have gotten away with not doing anything to fight the climate crisis. But we will make sure that they will not get away with it any longer. We will continue to school strike until they do something.”

We also need consumers to change their choices. And nobody better to tell them than the prestigious primatologist and anthropologist Jane Goodall. She said this in 2019 when she was 85 years old:

“I will tell consumers to eat less or no meat. To move towards a plant-based diet.”

Activists All Over the World Counting Down to Year Zero

At one point Countdown to Year Zero moves away from famous people and goes to many grassroots activists’ meetings all over the world — some workshops organized by PreventYearZero.org. Their messages give us hope through a very interesting collage of connected statements. Collectively, they say:

And they have continued working for this goal ever since. Now that Countdown to Year Zero has received so many laurels, more people will hear about it and pass the message.