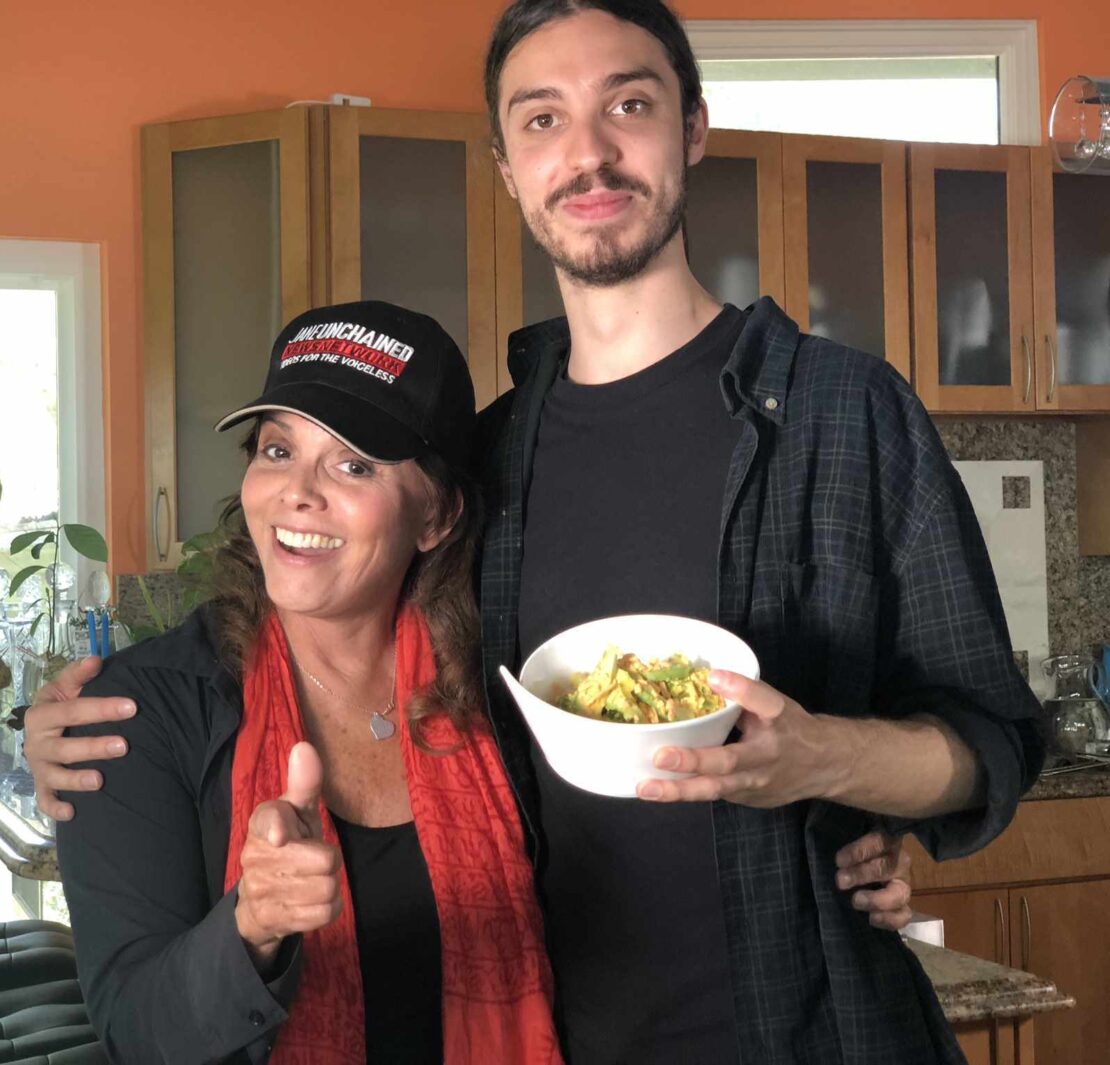 #LunchBreakLIVE with the amazing British activist Earthling Ed! Ed’s making Cashew Cream Penne Rigate, 100% plant-based, dairy-free & delish! Ed also talks to Jane Velez-Mitchell about how he wakes people up to the horrors of animal agriculture and the joys of a vegan diet! His message has gone global! Hear him and experience the shift to compassion! Learn more about him at earthlinged.com.
So many people have said Earthling Ed‘s message, through his talks, videos and tours, have inspired them to switch to a compassionate diet. Here is just one testimonial.
“I am 57 and I have always eaten meat, dairy and animal products. I can honestly say before watching your film I had no idea or even gave a second thought to where my food came from. I was filled with horror, guilt, tears and an overwhelming sadness that as a consumer I was contributing towards such suffering. Well, no more, the next day, five weeks ago now, I went vegan. I feel healthier, have lost 15 pounds in weight and can now live with myself knowing that I am not contributing towards any animal suffering. As you say at the end of Land of Hope and Glory, you can’t say you didn’t know. I just wanted you to know that and let you know that you are inspiring people, even oldies like me, to change. Thank you Ed.”

Soak a cup of raw cashews for two hours.

Put in blender or food processor with a cup of soy milk.

Add a quarter of a cup of nutritional yeast, a dash of tumeric, garlic salt and other spices of your choosing.

Add more soaked cashews and blend again to increase the thickness as desired.

Vegan Pigs In A Blanket. Piggy-less For Super Bowl Sunday!

Take a bowl of stripped and chopped kale and sprinkle with lemon juice.

Sprinkle on shredded vegan cheese of your preference and sliced avocado and enjoy!

Penne Pasta And Much More!

Cheer Up With A Chickpea Sunflower Salad Sandwich